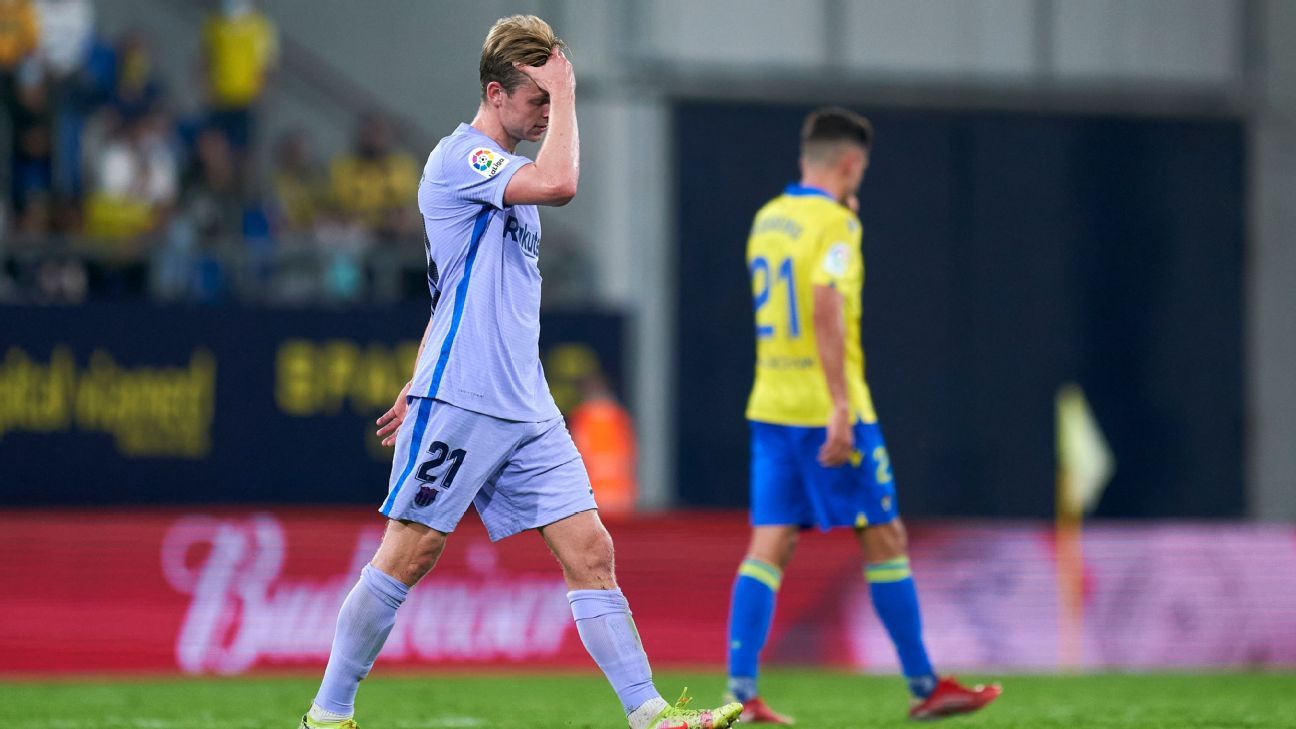 Barcelona had another disappointing result on Thursday night, being held to a 0-0 draw with Cadiz in a match at the Nuevo Mirandilla.

Ronald Koeman came into the match under pressure after a stuttering start to the season, with Barca president Joan Laporta saying on Thursday that he supported the Dutch manager while adding that results need to improve or action would be taken.

Unfortunately for Koeman and Barca, a lacklustre first half saw the Catalans fashion few legitimate opportunities despite dominating possession before going into the dressing room locked in a goalless draw.

Barca keeper Marc-Andre ter Stegen was called into action just after the restart, diving high and to his right to parry away a deft, outside-of-the-foot shot from Alvaro Negredo.

Memphis Depay saw a good chance saved by Cadiz keeper Jeremias Ledesma soon after, his well-struck, left-footed shot blocked by the goalie as it was headed for the back of the net.

Midfielder Sergi Roberto, who calm on at half-time for Yusuf Demir, issued a rallying cry to his teammates after the match, maintained Barca were good enough to battle for the title.

“Here we have to try and win LaLiga. This notion of it’s ok to finish in the top four doesn’t work for me,” Roberto said.

“We need to fight for the league. The squad is very good, and we have some injuries but that’s not an excuse.

“We’ve got a squad who can fight for the LaLiga title and I don’t think other sides have better squads than us.”

Frenkie de Jong was shown a pair of yellow cards inside of five minutes after the hour for two clumsy tackles, with the Netherlands international forced to leave the pitch and leave Barca to finish the match with 10 men.

Memphis had a bad miss in second-half stoppage time, firing wide of the far post after being played in by Gerard Pique with no one to beat but the keeper.

Koeman was also sent off in the dying minutes with a straight red card for dissent.

“All I said to the fourth official was that there were two balls on the pitch,” Koeman said. “They send you off for nothing in this country. I asked the referee in a calm manner, but let’s leave it as it’s not my problem.”

Barcelona, who drew 1-1 versus Getafe on Monday, are now in seventh place in LaLiga with nine points and a game in hand over most of the teams above them in Spain.