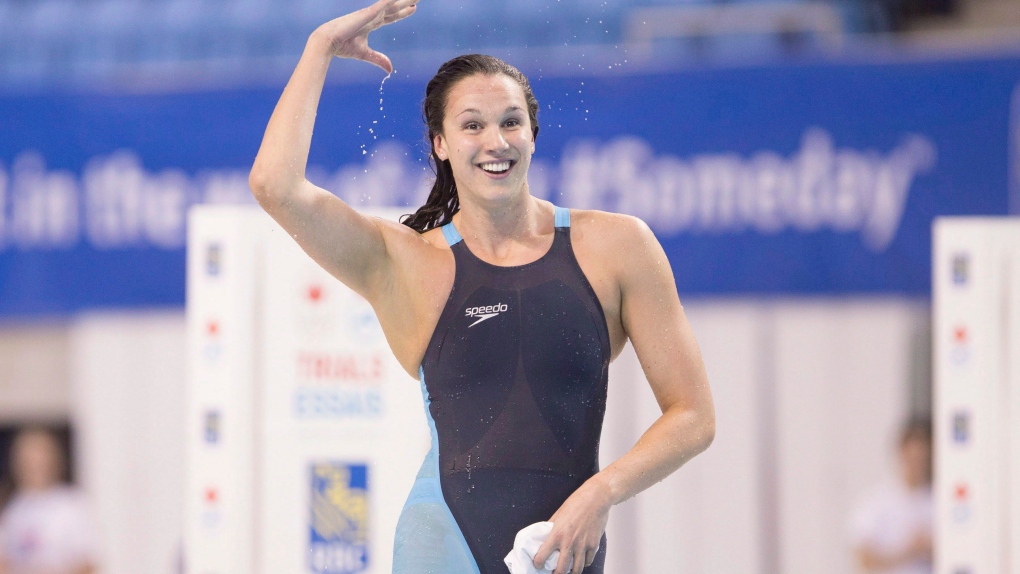 The Toronto Titans sit fourth after the opening day of their final match of the International Swimming League’s regular campaign, while the undefeated Energy Standard took a commanding lead following another strong performance on Thursday in Naples, Italy.

Canadian Olympic medalist Kylie Masse gave the Titans their fourth victory of the match with a tight victory in the women’s 50-metre backstroke (26.23 seconds), but it ultimately wasn’t enough to push Toronto up the match standings.

Fellow Canadian Olympian Sydney Pickrem won the women’s 200 individual medley to help move the London Roar into second place — touching the wall in 2:04.59 for the fastest time of the ISL season.

Energy Standard leads with 300.5 points entering the final day, followed by London with 227 points, D.C. Trident with 193 points, and Toronto with 185.5 points.

The top six teams in the regular season standings automatically move on to the playoffs in November, while the bottom four teams will square off in the play-in wildcard match on Sept. 29-30 for the two remaining post-season spots.

Toronto has already secured a playoff spot along with Energy Standard and the London Roar, while the D.C. Trident are guaranteed a spot in next week’s play-in match.

Led by numerous Canadian Olympians, the Titans took an early lead after winning the first three events of the day.

Louise Hansson got things started for Toronto by winning the women’s 100 butterfly to earn 10 points with a time of 55.67, and Marius Kusch followed it up with a victory in the men’s 100 butterfly — touching in 49.73 to add nine points.

Energy Standard then proceeded to roll off six consecutive wins to claim the lead while Toronto fell behind, including a massive victory in the women’s 4×100 freestyle relay that created major separation.

Pickrem gave the Roar their first victory of the match with a victory in the women’s 200 individual medley, finishing ahead of Harvey in second (2:05.30). Canada’s Andison of the Trident and Tessa Cieplucha of the Titans finished third and fourth, respectively.