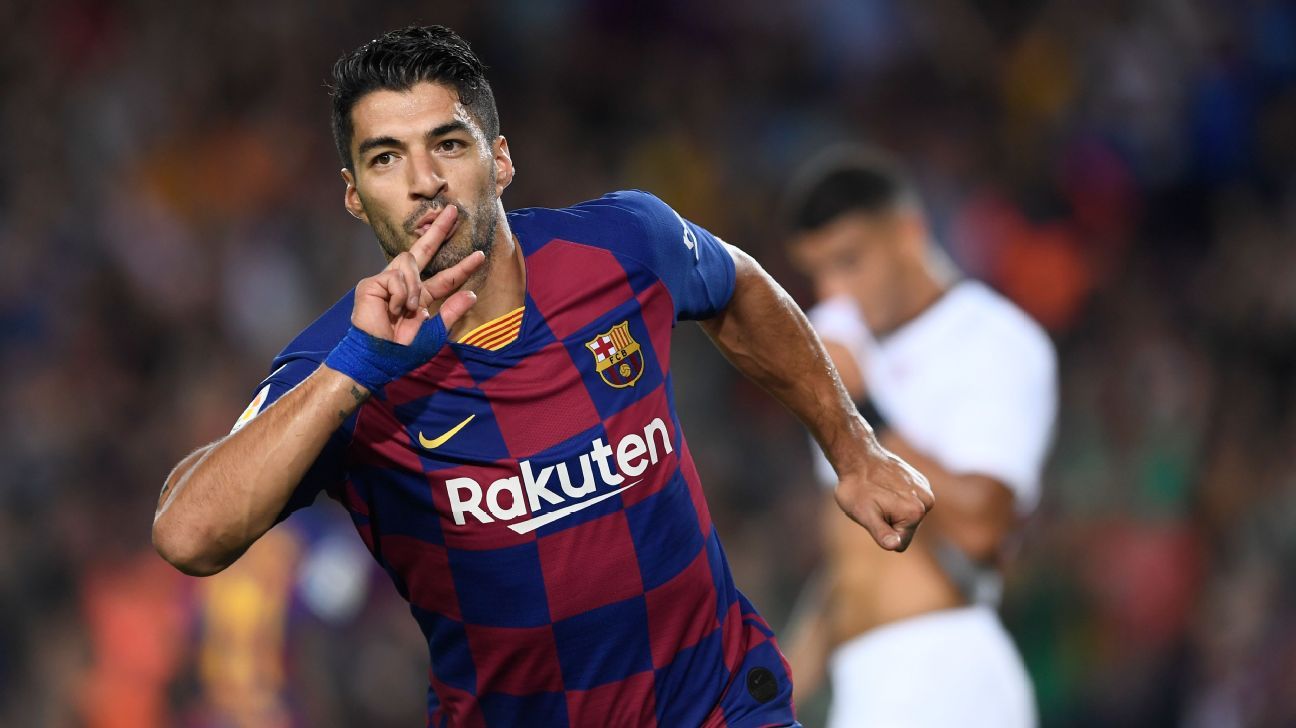 Barcelona’s attempt to cut ties with Luis Suarez could get messy.

With the two sides at an impasse over the player’s contract, some Barcelona officials are considering banishing Suarez to the stands this season if the dispute isn’t fixed, according to Sam Marsden and Moises Llorens of ESPN FC.

Barcelona are ready to move on from the Uruguayan striker despite his tremendously successful career at the club, with new manager Ronald Koeman reportedly excluding Suarez from the team’s training sessions as it prepares for the new campaign.

However, Suarez won’t leave without being immediately paid the remainder of his €25-million salary, Marsden and Llorens add.

Barcelona prefers to sell Suarez – who has one year left on his contract – for a fraction of his value rather than meet the 33-year-old’s demands.

Ultimately, Koeman is estimated to have the final say over the player’s future at the club.

Juventus emerge to be the most interested in signing the forward, but there are several obstacles, including the contract dispute, before a move to Italy can be completed.

A potential deal could be similar to the agreement Barcelona had with Sevilla when they sold Ivan Rakitic for an initial fee of €1.5 million.

Suarez is third on Barcelona’s all-time scoring list with 198 goals. He arrived at the Camp Nou from Liverpool in 2014.

In addition to resolving his contract situation, Suarez still needs to pass a language test to obtain Italian citizenship, while Juve also have a number of other options on the table as they look for a new striker to pair Cristiano Ronaldo. The club is also looking to sell a number of other players, involving Samuel Umtiti, Rafinha and Jean-Clair Todibo, but are struggling to find buyers.

Barca will be unable to make signings this summer unless they bring in some cash through player sales and further reduce the game’s biggest wage bill.