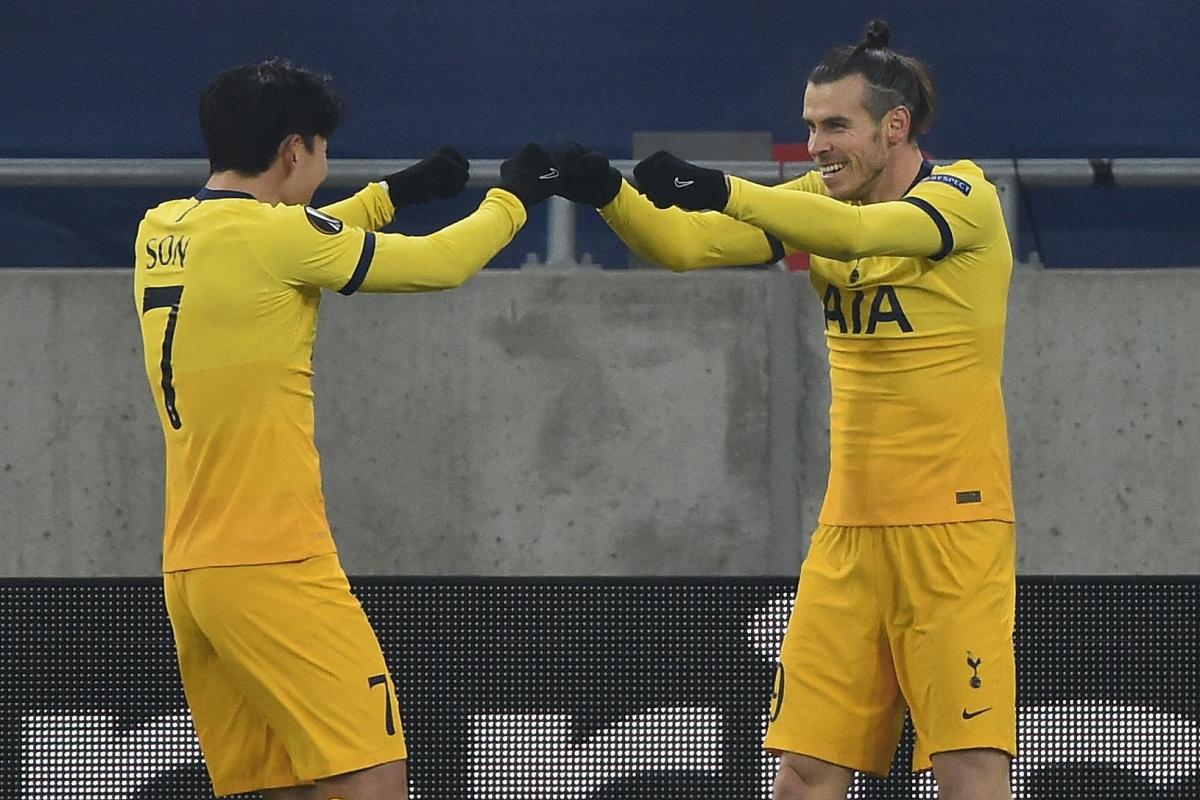 Gareth Bale scored one goal and created another as Tottenham Hotspur enjoyed a 4-1 victory in the first leg of their Europa League last-32 clash with Austrian side Wolfsberger on Thursday.

The Welshman, whose starts have mainly been limited to the Europa League since returning to Spurs on loan from Real Madrid in October, set up Son Heung-Min for his side’s opener.

Bale struck a classy second goal in the 28th minute, taking his tally for the season to five, before Lucas Moura made it 3-0 with a solo effort before halftime.

Wolfsberger, the home side despite having to play in the Puskas Arena in Budapest because of Austrian COVID-19 travel restrictions, made a match of it after the break with Michael Liendl pulling a goal back from the penalty spot.

Chris Wernitznig almost scored again for the hosts when his shot struck the underside of the crossbar and stayed out before Tottenham replacement Carlos Vinicius, who had replaced Son at halftime, touched home his side’s fourth late on.

It was Tottenham’s first away victory in the knockout stages of the Europa League since 2008 and Jose Mourinho, a winner of the competition with Manchester United, is clearly taking it seriously.

Spurs lost four of their last five games in the Premier League and will be hoping the victory kickstarts a revival.

“Winning games breeds confidence and hopefully now this can be the start of a good run,” Bale said.

Bale was given a rare start, as was Dele Alli, and both impressed in a dominant first half for Tottenham. Harry Kane did not travel to Budapest.

Bale’s low cross was met with an instinctive stooping header by Son and when he was played in again on the right by Matt Doherty he cleverly backheeled the ball before spinning and firing a left-foot shot past Alexander Kofler.

Tottenham keeper Hugo Lloris made a great save to tip Dario Vizinger’s header on to the woodwork before Moura put Spurs in command as he cut in from the left and sliced through Wolfsberg’s defense before beating Koflet with a low shot.

Tottenham’s intensity dropped after the break and they were punished when Moussa Sissoko clipped Wernitznig in the area in the 55th minute and Liendl slotted home the penalty.

Had Wernitznig’s effort been a fraction lower it could have got uncomfortable for Tottenham but Vinicius made sure they take a comfortable lead into next week’s second leg in north London.

Mourinho was satisfied with the effort from his players, calling out Bale and Alli.

“We had a result and we had a team performance. I believe they were positive like the team was,” Mourinho said. “I took Gareth off. I know in this process it was not so easy to play the 90 minutes. Dele worked hard. He got a yellow card and with the referee giving yellow cards so easily to us I didn’t want to risk it.”

On Kane’s absence, Mourinho said: “His feelings were that to play this game could be a risk with the accumulation of minutes and the accumulation of minutes after the [ankle] injury that he had. “Of course myself and the medical department, we agreed with him in giving him this opportunity to take care of his condition, but I believe on Sunday he will be OK and ready [against West Ham].”