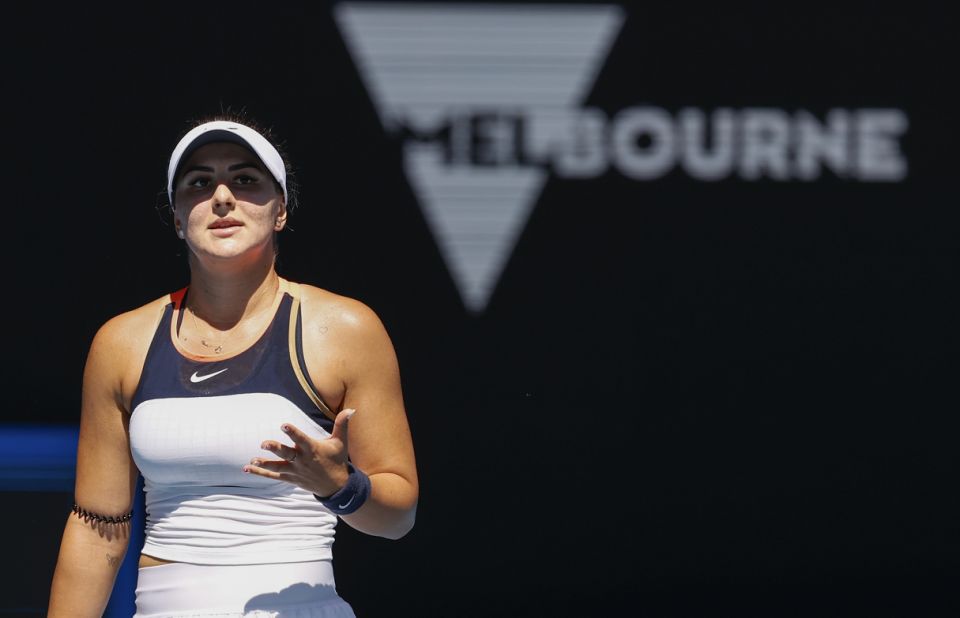 Andreescu’s agent, Jonathan Dasnieres de Veigy, confirmed her withdrawal from tournaments in Doha and Dubai in an email to The Canadian Press.

Organizers from the upcoming Adelaide International in South Australia previously confirmed Andreescu’s withdrawal from that tournament.

Dasnieres de Veigy stated Andreescu wants to make sure she is in shape for the Miami Open, a WTA 1000-level event that starts March 23.

“The lower body issue she had is not concerning at all but she has to think about the longevity of the season and of her career,” he said.

“After coming back from 15 months (off) and playing long, tough matches, I’m dealing with a lower body issue,” Andreescu said in a statement released by Adelaide International organizers. “I want to think about the rest of the season so I’m pulling out of Adelaide.”

Andreescu returned to action at the Australian Open earlier this month after a 15-month absence from the WTA Tour.

The 20-year-old from Mississauga, Ont., suffered a torn meniscus in her left knee in October 2019, then focused on training last year rather than a return to the WTA Tour once it resumed after a pause due to the COVID-19 pandemic.

Andreescu was defeated in the second round of the Australian Open by Taiwanese veteran Hsieh Su-Wei. The world No. 9 followed her ouster from the first Grand Slam of the year by putting together a nice run at the Phillip Island Trophy tournament in Melbourne, where she was defeated by Marie Bouzkova in the semifinals.