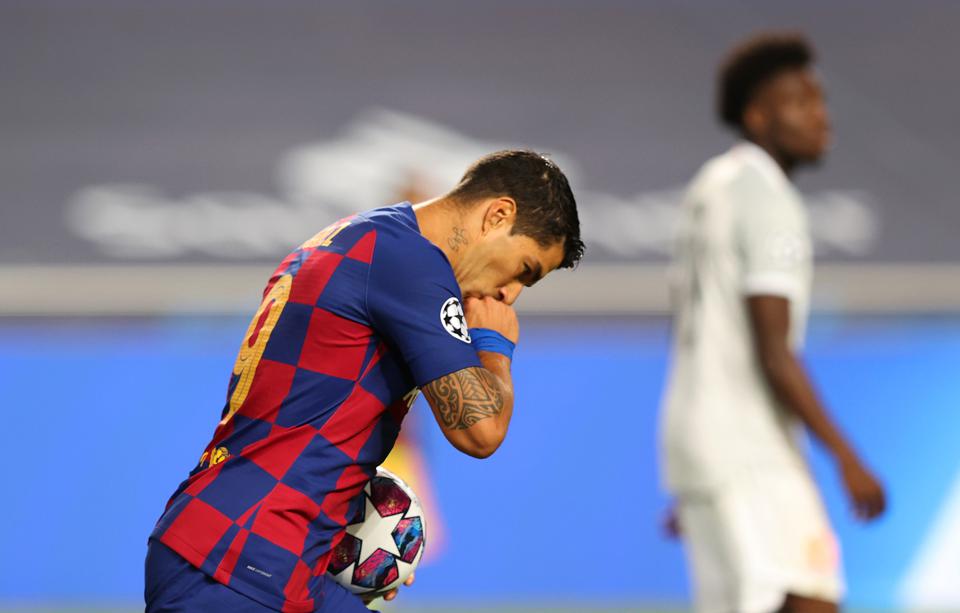 Barcelona striker Luis Suarez has agreed a deal with the club to end his contract and settled on personal terms with Atletico Madrid, according to reports in Spain on Monday.

The Catalans’ third top scorer of all time was told he was not wanted by new Barcelona coach Ronald Koeman and has been looking for a new club.

Suarez (33), who has one year to run on his Barcelona contract, agreed a deal with the club to cut it short, reports said. Mundo Deportivo stated Suarez has fixed a contract with Atletico Madrid for two campaigns, although the club will need to lighten their wage bill to accommodate the Uruguayan.

Reports in Italy say Juventus are in talks with Atletico to re-sign Spain striker Alvaro Morata.

Suarez had been heavily linked with Juventus but coach Andrea Pirlo stated it was unlikely he would come to Italy because of the difficulty in obtaining an EU passport.

Despite travelling to Perugia last Thursday for a language test to speed up his nationalisation, it’s still not certain that Suarez will have an Italian passport in time for the registration deadline for the Champions League next month.

Atletico, meanwhile, have been working behind the scenes on a deal for weeks, with Suarez happy to remain in Spain and keen to work with Simeone.

The striker concluded as Barca’s second-highest scorer last season behind captain Lionel Messi and scored 198 goals in 283 matches for Barca, after joining in 2014 from Liverpool. During his time at the club, he has won 14 trophies, including four La Liga titles and one Champions League.

Barcelona’s desire to overhaul their squad and reduce their wage bill following the 8-2 loss to Bayern Munich last month, though, saw him deemed surplus to requirements.