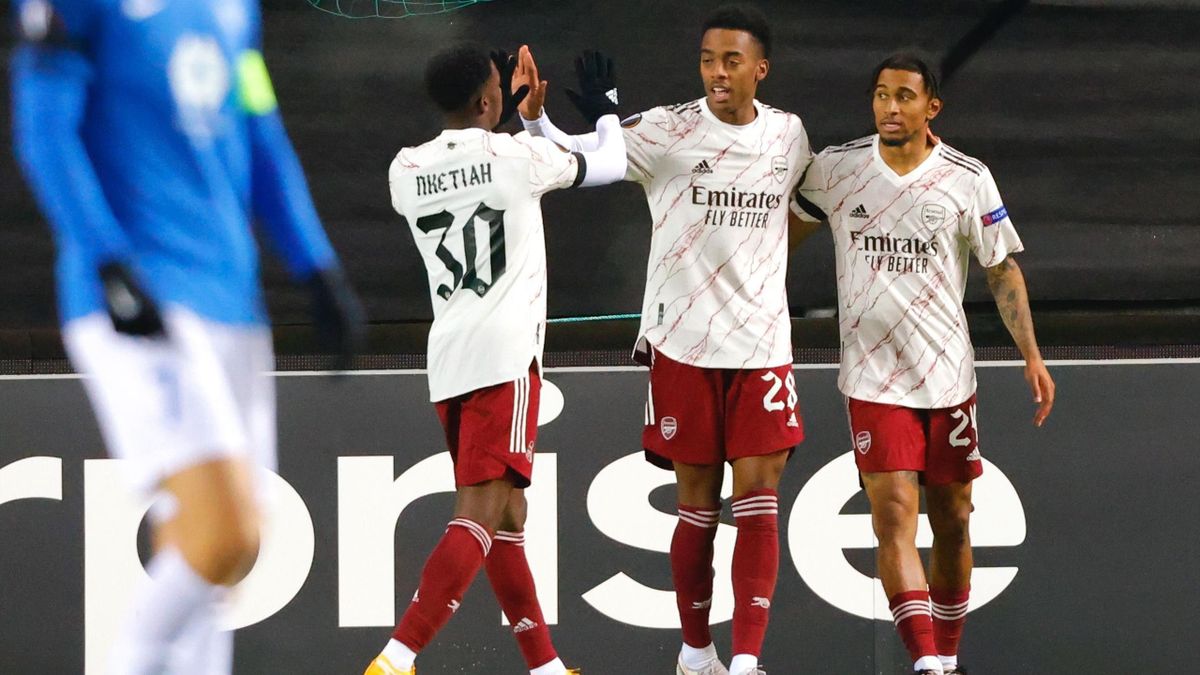 Arsenal turned in an impressive second-half display to defeat Molde 3-0 in their Group B Europa League match in Norway on Thursday night to book a spot in the knockout rounds.

A scoreless first half ended with few possibilities for either side and Molde’s Sheriff Sinyan wasting the best chance of the opening 45 minutes when he impossibly flashed a ball wide of an open net.

Arsenal found their opener shortly after the half-time break when Nicolas Pepe calmly settled a Cedric Soares cross on the right side of the penalty area and curled in a lovely shot to give the visitors the lead.

The Ivory Coast international was sent off for a head-butt on Leeds United’s Ezgjan Alioski and criticised by manager Mikel Arteta last weekend, but he made amends shortly after striking the crossbar with a superb curling effort.

It was 2-0 soon after when Joe Willock fired a perfect cross through Molde’s six-yard box and Reiss Nelson ran onto the ball and beat Andreas Linde to double Arsenal’s lead.

Substitute Folarin Balogun added a third for the Gunners as full-time approached to add further gloss to the scoreline as Mikel Arteta’s side ultimately cruised to all three points on the night.

The result sees Arsenal extend their lead in Group B to six points above Molde with a spot in the knockout rounds secured and a group win on the cards if Rapid Vienna lose in the late window a game which will see 2,000 supporters return to the Emirates Stadium for the first time in nine months.

The victory would be wrapped up by Balogun, the 19-year-old scoring his first Arsenal goal just 37 seconds into his second senior appearance as Linde failed to deal with his strike from Smith Rowe’s pass.

The goal was the cherry on the cake for Arsenal, who have made it through to the knockout rounds of the Europa League for the fourth season in a row.