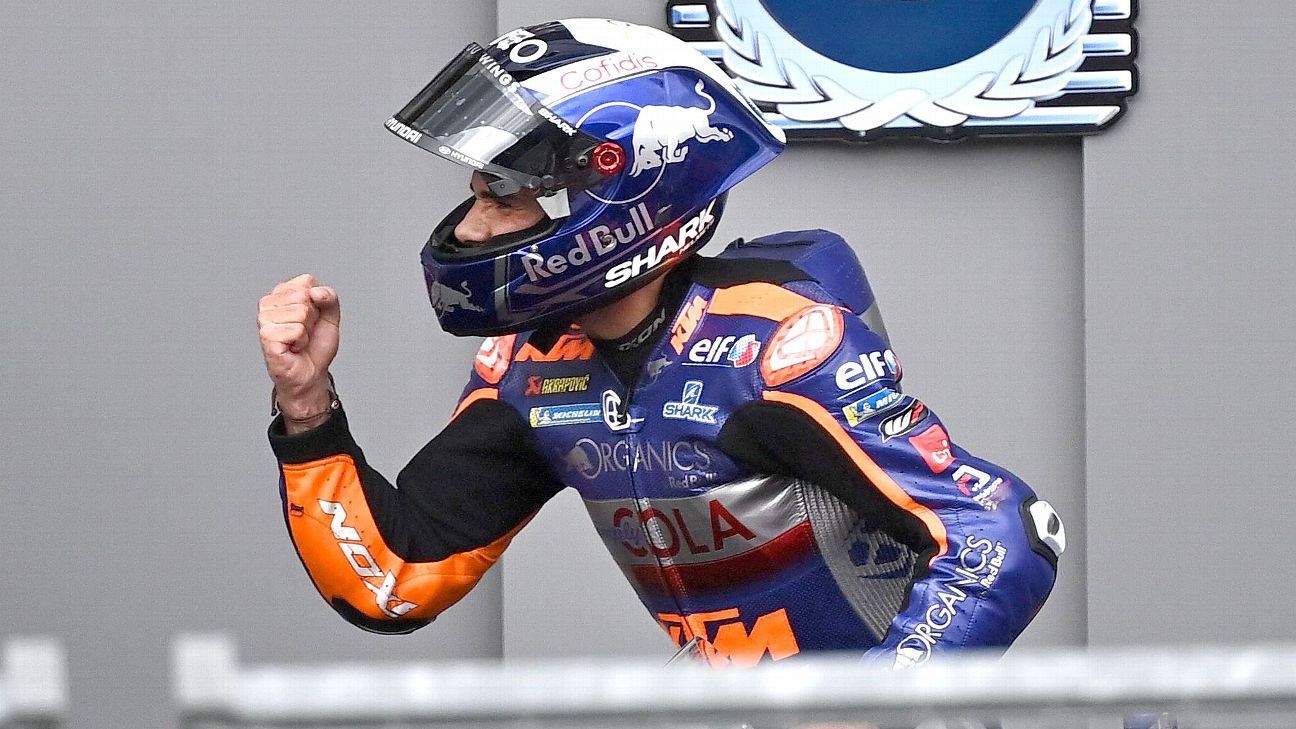 Oliveira won from pole position for his second victory of the season, finishing ahead of Jack Miller and Franco Morbidelli. “It’s unreal. You dream about these kinds of races, and to finally be able to win, it’s incredible,” Oliveira said.

“It’s extra special because my family didn’t get to see live my first win, and they get to see it live here. An incredible day for me, very emotional.”

Joan Mir, who secured his first world title last weekend, did not finish the race at the Algarve International Circuit because of an apparent mechanical problem.

“A great way to finish this championship, with a podium,” Morbidelli said. “Miguel was untouchable today.”

It was the final MotoGP race for Andrea Dovizioso, Cal Crutchlow and Tito Rabat. Valentino Rossi ended 15th in the championship in his final season with Yamaha. The Italian was 12th in the season-ending race.

The MotoGP season was shortened and had its calendar severely altered because of the coronavirus pandemic, with all races outside Europe canceled. This year’s title race was wide open after six-time MotoGP champion Marc Marquez was sidelined because of an injury. There were nine different winners in 14 races, with five first-time winners.

Morbidelli and Fabio Quartararo won the most races, with three each. The 25-year-old Oliveira, who started from pole position for the first time in his career, was the only other two-time winner.