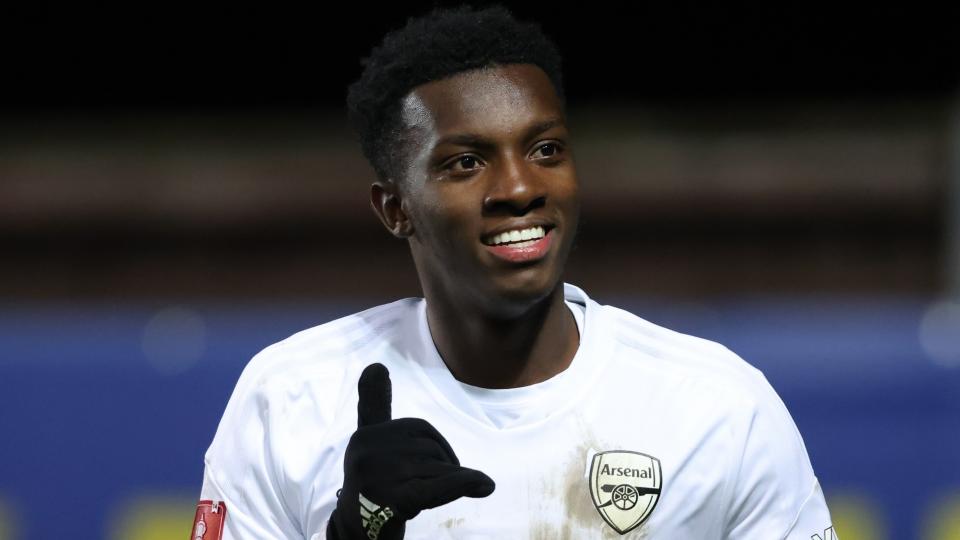 A pair of second-half goals from Eddie Nketiah saw Arsenal past a stubborn Oxford United side by a final score of 3-0 in the FA Cup third round on Monday.

Mohamed Elneny broke the deadlock after half-time with a smashing header before Nketiah scored twice to help Mikel Arteta’s side advance past their League One opposition to set up a juicy fourth-round tie with Manchester City.

Oxford frustrated Arsenal throughout a scoreless first half, but ratcheted up the pressure after the break and Elneny redirected Fabio Vieira’s whipped in free kick past Edward Mcginty to put the Gunners in front.

Nketiah notched his goals in the span of five minutes with a pair of classy finishes from equally classy assists from Vieira and Gabriel Martinelli.

The Premier League leaders will play the side chasing them from second place in England’s top flight when they travel to the Etihad on the weekend of Jan. 28.

Arsenal have now gained their last 14 FA Cup ties versus sides from outside the top-two divisions of English football. Wrexham were the last side not in the top-two leagues to eliminate Arsenal in January 1992.

“It is always difficult to win in these rounds,” Arteta told ITV Sport. “You have to be patient and we were, waiting for the openings to come. “Eddie is scoring goals and contributing to the way we play and I am delighted for him. He has to be scoring goals and he is doing it.”