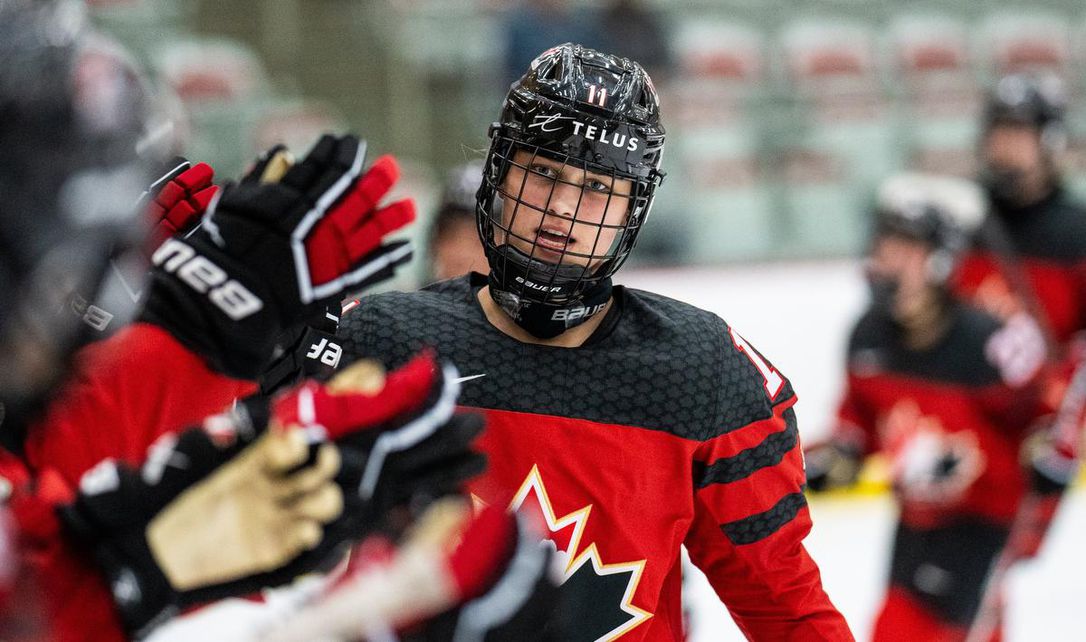 Caitlin Kraemer scored the game-winner and an empty-net goal for Canada in a 4-2 victory over Sweden at the women’s world under-18 hockey championship Monday.

The forward from Waterloo, Ont., scored a power-play goal at 4:58 of the third after the Swedes were penalized for too many players on the ice.

The Canadians then killed off three minor penalties, including a five-on-three with just under three minutes to play, before Kraemer put the puck into an empty net.

“It was really important to stick together and keep it simple on the penalty kill,” defender Ava Murphy said. “We were able to execute it well, which is why we were successful in the end.”

The countries were tied 1-1 after the first period and 2-2 after two.

“I think that our team handled the ups and downs well, especially for such a young age,” Canadian head coach Courtney Birchard-Kessel said. “It is super easy to get down on yourself or too high and throw yourself off your game.

“Something we have focused on right from the start is making sure we can remain composed. We have to remain balanced, on and off the ice; the players on the bench are a big part of staying focused and staying concentrated.”

Canada played its second game in as many days following an 8-0 win over Finland to start the tournament Sunday.

“It was a different game from last night, that is for sure,” Birchard-Kessel said. “We have way more in the tank, way more to show.”

Kraemer leads Canada in tournament scoring with four goals and an assist in two matches.

The Canadians cap the preliminary round in Pool A versus the United States (2-0) on Wednesday.

The U.S. defeated Finland 8-1 on Monday. Czechia beat Japan 5-1 and Slovakia downed Switzerland 4-1 in Pool B.

The quarterfinals are Thursday followed by Saturday’s semifinals and Sunday’s medal games.