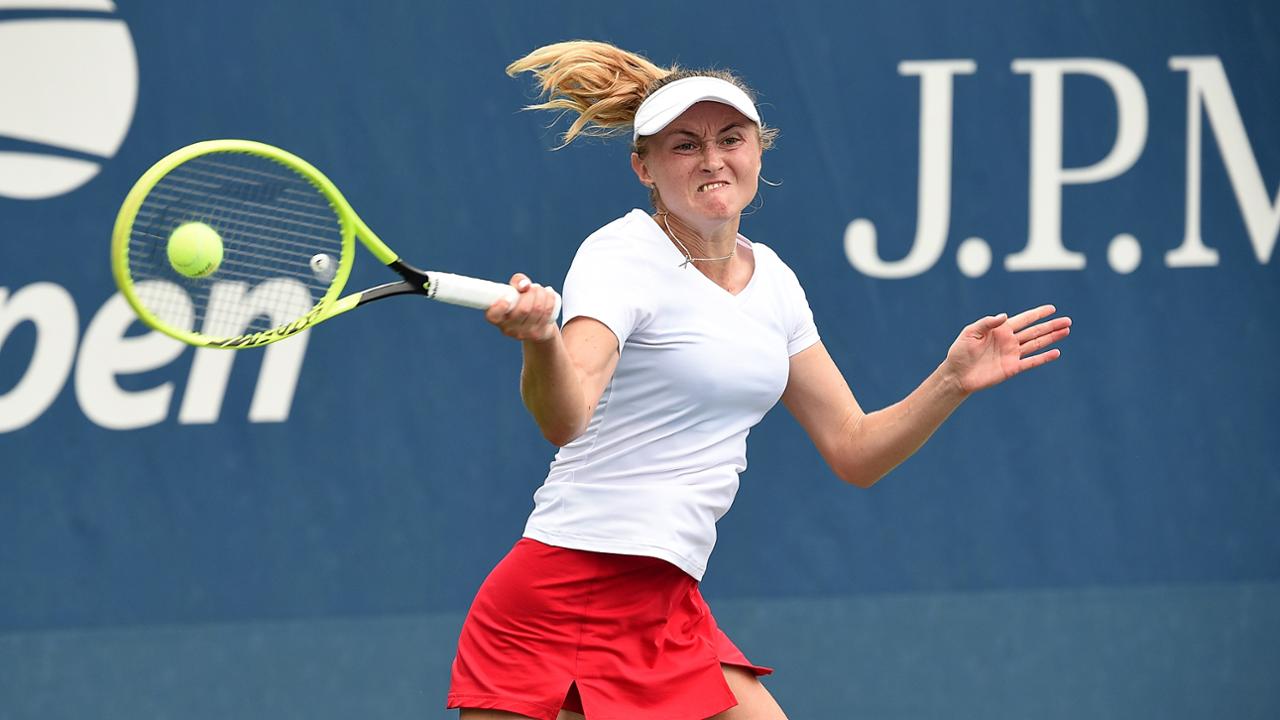 Aliaksandra Sasnovich of Belarus defeated fifth-seeded Nadia Podoroska of Argentina 6-7 (7), 6-4, 6-4 to advance to the quarterfinals at Tennis in the Land on Tuesday.

No. 37 Podoroska double-faulted on set point in the second and committed four service errors in the third, counting back-to-back attempts in the 10th game to set up match point for the No. 99 Sasnovich.

Sasnovich converted her first opportunity to end the longest match at the inaugural WTA 250 tournament after 2 hours and 46 minutes.

She has played an event-high 4 hours and 37 minutes over her first two contests.

“You always have to be ready for a long match,” Sasnovich stated. “You have to be ready mentally and be prepared to run a lot. I played against a very, very tough opponent, but when you win, it’s always sweet. I like it.”

Top-seeded Daria Kasatkina of Russia rallied for a 2-6, 6-4, 6-2 victory over No. 33 Caty McNally in the round of 16, claiming the final four games versus the 19-year-old Cincinnati native.

No. 26 Kasatkina dropped the first set in just 33 minutes, and then flipped her racquet to the ground in frustration when McNally tied the second at 4-all. She composed herself and used sharp forehands to close it out.

No. 6 seed Magda Linette of Poland opened the day with a 7-6 (2), 6-4 triumph over the youngest player in the top 400, 16-year-old Linda Fruhvirtova of the Czech Republic.

Seventh-seeded Sara Sorribes Tormo of Spain won via a walkover when Vera Zvonareva of Russia was unable to compete because of an injured right ankle.

In doubles, fourth-seeded Bethanie Mattek-Sands and Shelby Rogers of the United States were 6-3, 6-2 quarterfinal winners over Julia Lohoff of Germany and Renata Voracova of the Czech Republic.