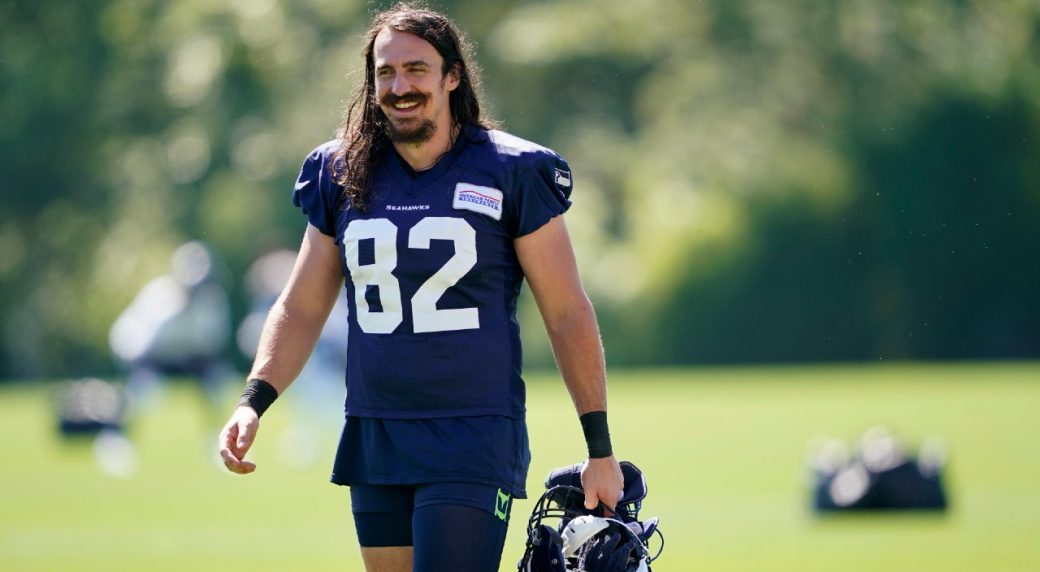 Tight end Luke Willson stated Wednesday he’s stepping away from football, one day after re-signing with the Seattle Seahawks.

In a lengthy statement on social media, Willson said after being back in the building and participating in practice with the Seahawks on Tuesday he realized it was time to move on.

Willson said he spent time in the hospital during the offseason due to a pericardial effusion. He said the hospitalization changed his “perspective on a lot of things with respect to my life.”

“After reflecting on everything yesterday and being in the building, I have decided that it’s time for me to begin with the next chapter of my life,” Willson wrote.

Willson was a fan favorite and has been a part of the Seahawks in some way for most of his NFL career.

Willson was a fifth-round pick by Seattle in 2013 and spent parts of seven seasons with the Seahawks. He appeared in eight matches for Seattle in 2019 and last season played three games for Baltimore before joining the Seahawks and playing in five more games.

Willson’s best season for Seattle came in 2014 when he started 10 games, had 22 receptions and three touchdowns. He also caught one of the more famous two-point conversions in playoff history in the 2014 NFC championship game as part of Seattle’s late rally versus Green Bay.

Willson is originally from La Salle, Ontario, and played his college ball at Rice. “I have always tried my best to be a true representation of the characteristics that make up our area. I hope I’ve made you proud,” Willson wrote.