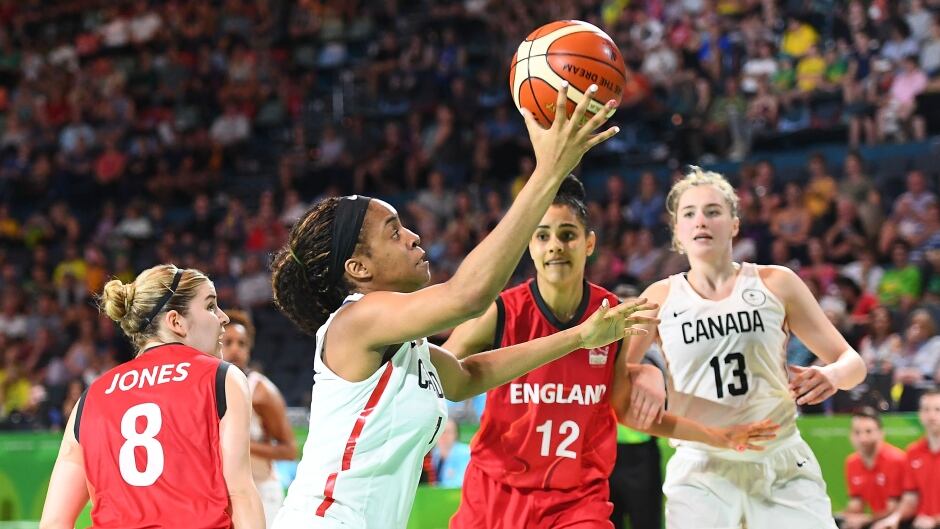 Aislinn Konig had a game-high 23 points as Canada crushed the Dominican Republic 90-53 in quarter-final action at the FIBA AmeriCup women’s basketball tournament on Thursday.

With the victory, Canada secured one of four spots at World Cup qualifying tournaments, Feb. 6-14, 2022. The top three from each qualifier earn a berth in the World Cup, in Sydney, Australia, Sept. 22-Oct. 1, 2022.

Ranked fourth in the world, the Canadians are playing in their first tournament in 16 months as they tune up for the upcoming Tokyo Olympics.

Canada will play Puerto Rico in the semifinals on Friday. The United States will face Brazil in the other semifinal.

The team as a whole shot 41 per cent from beyond the arc, making 14 of 34 attempts as six different players connected from deep.

“That three-point shot is such a valuable one in the game today,” head coach Lisa Thomaidis said. “To be able to knock down some threes at a pretty good clip has been a great sign for us and [we had] a number of people knocking them down.

“It’s certainly allowing us to spread the floor and then identify when to get the ball inside with some single coverage. We’re happy with that, certainly.”

Canada rolled through its four group-stage games, scoring 155 more points than it allowed.

“We’re a confident group,” Thomaidis said. “I think we believe in each other and what our team is doing. Our focus is just on us getting better each game. We’re feeling good going into the semifinal and we’re looking forward to a tough game.”

The Canadians are without WNBA players Natalie Achonwa, Kia Nurse and Bridget Carleton. The three are expected to join Canada in Tokyo, though Achonwa is out indefinitely with a sprained medical collateral ligament (MCL) in her right knee.

Following the AmeriCup, the Canadian women will return to Tampa, Fla., to continue Olympic preparations.

The women normally call Edmonton their home base, but couldn’t gather there due to COVID-19 protocols and quarantine rules, and so are training out of the Toronto Raptors’ temporary home.