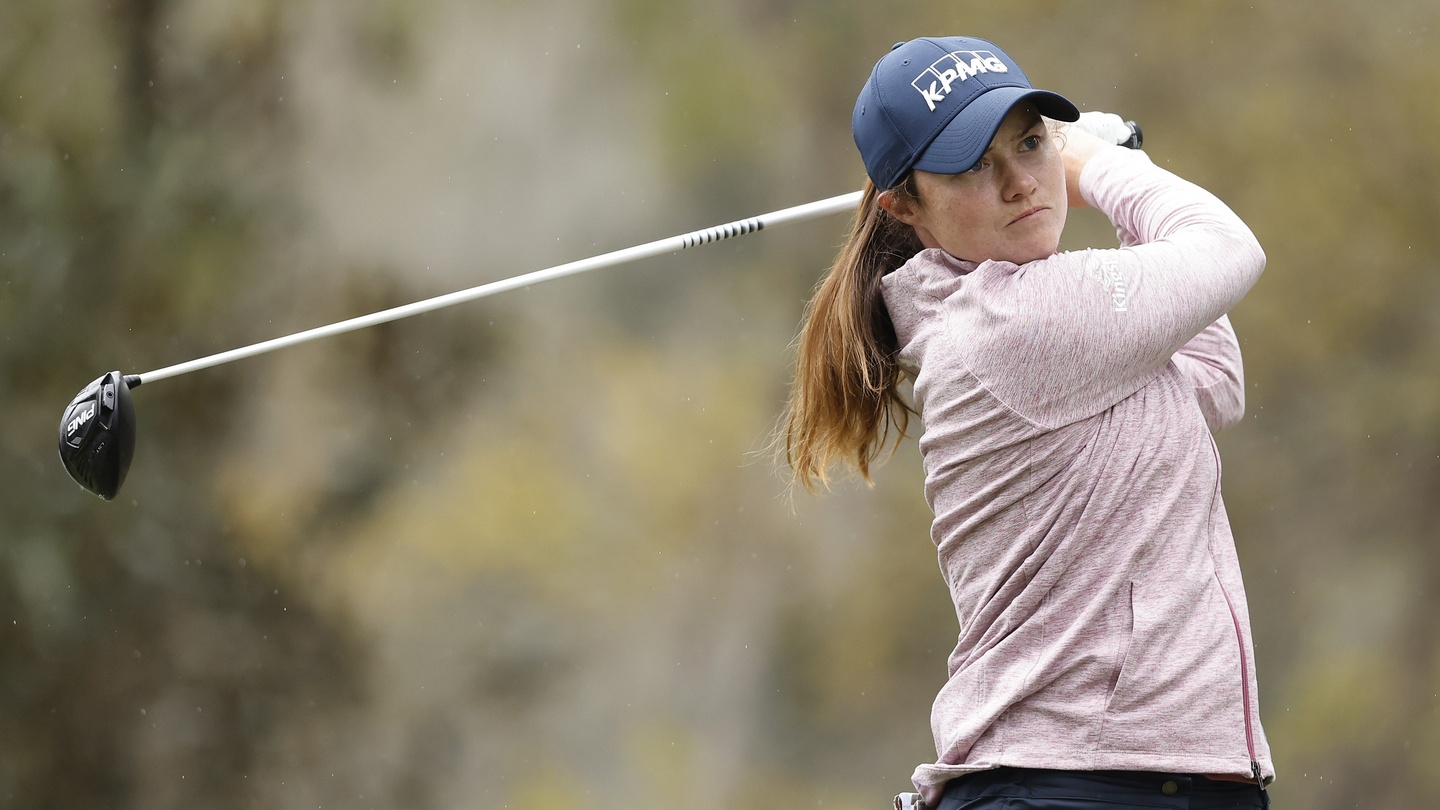 Leona Maguire shot an 8-under 64 on Friday to take a three-stroke lead in the Meijer LPGA Classic. It’s the second consecutive week the Irish rookie has topped a leaderboard.

Maguire, 26, is trying to become the first Irish winner in LPGA Tour history. Last week in California, she tied for ninth in the LPGA Mediheal Championship after leading after the first round.

“Everybody is going low. You know you have to go low,” Maguire stated. “There is not really time to look around or even look behind. It’s sort of keep your foot down and keep going, make as many birdies as you can.”

Maguire had a 15-under 129 total at Blythefield Country Club. After rain and thunderstorms delayed the start two hours, Maguire birdied five her first nine holes, bogeyed Nos. 1 and 2. She birdied Nos. 4 and 6, eagled the par-5 eighth and closed with a birdie on the par-4 ninth.

“You can’t really protect a lead,” Maguire said. “You can’t just try and make pars and stuff. You have to sort of go for everything. You have to hit a lot fairways out here. It’s tough when you get in the rough. I knew all about that on 1 and 2.”

Su Oh of Australia was second after a bogey-free 65.

“I made two pretty long ones on the back nine on holes like 13 or 16, something like that, and that really kept the momentum going,” stated Duncan, also a former Duke player. “And then a two-putt birdie on 18 was great to finish.”

“The greens were definitely a lot softer today so you could be more aggressive,” Korda said after her morning round. “Yesterday in to the afternoon they were really slow, but really bouncy and firm. It was like a really weird combo.”

Top-ranked Young Ko was 6 under after her second 69. Sixty-year-old Juli Inkster was another stroke back after a 68.

Brooke Henderson, the winner in 2017 and 2019 in the event that was canceled last year, missed the cut by a stroke after rounds of 75 and 67. The Canadian played for the first time since 2016 without sister Brittany — sidelined by visa problems — at her side as her caddie.

The major KPMG Women’s PGA Championship is next week at Atlanta Athletic Club.

England battle to goalless draw with Scotland at Wembley