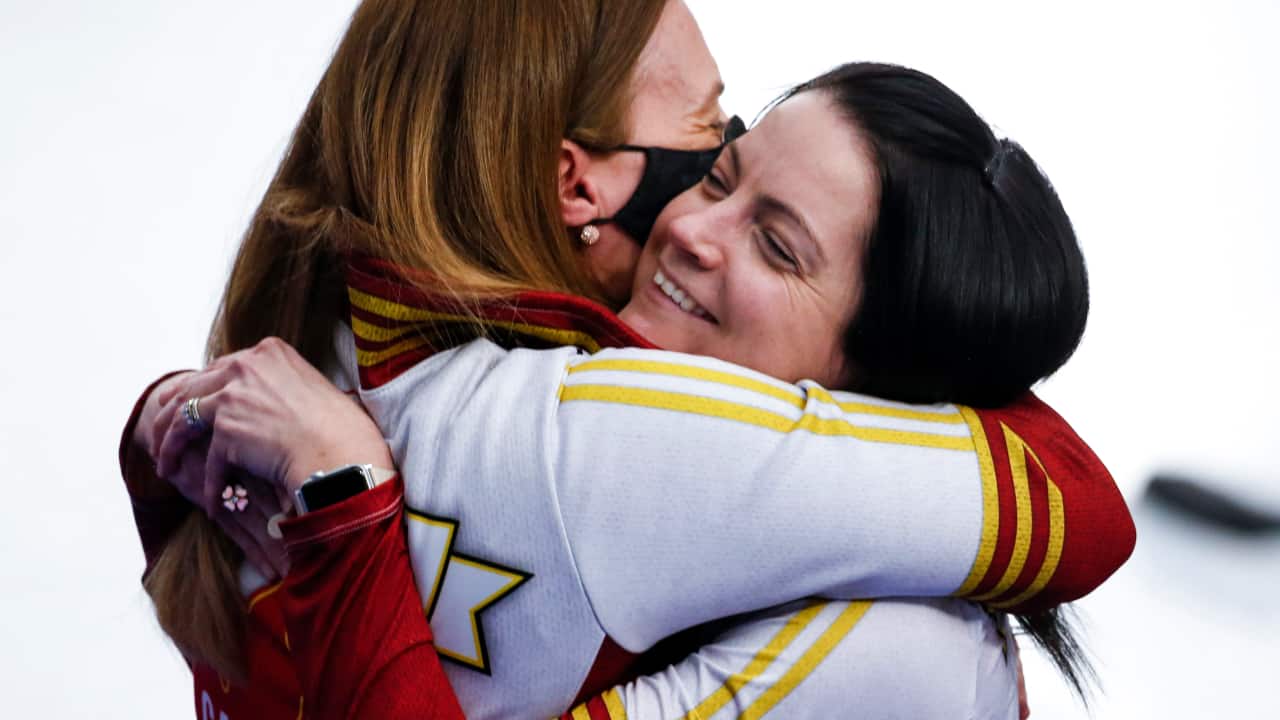 All systems are go for the Canadian men’s curling championship after the women proved elite curling can happen in a pandemic.

Curling Canada says no one tested positive for the COVID-19 virus during the Scotties Tournament of Hearts which finished Sunday in Calgary.

In an arena with no spectators, Kerri Einarson’s team from Gimli, Man., claimed a second consecutive title.

“We said at the start of the week if we sent everybody home healthy, then we did our job,” said Curling Canada’s Nolan Thiessen, who among his many titles is director of event presentation, innovation and athlete liaison.

“The women that came and participated did amazing. They took everything seriously. They just did whatever they needed to do to make sure they could compete.

“Proof of concept. They’ve shown it can be done. It’s on everybody else who descends into the bubble to do what we need to do.”

About 500 on-site tests were conducted during the Hearts with no positive tests, Thiessen stated Monday

The Hearts was the first of four Curling Canada events relocated to Calgary in a hub-city model walling participants off from the general public.

The 35-team field for the national mixed doubles March 18-25 will be revealed Tuesday. The men’s world championship follows April 3-11.

A pair of Grand Slams, which are Rogers Sportsnet’s properties, are also arranged for Calgary in April.

The women were confined to the arena and their hotel on either side of Trans-Canada Highway in Calgary’s west end, and drove themselves back and forth in rental cars.

They bought into testing and self-isolation before and after arrival in Calgary, regular temperature checks, mandatory masks off the ice, and no socializing at the hotel with other teams with nary an eye roll or sigh, Thiessen said.

The women accepted Curling Canada needed to do what Alberta Health required so they could curl.

“There were times when they were like ‘oh, what are we supposed to be doing here?’ but not in a bad way,” Thiessen said.

Northwest Territories third Jo-Ann Rizzo’s bout of food poisoning on the first night of the tournament was a test run of some pandemic protocols.

While the CMO was convinced it was a stomach bug, Rizzo was tested anyway. She and her teammates isolated in their rooms all day awaiting the result.

N.W.T.’s game versus Canada that day was postponed two days to what was a morning off for all teams.

“It definitely showed a good reason why we kept a draw open in the middle of the week,” Thiessen said. “It showed a good reason for what our protocols were and why we put safety first. “We’re not expecting to go this whole thing with every day going exactly according to plan and there’s no health issues. That hasn’t been the case with any sport.”