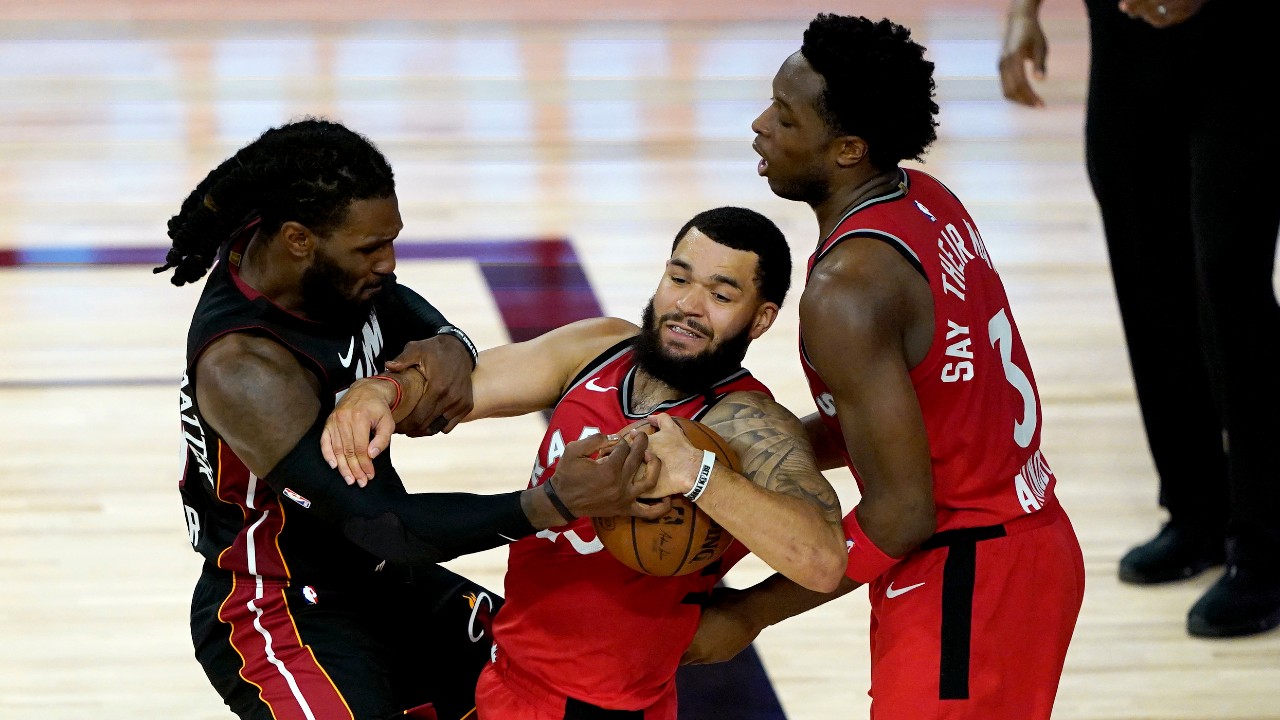 Fred VanVleet scored a career-high 36 points and made seven 3-pointers, and the defending NBA champion Toronto Raptors added to their strong restart with a 107-103 triumph over the Miami Heat on Monday.

VanVleet ended 7 of 12 from beyond the 3-point arc and was a perfect 13 of 13 from the foul line, besting his 34-point total versus the Pelicans last December. Pascal Siakam added 22 points and Kyle Lowry had 14 points and eight rebounds for the Raptors, who are 2-0 since play resumed last week.

Toronto resumed its season by defeating the Lakers and remains in second place in the Eastern Conference.

Goran Dragic had 25 points for the Heat.

Miami defeated Toronto twice this season, but the Raptors avoided the season sweep behind VanVleet, who poured in deep 3s and repeatedly found his way to the foul line in the third quarter with strong drives.

The Raptors led by 17 midway through the third quarter before the Heat pulled ahead on Dragic’s corner 3 with 10:11 left in the game. The Raptors regained command when Serge Ibaka, who had 15 points, added two dunks on back-to-back possessions.

Jae Crowder hit a 3 and Dragic drew a charge on VanVleet to give the Heat an opportunity. Dragic scored on a drive on the ensuing possession and drew a foul, but missed the potential game-tying free throw with 40 seconds left — Miami’s first miss in 16 attempts. The Heat still had a chance when Lowry missed a reverse layup.

But two late turnovers cost the Heat a chance to win. Jimmy Butler couldn’t handle a pass from Dragic on a backdoor cut and the ball scooted out of bounds with 17,.4 seconds left. Then Butler turned it over after a side inbounds play when his pass was deflected by VanVleet.