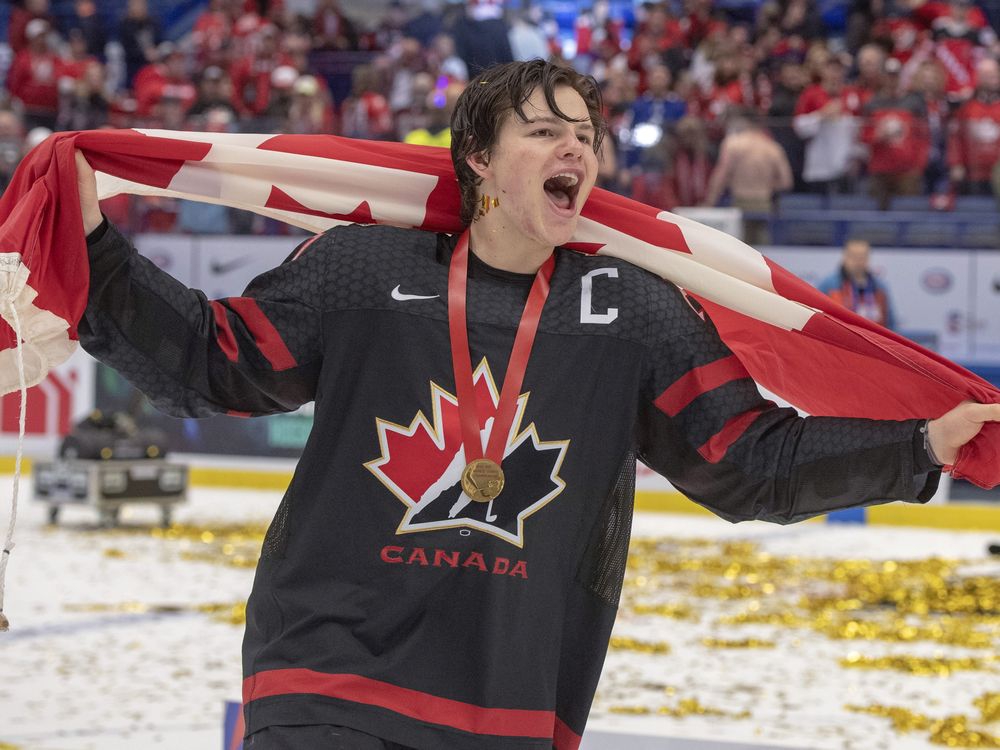 A world junior men’s hockey championship like no other opens Friday in Edmonton with zero audiences and teams walled off from the general public because of the COVID-19 pandemic.

The world under-20 tournament at Rogers Place is modeled on the NHL’s “bubble”, which allowed that league to complete the 2019-20 season in the same arena without any positive tests for the novel coronavirus over an eight-week span.

Defending champion Canada opens the tournament Saturday versus Germany. Shorter in duration with fewer personnel than when the NHL post-season “bubble” begun, the 12-day, 10-country tournament is still a major logistical undertaking for Hockey Canada and the host committee.

That it wasn’t cancelled along with so many other International Ice Hockey Federation tournaments in 2020 indicates a determination to televise live games to hockey fans looking for a distraction from the pandemic’s grim effect on lives and the economy.

The Alberta government didn’t pull the plug on the tournament despite a spike in cases in the pandemic’s second wave.

“We have an opportunity to give Canadians a gift here at Christmas time as well,” McIntosh said. “The holiday season, the tradition of the world juniors has been great.”

The tournament generated a $22-million profit the last time it was held in Alberta in 2012.

That money was split between Hockey Canada, the Canadian Hockey League, the IIHF, Hockey Alberta and the minor hockey associations of host cities Edmonton and Calgary.

But ticket revenue this year from a tournament that regularly does big business in Canada will be limited to buyers who don’t ask for a refund, but instead keep their tickets for the 2022 tournament awarded back to Edmonton and Red Deer, Alta.

The teenage players must follow the same protocols NHL players did in August and September such as daily tests and regular temperature checks, but with the addition of contact-tracing beacons embedded in their event credentials. When they’re not on the ice, players are largely confined to their team’s floor in one of two hotels.

Unlike the NHL hub in the summer and early fall, Edmonton’s winter temperatures aren’t conducive to shooting hoops and hanging around food trucks in the hotel courtyard.