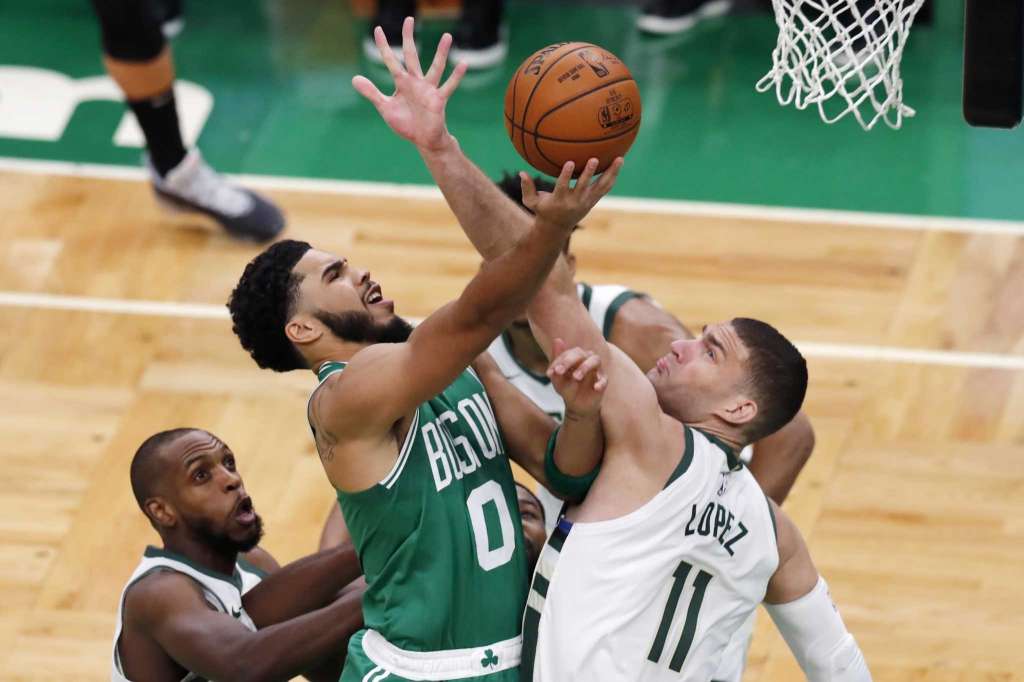 Jayson Tatum banked in a fallaway, go-ahead 3-pointer in the final second, and Giannis Antetokounmpo missed the potential tying free throw with 0.4 seconds left, letting the Boston Celtics to escape with a 122-121 triumph over the Milwaukee Bucks on Wednesday night in the teams’ season opener.

Tatum scored 30 points and Jaylen Brown had 33 for Boston, which entered the fourth quarter leading by 17 points. The Celtics trailed 120-119 when Tatum dribbled the clock down from 8.9 seconds before lofting a high-arcing 3 over Antetokounmpo from the left side that kissed the glass on its way down.

The ensuing inbounds pass was thrown at the rim and Antetokounmpo tried to tip it in, but he was fouled. The two-time reigning NBA MVP made the first foul shot, but bounced the second off the front of the rim.

Antetokounmpo scored 18 of his 35 points in the fourth quarter, and Khris Middleton had 27 points and 14 rebounds for Milwaukee.

The Bucks had the best record in the NBA in each of the past two seasons but didn’t make it out of the Eastern Conference finals.

Milwaukee led by nine points, 48-39, midway through the second quarter before Boston rolled off 10 straight points and 19 of the next 23. Boston led 101-84 after three, but Antetokounmpo outscored the Celtics 10-2 over a two-minute span midway through the fourth to cut a 10-point Celtics lead to 109-107.

The Celtics observed a moment of silence for Tommy Heinsohn before the game and played a tribute video at the first break for the player, coach and broadcaster who was with the team for more than 60 years and all 17 of its NBA titles.

Heinsohn, who died last month at the age of 86, gained eight championships in nine years as a Celtics player from 1956-65. He won three more titles as a coach and was the fourth person inducted in the basketball Hall of Fame as both a player and a coach.

The Celtics lowered eight of their championship banners courtside, picking the ones they deemed to have special meaning to Heinsohn.