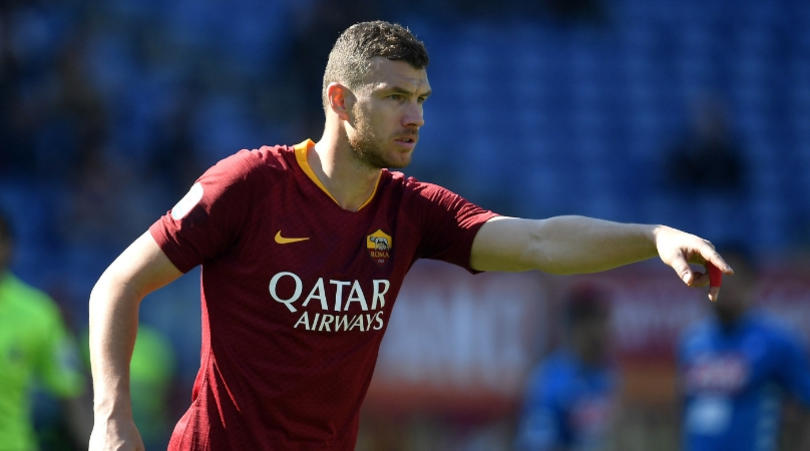 According to Mark Ogden of ESPN, Manchester United are taking into account a move for Edin Dzeko in the upcoming January Transfer Window.

With United being linked to names such as Mario Mandzukic and Erling Haland, Edin Dzeko shouldn’t be a surprise due to him fitting a similar profile as the other tall, physical Strikers.

This comes only a few months after United were close to finishing a £14 million move for Mandzukic in August before shelving the deal. United have retained a tentative interest in the Croatia international, who is yet to kick a ball for Juventus this season.

Dzeko is known by English football fans quite well being a member of the famous Manchester City title-winning team in 2011-12. While at City, Dzeko went on to score 50 goals in 130 league matches for the club.

However, unlike Mandzukic who hasn’t played a single minute this campaing, the tall Bosnian has been in good form in Serie A.

With six goals in 15 appearances so far this season to his name, Dzeko might still be able to be a force in the Premier League.

This rumour though would go against the recent comments by United Manager Ole Gunnar Solskjaer who said earlier this month that the club will only make signings in January if they can offer long-term solutions at Old Trafford.

And with several outlets reporting that United are ready to go all-in to sign Erling Haland from Austrian side RB Salzburg, the name of the Striker joining United becomes more open by the day.

However, it is clear that United want a tall, physical Striker to bolster the existing front-line of Marcus Rashford, Anthony Martial, Daniel James, and Mason Greenwood. Ed Woodward, United’s executive vice-chairman, has moved the club away from signing players in their late 20s and early 30s following unsatisfactory investments in Bastian Schweinsteiger and Nemanja Matic in recent seasons.

But with Solskjaer’s forwards all in their early 20s, sources have told ESPN FC that Woodward is prepared to sanction the signing of a seasoned forward, such as Dzeko or Mandzukic, due to the potential short-term benefits of such a move.