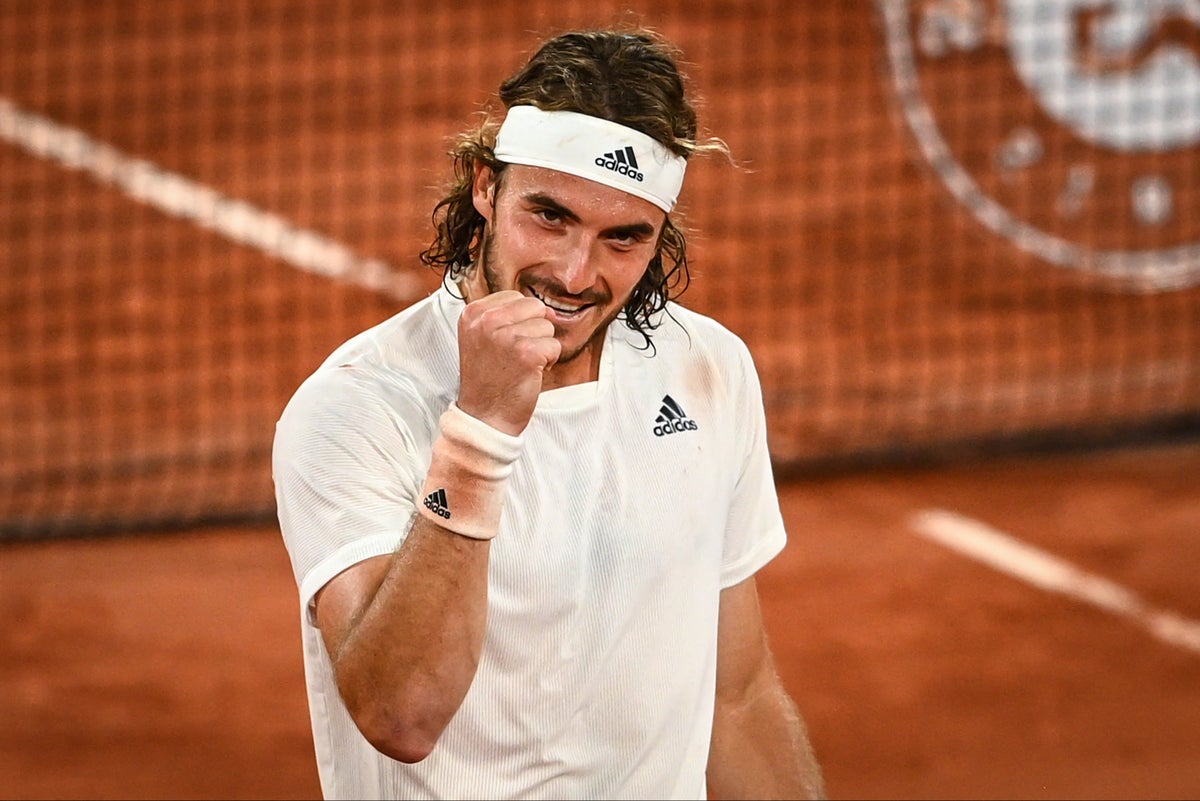 Stefanos Tsitsipas and Alexander Zverev both have been viewed as possible future stars of tennis. Both have come close to Grand Slam titles.

Now the pair of 20-somethings will meet each other for a berth in the French Open final after straight-set quarterfinal wins Tuesday. It will be the youngest matchup in the men’s semifinals at Roland Garros since a couple of guys named Rafael Nadal and Novak Djokovic met in 2008.

The No. 5-seeded Tsitsipas reached his fourth major semifinal — and third in a row — by upending No. 2 Daniil Medvedev 6-3, 7-6 (3), 7-5 at Court Philippe Chatrier in the last no-spectator night session of this year’s tournament.

“I feel privileged that I’m in that position, and I feel obviously I’ve put in a lot of daily hard work [that] has been a key element of me being here,” Tsitsipas said. “But, you know, my ego tells me I want more.”

He escaped two set points held by two-time Slam runner-up Medvedev at 5-4 in the second, but otherwise required only slightly more work than was demanded of 2020 U.S. Open finalist Zverev in his 6-4, 6-1, 6-1 triumph over 46th-ranked Alejandro Davidovich Fokina.

That put No. 6 Zverev in his third career Slam semifinal, first in Paris.

“Obviously, the Grand Slams are the tournaments that we want to win the most,” Zverev said. “Before, maybe, the last few years, I was putting too much pressure on myself. … Before Medvedev and Tsitsipas arrived, I was seen as this guy that was going to all of a sudden take over the tennis world.”

He showed that quality at a key juncture Tuesday.

Zverev did not want to think that Davidovich Fokina had saved a break point with a shot that landed on — or was it merely near? — a line in the fourth game.

Zverev crouched down near the mark on the red clay and engaged in a bit of an argument with chair umpire Alison Hughes, repeatedly saying, “No!” and then “How?”

Hughes, whose call was backed up by an unofficial video rendering shown on TV, didn’t budge, and Zverev quickly lost that game, then the next one, too, to fall briefly behind. Could have been the start of an unraveling.

Instead, Zverev grabbed 16 of the remaining 19 games.

For Tsitsipas, who goes into Friday with an 0-3 mark in Slam semifinals, the key moment came late in the second set.

Medvedev, who suddenly found his footing on clay this year after arriving in Paris with a 0-4 career record at the French Open, sort of snapped to and made things interesting. Indeed, Medvedev made so much headway that he held a pair of set points after Tsitsipas dumped an overhead into the net and was forced to serve at 15-40 while trailing 5-4.

But Medvedev let Tsitsipas out of the predicament with a bad return of a second serve, followed by a flubbed forehand, and soon enough it was 5-all.

Less than 15 minutes later, Tsitsipas hit a swinging forehand volley winner to close out that set and was on his way to his second win in eight career meetings versus Medvedev. While Medvedev briefly led by a break in the third, Tsitsipas pulled even, then broke after being down 40-love in the last game.

He closed his victory with a passing shot winner off a return when Medvedev charged the net behind an underarm serve on match point.