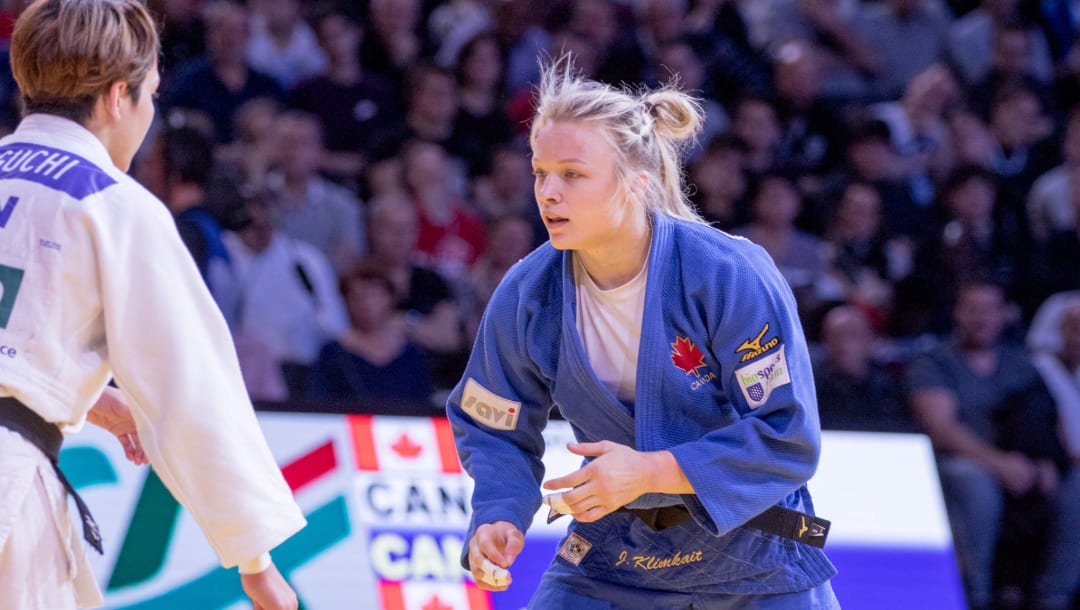 Jessica Klimkait of Whitby, Ont., qualified for the Tokyo Olympics in judo and collected a world title in a span of two hours on Tuesday.

The 24-year-old defeated Momo Tamaoki of Japan by waza-ari in the women’s under-57 kilogram final in Budapest, Hungary to become Canada’s second world champion in the sport after Christa Deguchi won in 2019.

Klimkait defeated Kosovo’s Nora Gjakova to advance to the final and avoid a matchup with Deguchi to determine a single qualifying spot for the Tokyo Olympics. Deguchi lost to Theresa Stoll of Germany in a bronze match after falling to Tamaoki in the semifinals.

The 25-year-old Deguchi, who lives and trains in Japan, is expected to be named as an alternate for the Canadian Olympic team.

Only one athlete per country per weight class can compete at the Summer Games this summer, according to International Judo Federation rules.

Canada’s public health regulations during the coronavirus pandemic have kept judo competitions on hold so Judo Canada has been unable to host winner-take-all matches usually held when two athletes are ranked inside the world’s top eight.

When COVID-19 halted sports across the world in March 2020, Klimkait and Deguchi were months away from a fight-off for Canada’s lone Olympic quota spot, and then Klimkait suffered a knee injury.

Last fall, Judo Canada high-performance CEO Nicolas Gill, a two-time Olympic medalist, dismissed the suggestion of having one of either Klimkait or Deguchi change weight classes so that both might compete in Tokyo. He stated he would never put the organization ahead of the athlete.

“We would do that only if it helps the state of making weight,” Gill said. “That’s the only time we would force somebody to move up — if we feel there is danger for the athlete, but not for strategic positioning.”

In the semifinals, Klimkait delivered a waza-ari versus Gjakova that was later upgraded to ippon by a video referee in the opening two minutes. Klimkait overcame Stroll in their quarter-final match.

Tamaoki downed five-time world medallist and 2016 Olympic bronze medalist Telma Monteiro before defeating Deguchi, who dropped the semifinal match by waza-ari after absorbing a blow to her nose.