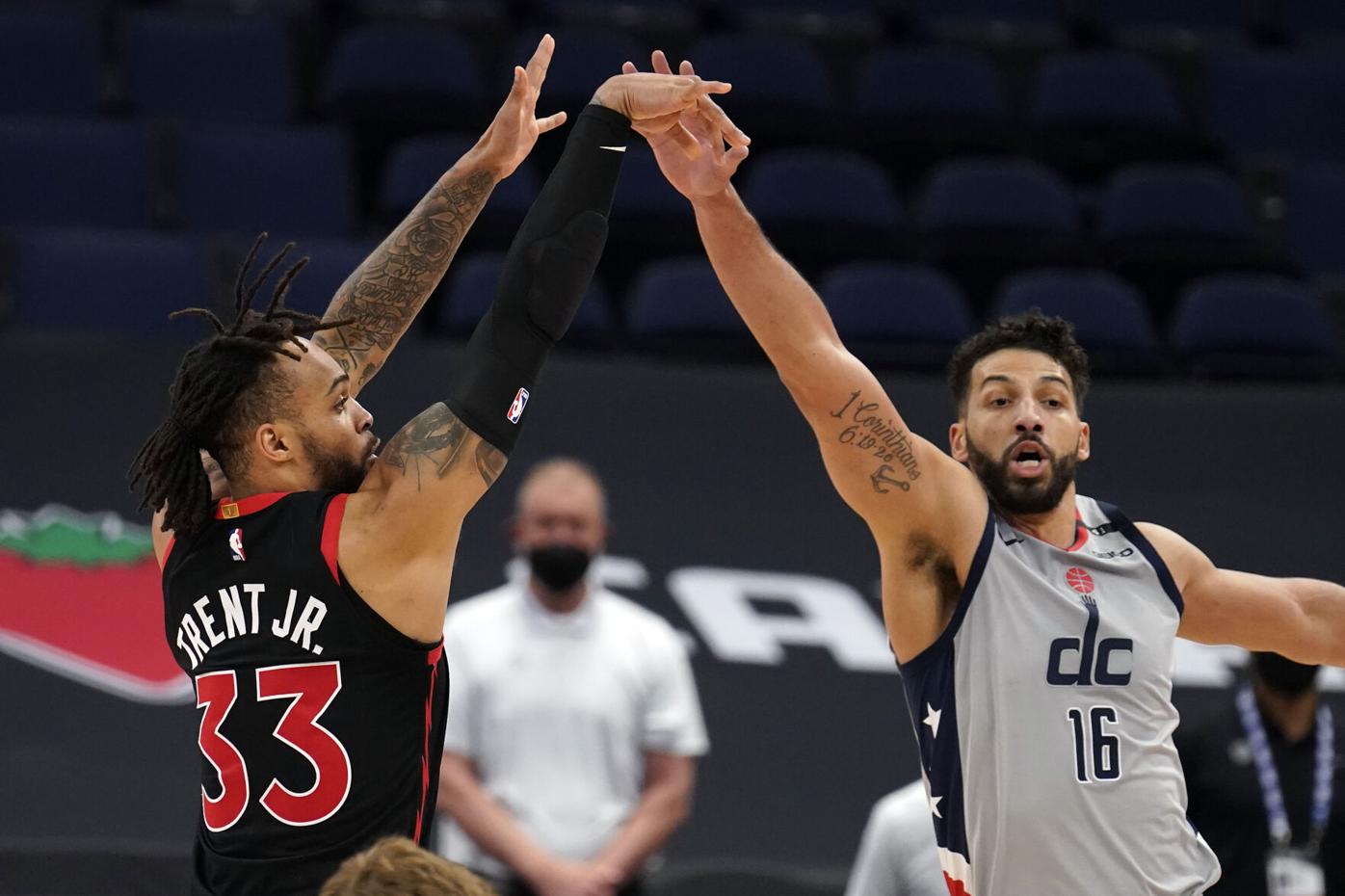 Gary Trent Jr. beat the buzzer with a long 3-pointer and the Toronto Raptors rallied from a 19-point second-half deficit to defeat the Washington Wizards 103-101 on Monday night.

Pascal Siakam led Toronto with 22 points, and DeAndre Bembry and rookie Malachi Flynn led a fourth-quarter charge for the Raptors, who won consecutive games for the first time since Feb. 19-21.

Russell Westbrook had 23 points, 14 rebounds and 11 assists for the Wizards, who have lost four consecutive.

Washington led 101-100 when Siakam was called for a charge with 27 seconds left. Raul Neto missed a reverse layup with 5.5 seconds left and Trent got the rebound.

“I almost called (a timeout) but I thought there’s plenty of time to get it up there and get off a shot,” Raptors coach Nick Nurse said. “There’s lots of reasons not to take it, and we were fortunate this time. We were due.”

Trent, playing in only his sixth game as a Raptor, dribbled straight down the floor, used his forearm to create some separation from Neto and launched a shot from beyond the top of the key. He concluded with 16 points.

The Wizards led 74-55 midway through the third quarter before they missed 13 straight 3-point attempts.

Trent finished with 16 points for Toronto, and Bembry scored 15.

“Fred’s been iffy a couple times, but then he plays. But he told me to be ready,” Flynn said. “We’ve got a lot of players down, so I knew a lot would be on Siakam. I just try to make it easier for him and the other guys.”

The Raptors missed their first seven shots and fell behind by 14 points when Westbrook’s 15-footer completed a 9-0 Washington run with 2:54 left in the first quarter. Westbrook had 10 points, 10 rebounds and nine assists in the first half, and Garrison Mathews came off the bench with four 3-pointers to help the Wizards take a 61-51 halftime lead.