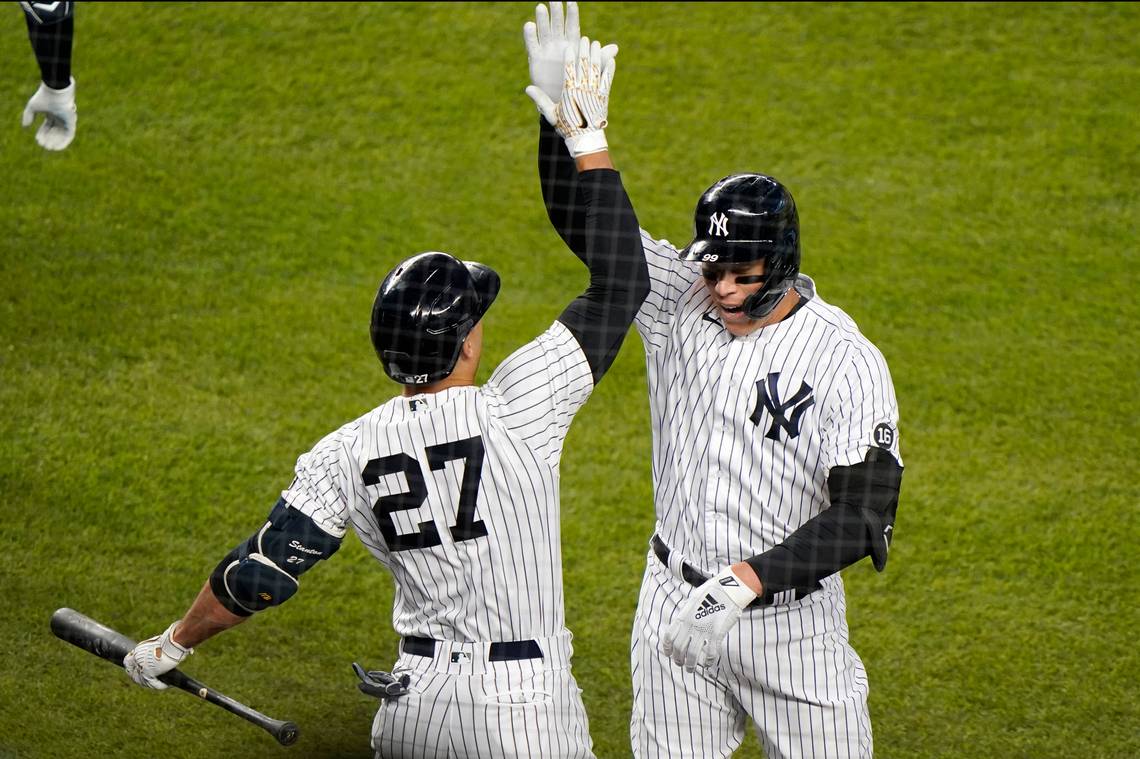 Giancarlo Stanton turned on a 92 mph pitch from Shawn Armstrong and sent the ball soaring over the visitors’ bullpen and into Yankee Stadium’s left-bleachers.

The small crowd at New York’s first night game of the season buzzed.

When the ball came down, it landed in a fan gathering area called Frank’s Red Hot Terrace, 471 feet from home plate, near the newly repopulated deep seats.

“It’s kind of everything rolls in sync and, yeah, like sometimes things go not in a blackout, but just there’s no sound,” Stanton said, trying to explain the feeling of launching a ball farther than even most major leaguers can.

“There’s not anything except you watching the flight of the ball,” he said. “You don’t know anything else that’s going on. It’s a very cool feeling. It’s hard to describe very specific.”

New York was ahead 1-0 on Aaron Judge’s fourth-inning homer when starter Jorge López (0-1) walked the bases loaded in the fifth and Armstrong forced in a run with a walk to slumping Aaron Hicks.

Stanton followed with the longest homer of the young season.

“The way he hits ’em, it’s just different It’s like nothing else,” Yankees manager Aaron Boone stated. “He is a unicorn. I mean, that ball was just so pure on a night where it’s probably not flying great and just hits it through the Stadium.”

Stanton had been booed when he struck out in the first, dropping to 0 for 9.

“I try my best when I’m out there, so I can’t worry about all of that,” he said.

Armstrong, making his season debut after coming off the paternity list, crouched on the mound. Coming off an opening, sweep at Boston, the Orioles never closed close after that.

New York improved to 8-0 when Judge and Stanton homer in the same game, including three postseason wins.

Judge reached out for a thigh-high fastball for his go-ahead homer in the fourth. The 344-foot, opposite-field drive to the right-field short porch would have been a home run in only two other big league ballparks, Houston and Seattle. Judge became the second-fastest to 120 homers by reaching the figure in 428 games, behind only Ryan Howard’s 391.

“I don’t think mine went as far as Big G’s, but they wherever they go, they still count,” Judge said. Both Judge and Stanton hit their first home runs of the season.