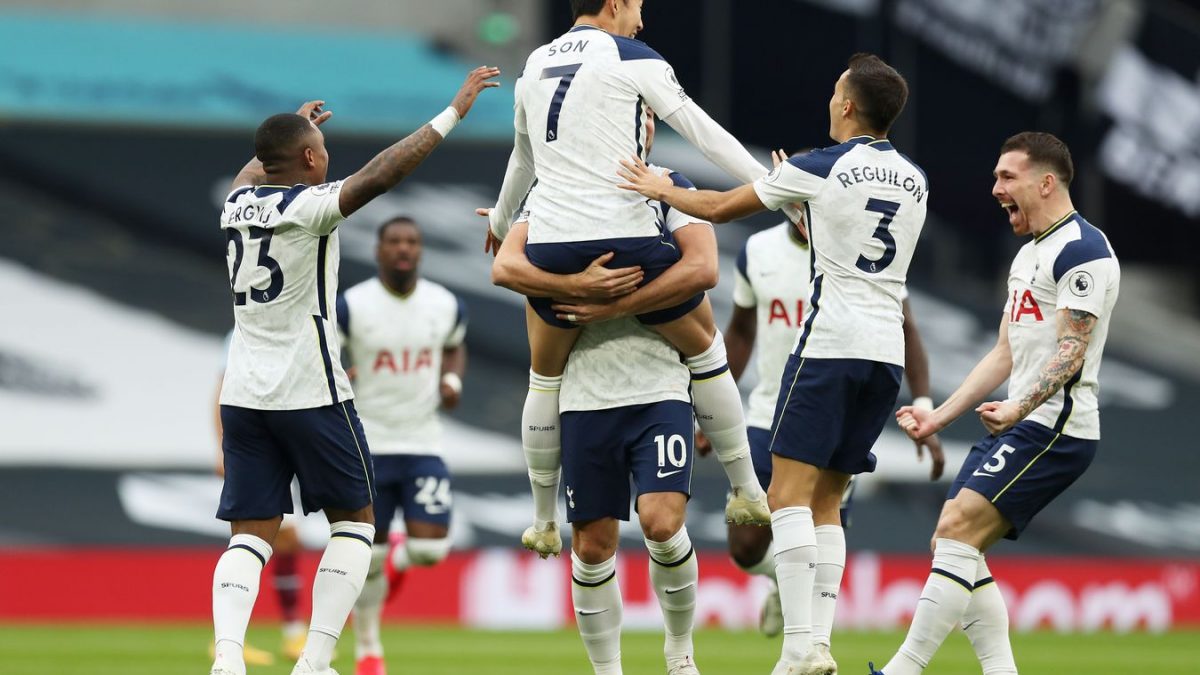 Harry Kane, who has been linked with a move to City, wasn’t in the squad for the match.

Son Heung-Min scored the game’s only goal in the second half after a strong counter-attack from Tottenham.

“Obviously we wanted to start well in the first game of the season and with the fans. It was an incredible performance and everyone worked so hard to get these three points,” Son stated after the match.

“Manchester City are currently the best team in the world so we fought for the three points and it means a lot to us at the start of the season.”

The goal came against the run of play with City dominating possession and shots.

“It was good I think. The atmosphere was special off the hard work of the boys. They make any crowd proud when they work so hard,” Spurs manager Nuno Espirito Santo, who enjoyed a third Premier League victory over City boss Pep Guardiola, said.

“It was strong. We were lucky because they had chances but the boys held on and they stayed in the game. We knew it would be tough. After that first 20 minutes we did better and we started getting our chances.

“I’m sure that with commitment and the talent we have, we will be a good team. We are in the process of that. I am learning every day and I am very proud of them today.”

Spurs broke with the ball after Hugo Lloris had saved a City attempt. Steven Bergwijn found Son who had raced down the pitch. He slotted the ball past Ederson who didn’t have time to dive to save it.

England captain Kane only returned to training with Spurs on Friday after an extended break following Euro 2020.

“Obviously Harry is so, so important for us. But let’s see. Last season we didn’t start well against Everton so we started well. I just want to enjoy this afterwards,” Son said of the Kane situation.

Guardiola would not get drawn into the Kane debate, but praised new signing Jack Grealish, who joined City from Aston Villa earlier this month on transfer in a £100 million deal.

“He was excellent. He played with a personality and created chances. Unfortunately we could not win for him for his debut but he played really well,” the Spaniard said.

“In terms of give me the ball he doesn’t lose the ball, he is so dangerous close to the box.”

City became only the third champions in the Premier League era to lose their first match of the new campaign and some of their players looked off the pace while Kevin De Bruyne was left on the bench until late on.

“Kevin De Bruyne has not done one full training session, he needs to train. He will need time to play 90 minutes,” Guardiola said. “We are the same people that won the Premier League and we make very good things and it’s normal.”

Tireless throughout the 90 minutes, Espirto Santo’s side were a constant menace on the break and it was a deserved victory.

“In terms of shape and our organisation the front three worked very hard and closed the gaps. It’s very difficult to play against City with the way they build the first moment. It requires a lot of discipline so the boys did okay,” he said.

Inevitably, Espirito Santo was asked about Kane after the win. Again he gave little away. “Look, Harry Kane is one of the best players in the world, honestly. We are very lucky to have him,” he said.