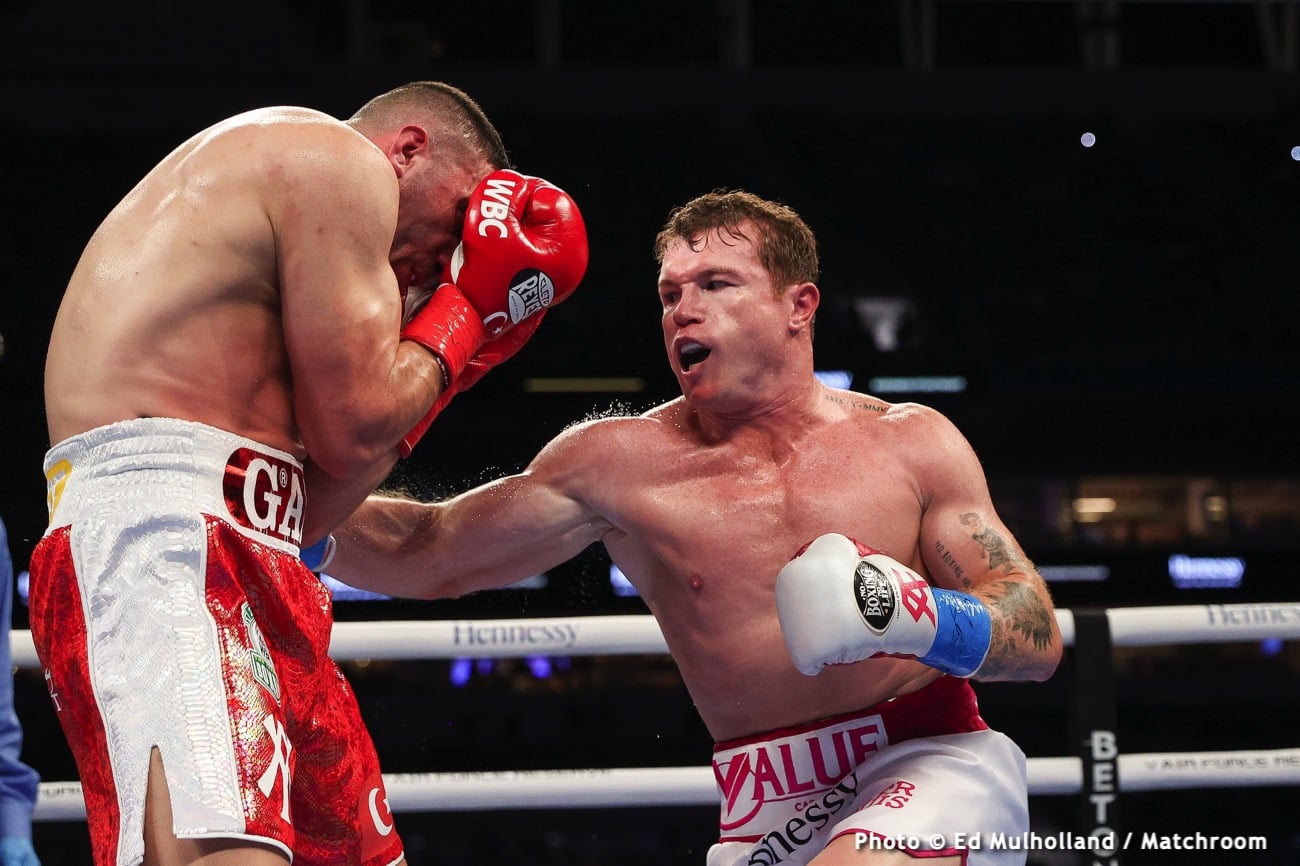 Canelo Alvarez and Caleb Plant are nearing a deal for a November bout that would crown an undisputed super middleweight champion, multiple sources told ESPN on Friday.

Alvarez-Plant was agreed to last month for Sept. 18, sources said, and officials were simply awaiting signatures when the deal fell apart at the 11th hour. After talks collapsed, Alvarez (56-1-2, 38 KOs) turned his attention to a 175-pound title fight with Dmitry Bivol. When that matchup couldn’t be finalized in time to stage the fight on Mexican Independence Day Weekend (Sept. 18), Canelo decided to delay his return until November.

Now boxing’s top star is deep in talks with PBC for a one-fight deal that would feature him on Fox PPV, sources said.

The prospect of a fight between Alvarez, ESPN’s No. 1 pound-for-pound-boxer, and Plant, an undefeated 168-pound titleholder, was dead just two weeks ago. With Alvarez and PBC’s Al Haymon locked in a stalemate, the 31-year-old moved on to talks with Bivol. When the Mexican star decided to forgo Sept. 18 and instead fight in November, the possibility of Plant returned to the table.

It’s the fight Canelo wanted all along.

After Alvarez stopped Billy Joe Saunders in Round 9 of their May fight, picking up his third 168-pound belt, he issued a message to Plant: “I’m coming, my friend.”

Becoming undisputed champion has long been Canelo’s goal, a feat he hasn’t accomplished despite a Hall of Fame résumé that contains titles in four weight classes. Alvarez was set to earn upward of $40 million guaranteed — a career best — in the proposed deal for Sept. 18.

“One that is absurd: If I get injured or sick, then he gets a late replacement for the same amount of guaranteed money, but if he gets sick or injured, then we gotta wait for him,” Plant, ESPN’s No. 3 super middleweight, said after the deal fell apart. “… His bark is bigger than his bite.

“We’ve been waiting for him to get done with his wedding, shooting his TV show, his golf tournament and now have tried to give him everything he wants and more to make this fight,” the Nashville native added. “I’m more than willing, able and ready to fight Canelo Alvarez on any date.”

Those issues could be ironed out now, it appears. This is the third consecutive year Alvarez won’t fight on the coveted September date, a holiday he starred on versus bitter rival Gennadiy Golovkin in 2017 and ’18. Another drawn-out negotiation in 2019 forced Alvarez to instead fight in November, a KO triumph over Sergey Kovalev.

If he can strike a deal with PBC, it will mark Alvarez’s return to pay-per-view, a platform he has headlined nine times since his fight with Shane Mosley in 2012. Those fights included a megafight with Floyd Mayweather in 2013 and a pair of matchups with GGG.

Canelo and Plant were training to fight each other when talks came to an abrupt halt — Alvarez at his San Diego gym and Plant in Las Vegas. This time, the hard work in the gym might lead to what they both want: a showdown for super middleweight supremacy.