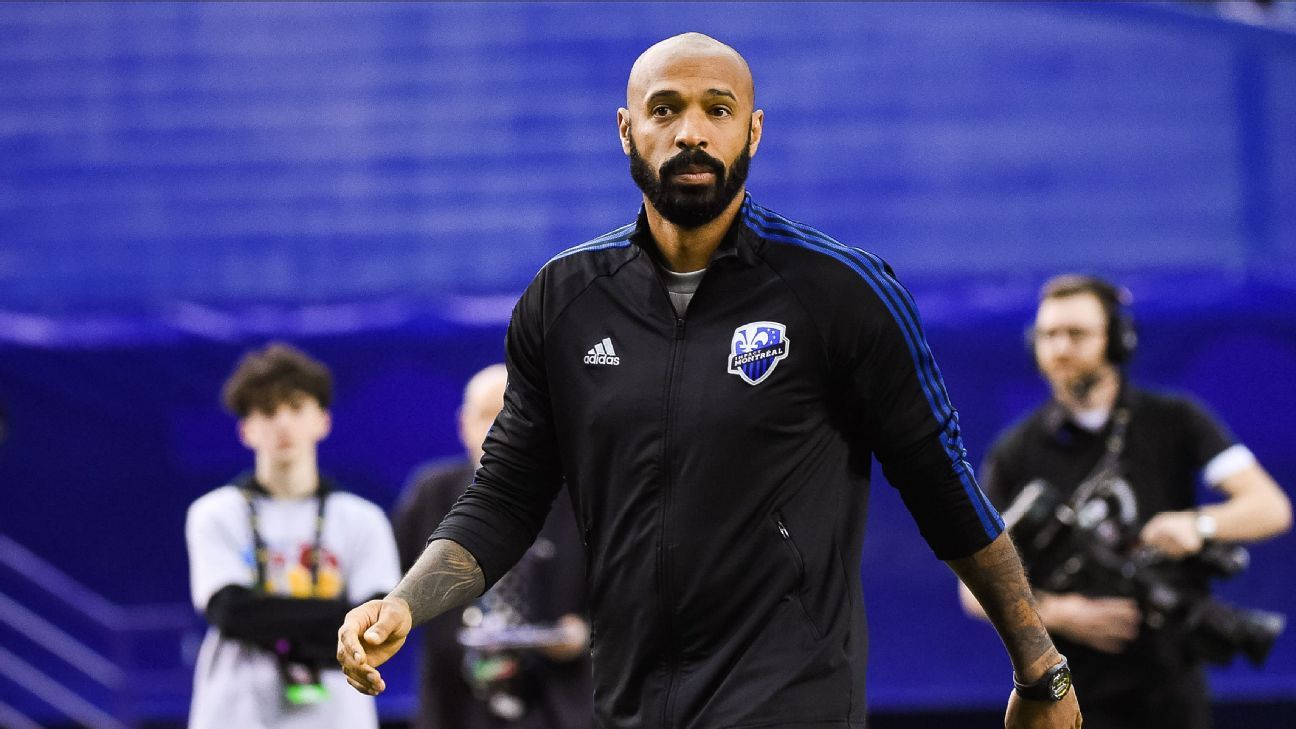 CF Montreal lost a head coach and Major League Soccer said goodbye to a marquee name with news Thursday that Thierry Henry was stepping down.

Citing family reasons, the 43-year-old former star striker stated he was quitting the club after one season at the helm to return to London. Kevin Gilmore, Montreal’s president and CEO, called it a “difficult day” but said Henry was leaving on good terms.

“I’m surprised but given the circumstances it doesn’t shock me that this has happened given what he went through last year,” he told reporters.

Separation from his children plus the prospect of having to spend another season on the road due to pandemic-related travel restrictions contributed to Henry’s decision.

“Last year was very difficult on this club across the board,” said Gilmore. “But especially with those that had to spend the last four months of the season outside of Montreal. And the prospect of starting a season like that again is very difficult. And it’s taken its toll on a lot of people. Obviously it’s taken its toll on Thierry and his children.

“He made a difficult decision — although I keep saying when you make decisions based on family, they’re always good decisions — to stay in London and give up his position as the head coach of the club in order to be close to his family.”

The statement comes on the eve of training camp.

Players report Monday for a seven-day quarantine period, medicals and COVID-19 testing prior to the beginning of team training March 8. The MLS regular season kicks off April 17.

Montreal said it will take a committee approach to coaching led by assistant coach Wilfried Nancy until a successor is found. The new head coach will take charge of a roster that has been radically changed since last season with 11 players having left and eight new faces.

Henry spoke to the Montreal players and staff Thursday via video but not the media.

“It is with a heavy heart that I’ve decided to take this decision,” the French native said in a statement. “The last year has been an extremely difficult one for me personally. Due to the worldwide pandemic, I was unable to see my children.

“Unfortunately due to the ongoing restrictions and the fact that we will have to relocate to the U.S. again for several months, [this year] will be no different. The separation is too much of a strain for me and my kids. Therefore, it is with much sadness that I must take the decision to return to London and leave CF Montreal.”

Henry was hired in November 2019, succeeding interim coach Wilmer Cabrera on a two-year contract with an option for the 2022 season.

Henry has been linked to the managerial opening at England’s Bournemouth in recent days. But Montreal officials stated there had been no contact with the Championship side, which recently handed the manager’s job to Jonathan Woodgate through the end of the season.

“Bournemouth was nothing more than a rumour,” Gilmore said.

Still, Montreal says it will be entitled to compensation if Henry takes a position with another club in the near future.

Gilmore stated Henry was not focused on a job hunt. “Right now his sole and only focus is his children and his family.”