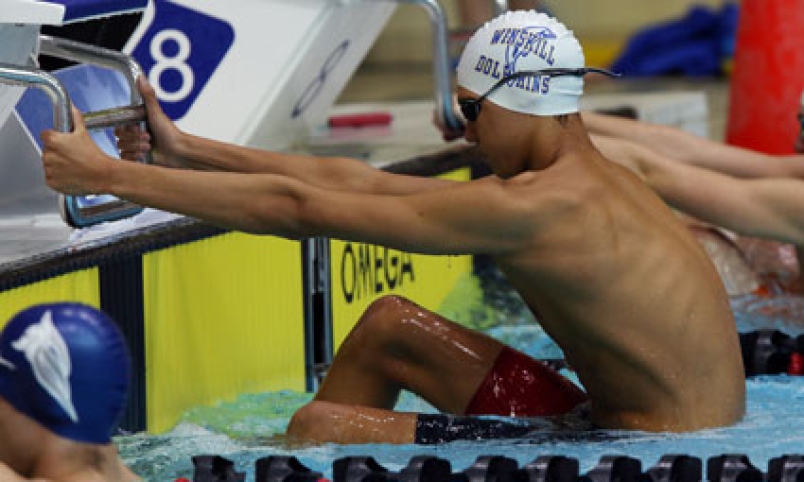 Fear of the unknown was holding Markus Thormeyer back in the pool.

When the Canadian swimmer told teammates he was gay, the walls he’d built up came down and Thormeyer felt liberated to swim fast.

The feeling propelled him onto Canada’s 2016 Olympic swim team in Rio.

The 22-year-old from Delta, B.C., recently wrote about coming out for Outsports.com.

Thormeyer and dozens of swimmers from across the country would have begun competing for the 2020 Olympic team Monday at trials in Toronto.

But trials are on hold because of COVID-19, which has also postponed the Summer Olympics to 2021.

His sexuality known to friends and teammates, Thormeyer started writing a draft about coming out just prior to him winning a bronze medal in the 2018 Commonwealth Games.

“The story is about how I was struggling,” Thormeyer told The Canadian Press. “Struggling, but then I got out of it through coming out and finding support.

“If I’m able to help anyone else out who is going through a similar thing, give someone hope or inspire anyone, literally anyone, I would be happy.”

Thormeyer was in a training group of a dozen swimmers in Vancouver in 2015. Gruelling twice-a-day workouts and swimming to exhaustion expose an athlete’s character to others.

The national record-holder in the 200-metre and 100-metre backstroke got gold and bronze in those distances respectively in January’s Champion Swim Series event in China.

Thormeyer placed eighth in the 200 metres in last year’s world championship. He also swam for the men’s freestyle relay team that concluded in fourth place.

Thormeyer swam the third leg for the men’s relay team that placed seventh in Rio.

His account of coming out was posted by Outsports.com in February.

The environmental science student at the University of British Columbia hopes it can help anyone experiencing the same feelings he did four years ago.

“It took me four years of maturing myself, just living life, experiencing things and doing self-exploration before I could put it into words properly in a way that I’d be proud of showing people, something that I know is true to me and could have a positive impact on other people,” Thormeyer explained.

He and Canada’s other Olympic hopefuls had just started tapering for trials earlier this month when COVID-19 closed their pools and dryland training facilities.

“I guess I am curious about how the next couple months are going to play out, but I’m not worried about it or anything,” Thormeyer stated.

“I try and adapt and make the best of it. If I just keep my head and live life, that’s all I can do.”