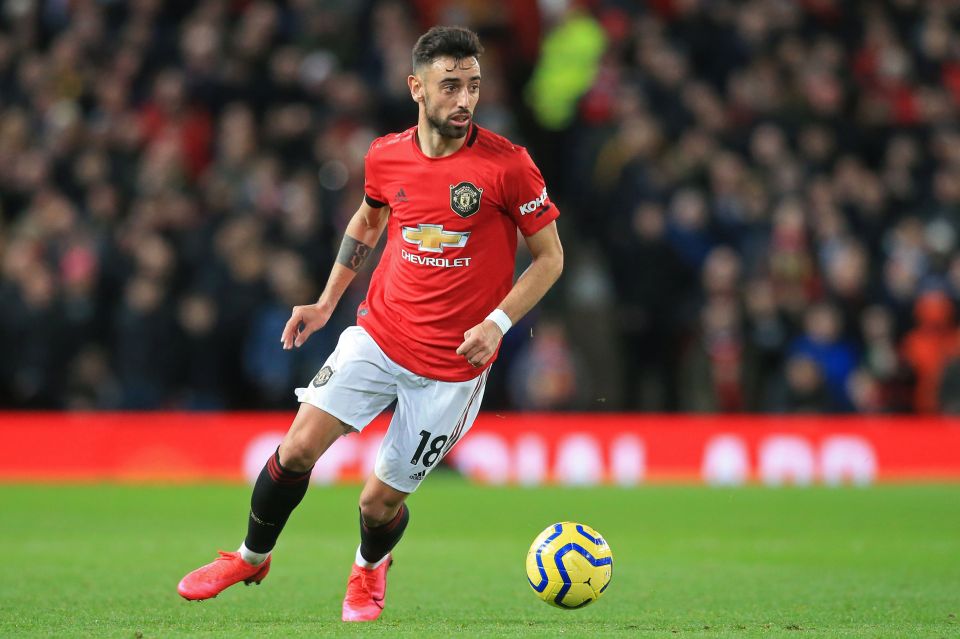 The Portugal international midfielder has made a bright start to life at Old Trafford and now wants to follow in some illustrious footsteps.

Bruno Fernandes is setting lofty goals at Manchester United, with the Portugal international looking to match the trophy haul achieved by Cristiano Ronaldo during his time at Old Trafford.

The Red Devils provided a five-time Ballon d’Or winner with the springboard on which to soar to never before seen heights after snapping him up from Sporting in 2003.

A familiar transfer path was taken in January 2020 as Ole Gunnar Solskjaer raided the ranks of the Portuguese heavyweights for 25-year-old midfielder Fernandes.

He has hit the ground running in English football, with favour earned within a demanding fan base and a key role taken up in Solskjaer’s plans.

Fernandes is making no secret of the fact that he wants to help bring the good times back to the Theatre of Dreams, letting him follow in some illustrious footsteps.

“Cristiano Ronaldo and Nani won big trophies here and that makes me want to achieve that.

“Nani, with whom I had the opportunity to train at Sporting, has always spoken well to me about Manchester United.

“And the fact that Cristiano has given a lot of good references to whoever spoke to him during my transfer makes me proud, for a player like him to recognise my worth.”

Ronaldo got eight major honours during his time in England, including three Premier League titles and a Champions League crown.

Seeing Fernandes get anywhere near that tally would mean that United have found substantial value in a €55 million (£47m/$60m) deal.

Fernandes is, however, of the opinion that the Red Devils were forced to pay over the odds for his signature in what is still an inflated transfer market.

“Never were the values so high as now,” he said.

“I think it’s an exaggeration. My transfer, the figure mentioned, the add-ons that could still be, the value that was paid for me was very high.

“Players that were bought at that value some time ago were Ballon d’Or winners.”