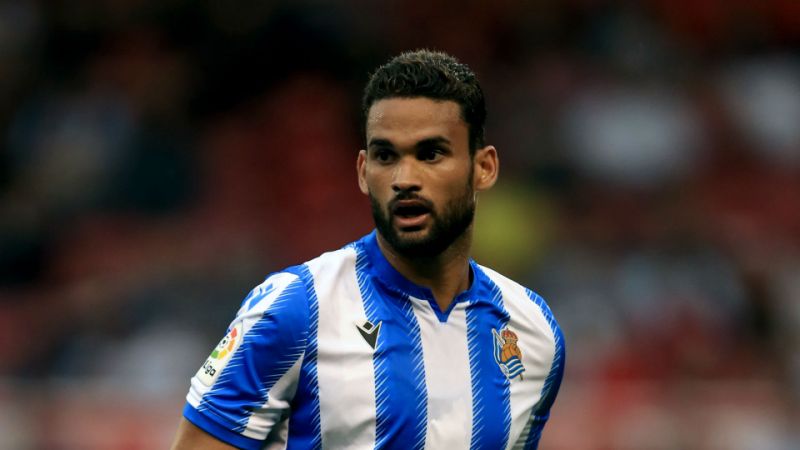 Real Sociedad striker Willian Jose is pushing for a move to London and has a €70 million buy-out clause in his contract, but Tottenham are negotiating a much lower fee.

The negotiations have started around the €20-30m mark and talks will continue with a view to reaching an agreement soon.

Jose, 28, still has four-and-a-half years left on the new deal he signed with Sociedad in 2018, but the Brazilian is putting pressure on his club to let him leave.

Spurs are confident they will strike a good deal and are encouraged by the fact Real Sociedad have opened the door for a move.

They have also been buoyed by Sociedad’s search for a substitute. Former Tottenham striker Fernando Llorente and Girona’s Cristhian Stuani are on the La Liga club’s list of targets, sources have told ESPN.

Jose was left out of the squad that defeat Espanyol in the Copa del Rey on Wednesday evening. He joined Real Sociedad in 2016 for €6m from Uruguayan club Maldonado, who still own 30% of his rights.

Spurs manager Jose Mourinho has identified him as the player he needs to replace Harry Kane during his time on the sidelines with an injury, but also believes the Brazilian can strengthen north London side’s squad.

The 6 ft. 2 in. striker is physically strong with a good finishing touch.

He has eight league goals this campaign in 20 La Liga games — 16 of which he started.

His most prolific season was in 2017-18 when he scored 15 league goals. Last season he netted 11 times in La Liga. He signed for Real Madrid’s B team ‘Castilla’ from Santos when he was 22-years-old and made an impact in every sense getting sent off after 15 minutes in one game and scoring a hat-trick in another. He was behind Raul de Tomas (recently signed by Espanyol for £17m) but eventually jumped ahead and was called up to the first team squad by Carlo Ancelotti.

After being released by Real Madrid he had decent spells at Zaragoza in the second division and then with Las Palmas before earning a move to Real Sociedad.