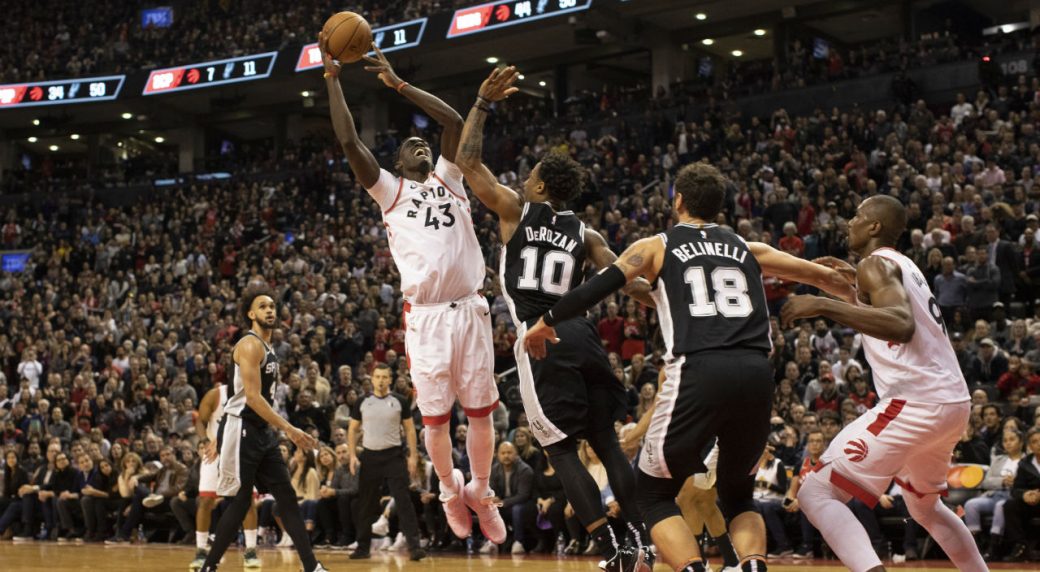 The Toronto Raptors and San Antonio Spurs did not want to be on the court after learning Kobe Bryant had died, but they tried to honour him as best they could.

The teams collaborated on a touching tribute to Bryant at the beginning of their match Sunday, with each team dribbling out the 24-second shot clock in remembrance of the No. 24 worn by the retired NBA great, who died in a helicopter crash at age 41.

Pascal Siakam scored 35 points to lead the Raptors past the Spurs 110-106 on a day when many players’ thoughts were elsewhere.

“You think about his family and his friends and the situation they are going through,” Toronto veteran Marc Gasol said. “You just want to go home and kiss your kids and your wife. The rest is irrelevant right now.”

Bryant and his 13-year-old daughter, Gianna, were among the nine people killed when the helicopter they were riding in crashed in Calabasas, Calif. The teams found out about Bryant’s death about an hour before the afternoon tipoff.

San Antonio held a moment of silence before the match.

Spurs assistant coaches Becky Hammon and Tim Duncan and guard Lonnie Walker IV were visibly upset. Hammon and Walker wiped away tears and Duncan had his hands over his face.

DeMar DeRozan, who scored 14 points, consoled Walker even as he battled his own emotions. DeRozan, who was raised in Compton, California, was a fan of Bryant growing up and became close friends with him.

Robinson said one of the things that made Bryant so special was his ability to connect with fans around the world.

“He had an appeal worldwide,” Robinson said. “He was a very international player. Spoke [different] languages, played all over the world. I think he was very relatable. Obviously, he elevated the game. I come from the Magic [Johnson] and Larry Bird era, where it began to get to be an international game and Kobe was kind of the next link in that chain and did an unbelievable job.”

Bryant spoke Spanish and Italian after spending part of his youth in Europe while his father, Joe “Jellybean” Bryant, played pro basketball in Italy. Bryant used that proficiency to his advantage on the court, too, speaking in Spanish to trash-talk then Spurs rookie Manu Ginobili during his first game versus the Lakers.