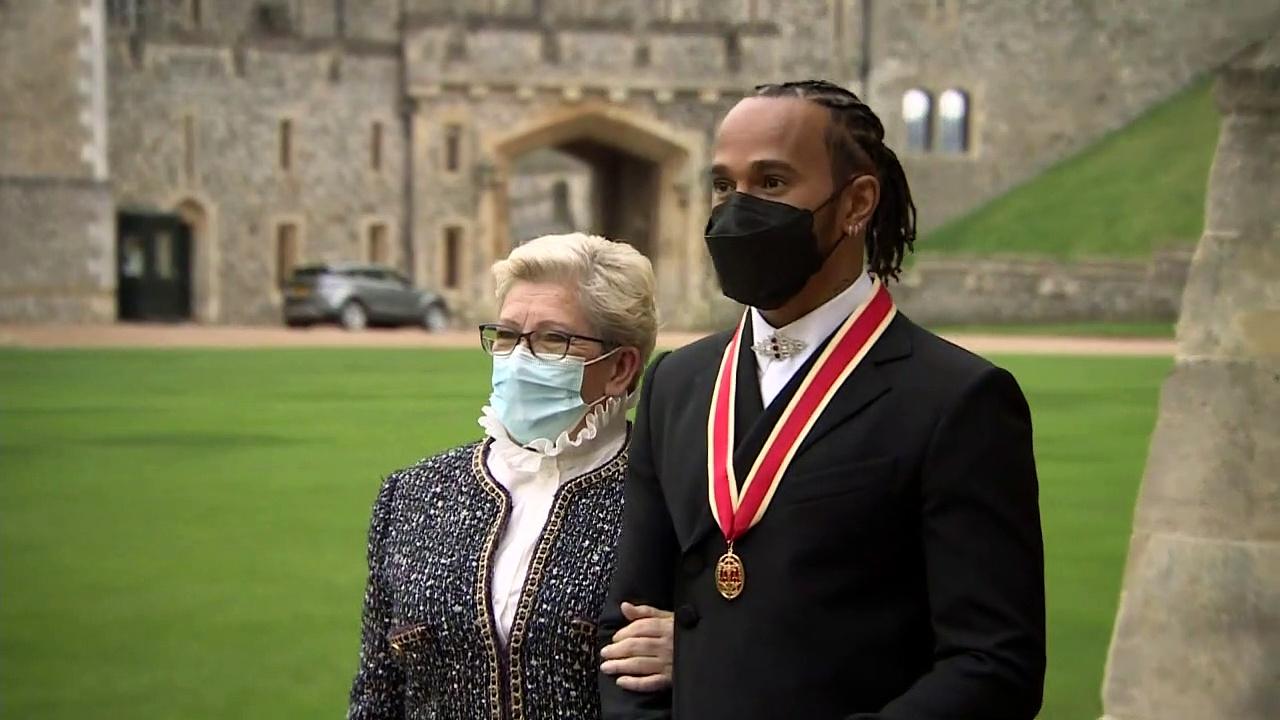 Hamilton, 36, was named in the Queen’s Honors List last December after he equaled Michael Schumacher’s all-time record of seven championships last year and received the knighthood on Wednesday.

He was knighted by the Prince of Wales, becoming just the fourth F1 driver to receive the honor after Sir Jackie Stewart in 2001, Sir Stirling Moss in 2000, and Sir Jack Brabham in 1979.

A knighthood is an award and title given by a British king or queen for high achievement and services to their country within their industry.

Hamilton was denied a record breaking eighth title on Sunday when he was controversially beaten by Max Verstappen at the Abu Dhabi Grand Prix on the last lap.

Hamilton was awarded a MBE — a Member of the Order of the British Empire which is given to a person for making a difference in their line of work and the third highest award — in 2009 after he won his first championship.

The Mercedes driver has won more races and scored more pole positions than any other F1 driver in history.

Hamilton is also the first and only Black driver in Formula One’s 70-year history. In 2020, the Briton launched the Hamilton Commission to look at ways of improving representation of Black people in UK motorsport, and after a period of consultation issued recommendations to increase diversity in the sport.

In 2021, Hamilton also launched a charity called Mission 44 which aims to empower young people from under-represented groups in the UK and support organizations in narrowing gaps in education and employment. He made a personal pledge of £20 million to the charity.