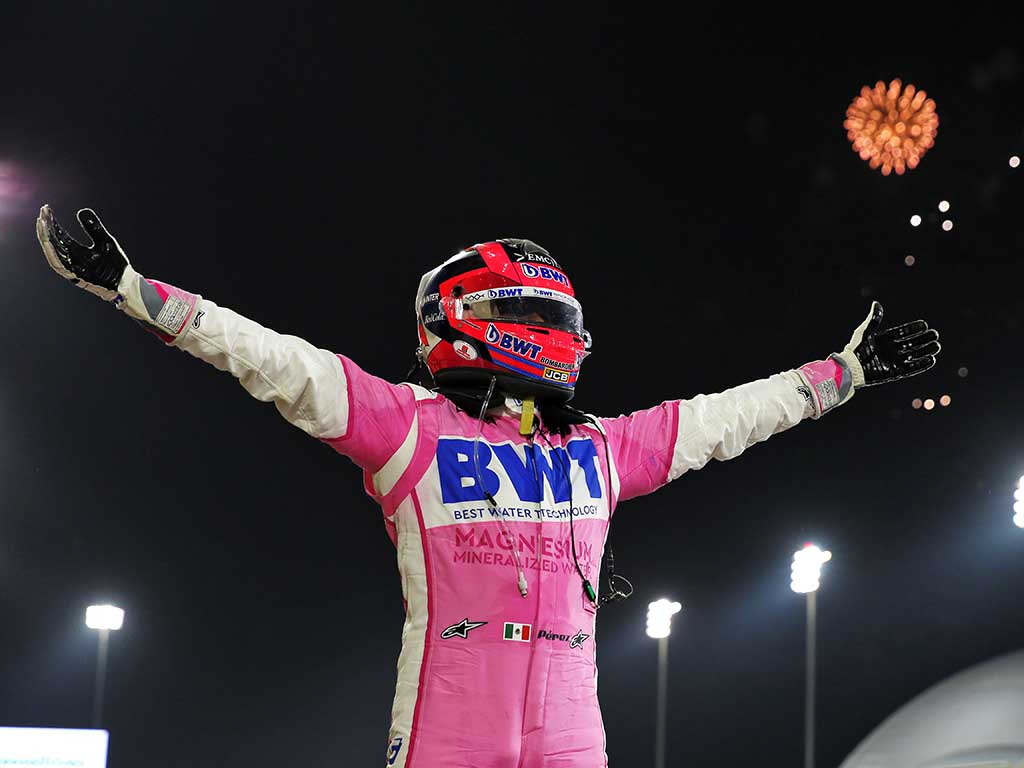 Sergio Perez stated he felt like he was dreaming after claiming an astonishing first Formula One victory at the Sakhir Grand Prix.

Having dropped to last position on the first lap after contact with Ferrari’s Charles Leclerc, Perez found himself leading the race ahead of a Safety Car restart in the closing stages. Perez has benefitted from a huge mixup by Mercedes at its pit-stop which took both George Russell and Valtteri Bottas out of contention.

When Russell suffered a puncture in the closing laps, Perez was able to cruise to the finish — his first victory in a record 190 attempts.

“I’m speechless,” Perez said afterwards. “I hope I’m not dreaming, because I’ve dreamt for so many years of being in this moment, 10 years it took me – incredible.

“I don’t know what to say. After the first lap, the race was again gone, same as last weekend. But it was about not giving up, recovering, going through it, just making the best we possibly could.

“This season the luck hasn’t been with us this year but we finally got it.

“I think we won today on merit. The Mercedes had some issues, but I think in the end my pace was strong enough to hold George, who did a fantastic race today.”

Perez had been concerned he might have to pit out of his leading position.

“I made a big mistake during the safety car, I locked up my front left tyre badly. “So during my first stint, I had so much vibration. But as soon as I recovered in the second stint, I told my team this car felt just like a limousine, so easy without the vibrations.

“We had tremendous pace. And then I think we read really well the race throughout the weekend. We came here thinking it was going to be a two-stop, but after my long run on Friday, we knew what we had to do today.”