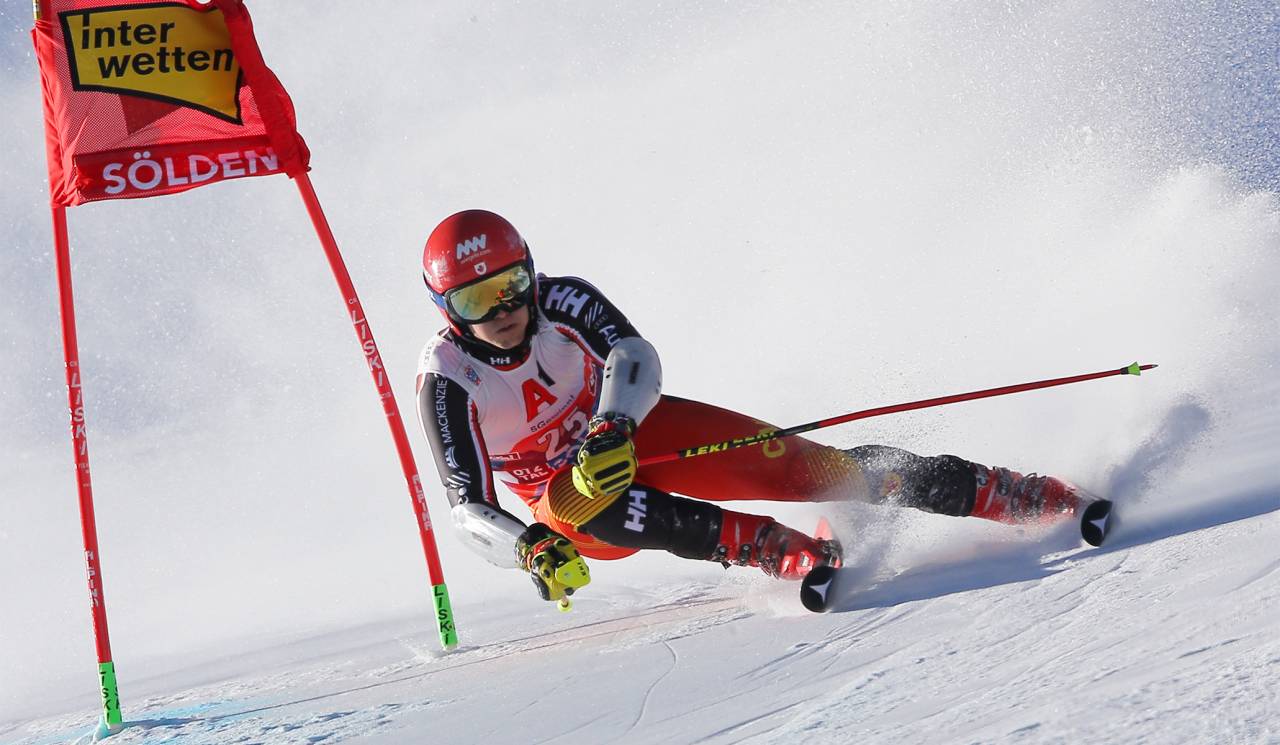 The 29-year-old Read clocked one minute 9.84 seconds, lifting the Canadian from 23rd spot in the Italian Alps. Last week, he placed 12th in parallel slalom in Lech, Austria.

“The conditions were not easy at all today. Snow accumulating on the goggles, some gates on firm snow, others it felt more like skiing through powder,” Read told Alpine Canada.

“I [cleaned] up my skiing, carried speed, and kept a high line on the few turns with bad snow in the second set. Really happy today, especially winning a World Cup run for the first time.”

Vancouver’s Riley Seger, who joined his teammates in Europe recently after a training block with the speed group in Canada, didn’t qualify for his second run. After this weekend, Seger is planned to travel to Zinal, Switzerland to join Kyle Alexander of North Vancouver, B.C., and Vancouver’s Sam Mulligan at the European Cup.

Filip Zubcic, who prevailed at a giant slalom in Japan in February, had a blistering second run in dense snowfall in the Italian Alps to edge half-time leader Zan Kranjec for his second career World Cup triumph.

Racing in flat light, the Croatian skier was almost seven-tenths off the lead after the opening run but posted the second-fastest time in the final and beat Kranjec by 0.12 seconds. “The slope was really difficult,” Zubcic said. “[It’s] snowing, but I skied really good. I had a lot of trainings in conditions like these so for me it was quite normal. I am a really strong skier, I have the power and that’s why when the conditions are tough, I can ski really fast.”

Pinturault was eight-tenths off the lead in fifth.