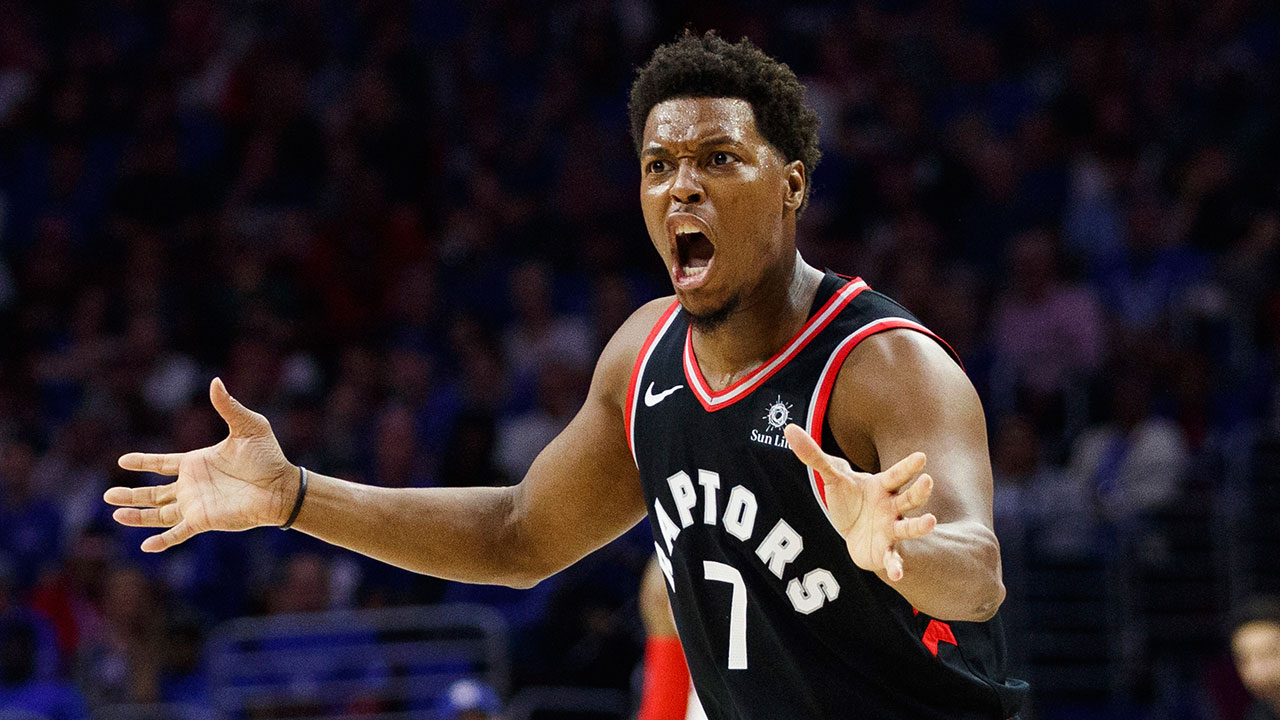 The Toronto Raptors have carved out a reputation over the past few years of being a mentally tough and adaptable team that’s excellent at making modifications down the stretch.

Three games — and three losses — into the season, they’ve looked nothing like that version of themselves.

Kyle Lowry had 24 points, nine assists and eight rebounds, but the Raptors dropped a 100-93 decision at Philadelphia on Tuesday, crumbling down the stretch to fall to 0-3 to start the campaign for the first time in 15 years.

Moments after the loss, Lowry said he thinks his team is still mentally tough, but “We’re not all on the same page right now. “We’re adding a couple of new guys, new positions and new roles and this and that, and I think with the shortened pre-season, the shorter time off, guys are still getting their legs under them a little bit,” the veteran guard said.

“I think we don’t have time to waste, we’re 0 and 3, we need a win really really bad and I feel like we’re getting to that point where it’s a must-win.”

Joel Embiid had 29 points and 16 rebounds to top Philly.

Pascal Siakam had 20 points for Toronto but just two in the fourth quarter, and five fouls in the final six minutes. When he fouled out in the dying minutes, he trudged straight to the locker-room, a picture of frustration.

“I think there’s a little bit of unsettledness with the team,” coach Nick Nurse said. “I think it’s evident with a lot of the guys’ offensive play being so erratic. I think some of that is carrying over to the other end. We’ve got to stretch out our good moments. We’ve played some great moments in all the games. Tonight, that was probably 30 really good minutes, really, really good.”

OG Anunoby had 20 points, while seldom-used Stanley Johnson had eight rebounds to go with seven points.

The Raptors led by 14 in the first half, but went cold in the third quarter — the same problem that cost them in Games 1 and 2. Toronto were held scoreless for the final five-and-a-half minutes of the frame, coughed up 10 points on six turnovers, and looked scattered on the defensive end, while the Sixers tied it up 76-76 with one quarter to play.

The Raptors regrouped in the fourth and when Johnson flew in to throw down a missed Alex Len free throw with 8:40 to play, the highlight-reel play had his teammates smiling and the Raptors up 85-78.

The Sixers (2-2) bounced back and when Tobias Harris scored with 3:01 to play. Then Embiid connected on a pair of free throws and the Sixers went up by four points, their biggest lead of the match to that point.

The Raptors also lost the lead with a bit of bad luck. Aron Baynes sidestepped Embiid to knock down a three-pointer and put Toronto up by three. Embiid was at the free-throw line when officials stopped the game and went to look at video review, determining the ball hadn’t left Baynes’ hands when the shot clock sounded.

Toronto saw three points disappear from their total, and the Sixers were suddenly up by one.

Lowry ran the length of the floor to score, but a wide-open Seth Curry connected on a three-pointer to give Philly a five-point lead with just over a minute to play. Toronto turned the ball over on the next possession and it was game over.