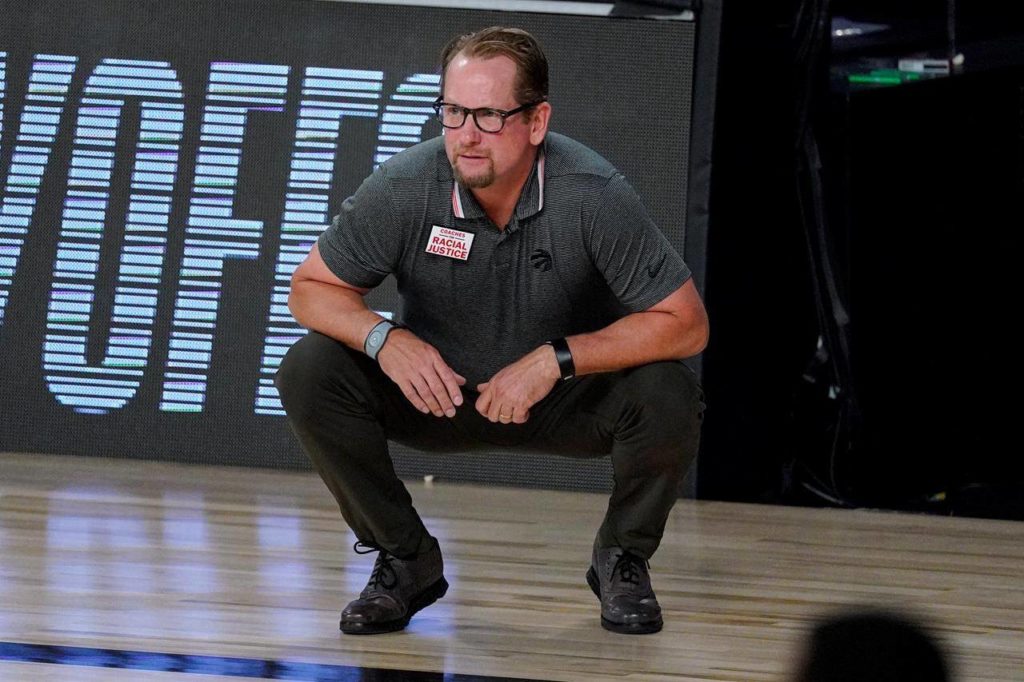 Toronto Raptors head coach Nick Nurse is still taking time to “decompress” after a strange NBA campaign that began with a championship banner raising at Scotiabank Arena, was interrupted by months by the COVID-19 pandemic and ended with a tough second-round exit in an empty arena at the hands of the Boston Celtics.

When the time comes to start ramping up for the next NBA season, whenever that may be, Nurse says he and his staff will be ready.

“We’re still fresh off the season. We’re certainly in decompress mode right now. It was a little more stressful maybe,” Nurse said Thursday on a video conference. “We do need a little more time to put that season behind us. So we’ll do that now and wait until we hear what the information will be as far as going forward.”

The NBA’s reigning coach of the year signed a multi-year contract extension with Toronto, a priority for the team after Nurse led the Raptors to a title in his rookie season and to a 53-19 regular-season record this campaign despite losing superstar Kawhi Leonard to free agency and dealing with a host of injuries to key players.

“I’ve loved being here, loved the job, and there’s nothing not to love man,” Nurse stated. “It was time to renew a contract, and that’s what we did. It was really easy.”

Locking up Nurse, however, is just one of several objectives the Raptors hope to meet over a busy off-season. Two enormous parts of Toronto’s vaunted front office — president Masai Ujiri and general manager Bobby Webster — are also entering the final year of their contracts.

“There’s a little concern,” Nurse said. “I never was concerned that they were not going to get a deal done for me, I hope I feel the same about Bobby and the same for Masai.

“If it changes, it’s probably going to be for a good reason for somebody.”

I think there’s a high level of respect for what these guys have done for this organization as well.”