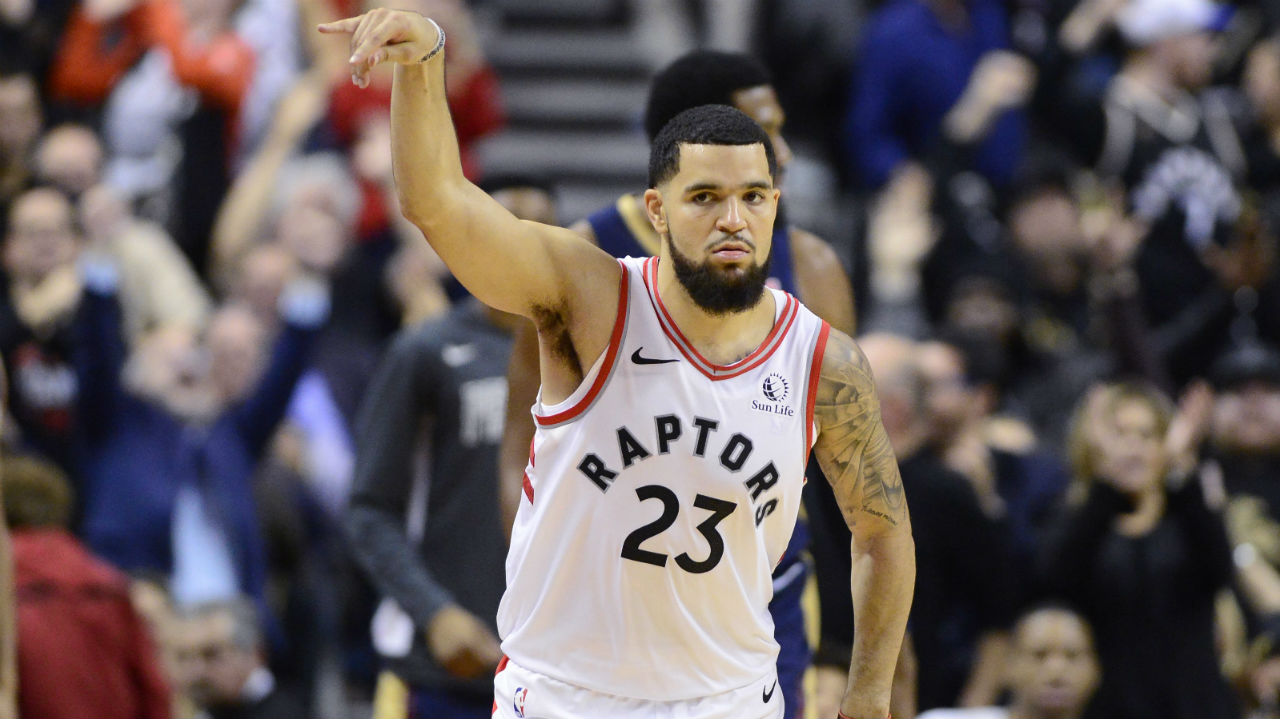 Toronto Raptors guard Fred VanVleet was required to leave the team’s Sunday evening scrimmage versus the Portland Trail Blazers due to a left knee injury.

The Raptors-Blazers match-up is apparently ill-fated. Portland point guard Damian Lillard was also forced to sit out the contest due to a foot injury.

Fred VanVleet’s emergence as one of the top guards in the Eastern Conference has been a major reason for the Raptors’ continued success even after Kawhi Leonard’s departure. The former Wichita State star came into the restart averaging 17.6 points, 3.8 rebounds and 6.6 assists while shooting 38.8 percent from beyond the arc on a career-high 7.0 attempts per game.

VanVleet has excelled on the defensive end of the floor, averaging 1.9 steals per game and routinely taking on some of Toronto’s hardest assignments.

The Raptors will hope this is merely a minor setback for VanVleet, as they hope to defend their NBA title in Orlando.

Toronto figures to be one of the top challengers to the Milwaukee Bucks in the Eastern Conference. The Raptors are among the stingiest defensive teams in basketball, ranking first in opponents’ scoring average and second in defensive rating. They have also been efficient from beyond the arc, ranking fourth in 3-pointers made and sixth in 3-point percentage.

The Raptors now hold the No. 2 seed in the East, but they will need a healthy VanVleet as they enter the seeding matches. After the game, which the Raptors won 110-104, head coach Nick Nurse told reporters the injury doesn’t seem too bad but there was no point trying to play through it in a scrimmage.

I After their victory over Portland, Toronto will be back in action on Tuesday night versus the Phoenix Suns for their third and final scrimmage. They will start regular season play on Aug. 1 against LeBron James and the Los Angeles Lakers.

F1 abandons plans to race in the Americas this year