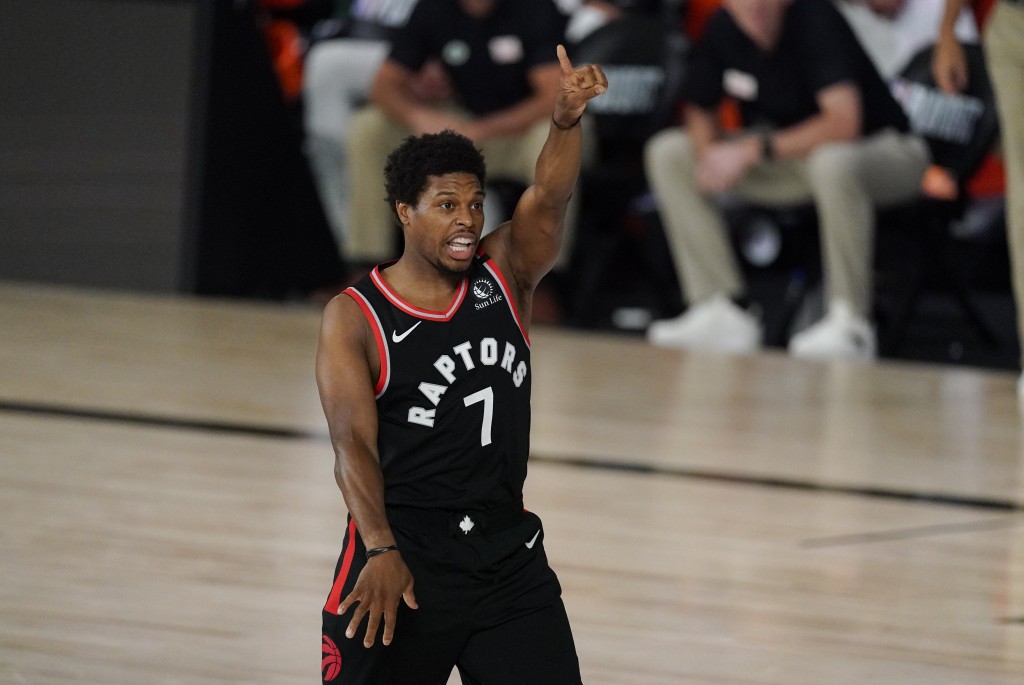 Playing on weary legs and with a gash on his chin that required three post-game stitches to close, Kyle Lowry backed his big behind into Boston’s Kemba Walker with 11.7 seconds left to play before turning and hitting a jump shot while crashing to the floor.

Lowry’s huge basket all but sealed the game on Wednesday, and he exhaled deeply as he walked back to the bench. His team and Toronto Raptors fans did too.

The six-time all-star had 33 points in 53 minutes, plus eight rebounds and six assists, in another monster performance, and the Raptors beat the Celtics 125-122 in double-overtime to even the series at 3-3, and force a Game 7 in the Eastern Conference semifinal.

“That’s what great players do,” coach Nick Nurse said. “That’s what the tough players do and he is, man. He is a great one. He’s fun to watch. He’s the ultimate competitor. Toughness and he steps into it. He’s not afraid of the moment. He made some big ones for sure. He played great.”

Game 7 is Friday, with the winner facing the Miami Heat in the Eastern Conference final at Walt Disney World.

And after a game that took double overtime to decide, it might come down to who has the most left in the tank.

When told by ESPN he’d played 53 minutes, Lowry said laughing: “Damn, that’s what it was? Ride ’em like Seabiscuit.”

For one of the first times in the series though, Lowry had plenty of help. Norman Powell scored 23 points off the bench for the defending NBA champions and was outstanding in overtime. Fred VanVleet added 21 points, OG Anunoby and Serge Ibaka, who’d been questionable after spraining his ankle in Game 5, each finished with 13 points, while Pascal Siakam chipped in with 12.

Boston took Games 1 and 2 of the series, and the Raptors battled back to take the next two, sparked by Anunoby’s astonishing buzzer-beater on a long pass from Lowry with 0.5 seconds to play in Game 3.

But the Celtics regained the momentum with a dominant Game 5 victory, pouncing on a Raptors team in one of Toronto’s worst games of the season.