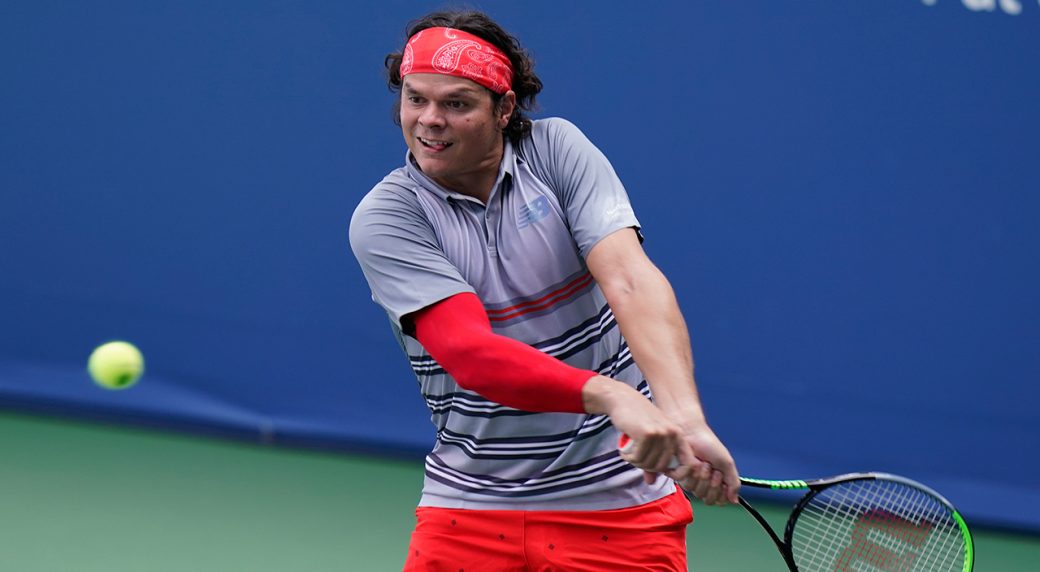 Canada’s Milos Raonic is out of the Miami Open after losing a close match in the round of 16.

It was the second upset in a row versus a Canadian for Hurkacz, who knocked off No. 6 seed Denis Shapovalov of Richmond Hill, Ont., on Monday, and his third versus a North American opponent after downing American Denis Kudla in the second round.

“Just the way it worked out this week so far,” Hurkacz said. “Very happy with my performances.

“Obviously pumped to play another match here in Miami. Just trying my best.”

Raonic fell one win short of making the quarterfinals at the ATP Masters 1000 event for the fourth time.

Hurkacz will face No. 2 seed Stefanos Tsitsipas of Greece, a 6-2, 7-6 (2) winner over No. 24 Lorenzo Sonego of Italy in the final match Tuesday night.

Hurkacz got a mini-break on the first point of the third-set tiebreak and never trailed. Raonic fought off three match points before Hurkacz finished him off.

Raonic saved 10-of-11 break points he faced in the match, while converting on one-of-two.

Raonic’s big weapon — his serve — wasn’t as effective as his opponent’s. The Canadian won 75 per cent of his points when he got his first serve in, while Hurkacz was good for 81 per cent.

“I think I served very well and that helped me to stay in the game and be competitive against Milos … He’s a very dangerous player,” Hurkacz said.

“I’m pretty happy with my serve today, and I felt I was returning pretty good. In the middle of the first set he was serving bombs and I was just trying to hold my serve to be there.”