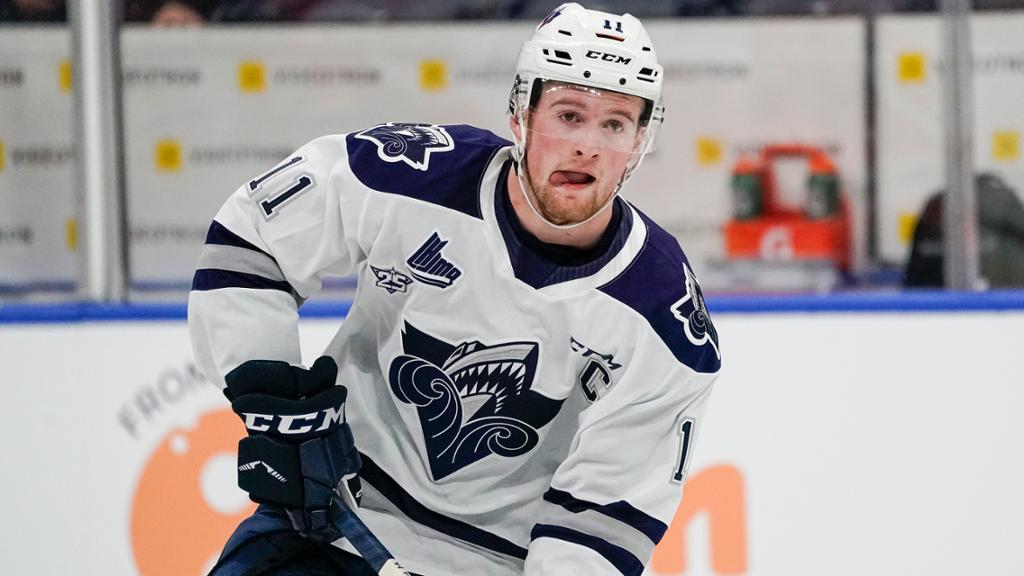 The star winger from the Rimouski Oceanic of the Quebec Major Junior Hockey League registered 35 goals and 112 points in 52 matches before the 2019-20 campaign was cancelled because of COVID-19.

Just the second back-to-back recipient of the Canadian Hockey League’s player of the year award, following in the footsteps of fellow Rimouski captain Sidney Crosby in 2004 and 2005, Lafreniere was NHL Central Scouting’s top-ranked North American skater and long-viewed as the consensus choice at No. 1. Set to turn 19 on Sunday, Lafreniere was also named tournament MVP after leading Canada to gold at the 2020 world junior hockey championship.

The draft, which was initially scheduled for June 26 and 27 in Montreal, is being held remotely via video conference due to the pandemic. Rounds two through seven are calendared for Wednesday before NHL free agency opens 48 hours later.

Lafreniere is the first Canadian to go No. 1 since the Edmonton Oilers selected Connor McDavid first overall in 2015.

The Oilers announced late Monday that McDavid had tested positive for COVID-19, is experiencing mild symptoms, and is quarantining at home.

“It’s a big honour for me,” Lafreniere said on the TV broadcast. “The New York Rangers are [a] big organization with a lot of history and a lot of great players.”

Before the Lafreniere pick, commissioner Gary Bettman announced the league and its NHL Players’ Association are now focused on starting the 2020-21 season on Jan. 1 after previously hoping to get things going Dec. 1.

Cavani ready for ‘responsibility’ of Utd’s No.7 shirt