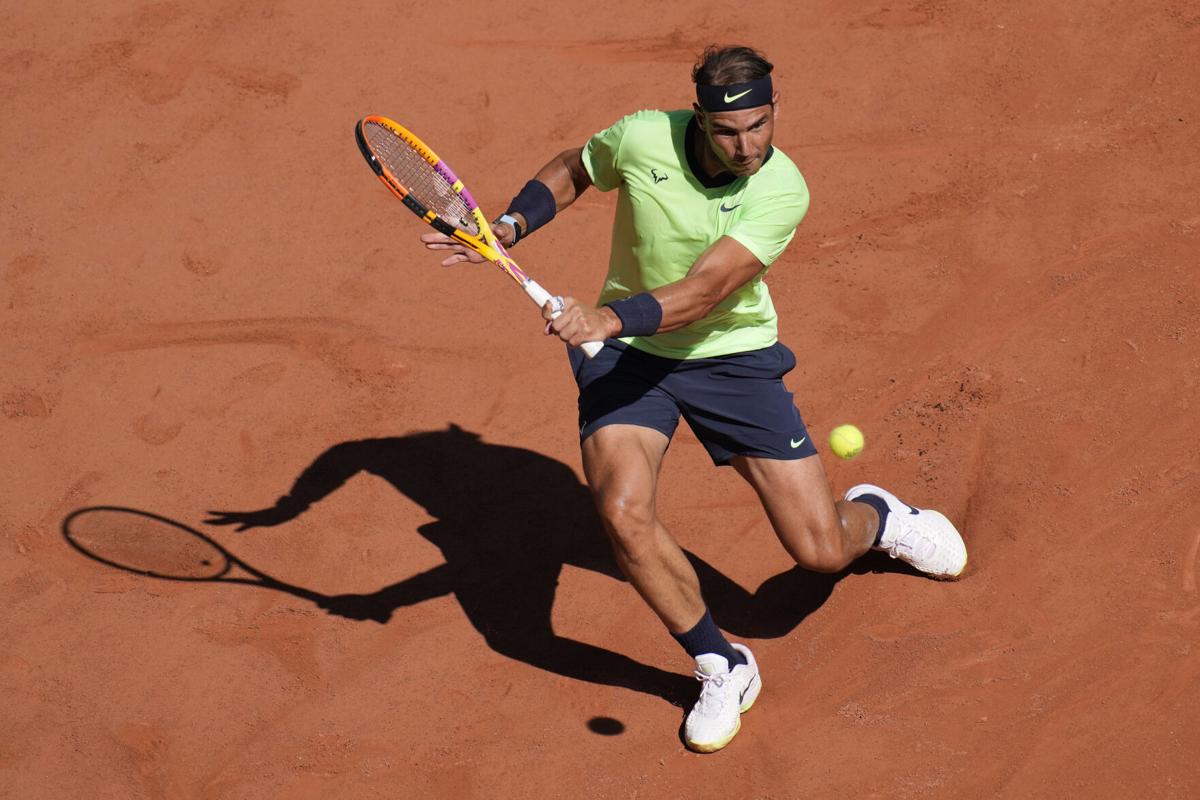 Winning a match versus Rafael Nadal at the French Open is downright difficult, of course: He went into Tuesday with a 100-2 career record at the place.

Just taking a set off the guy is nearly impossible, too. So when Alexei Popyrin twice came within a point of doing so during their encounter at Court Philippe Chatrier on Day 3 of this year’s tournament, the enormity of it all was just too much for the King of Clay’s 21-year-old opponent.

Nadal started his bid for a record-breaking 21st Grand Slam title — and 14th at the French Open, adding to a mark he keeps adding to, year after year — with a, yes, straight-sets victory over Popyrin.

The 6-3, 6-2, 7-6 (3) triumph increased Nadal’s run to 26 consecutive sets in Paris, dating to the last two of the 2019 final that he won versus Dominic Thiem. Nadal won all 21 sets he played across seven matches at the 2020 French Open, which was played in the autumnal chill of September-October after being postponed from its usual calendar spot because of the coronavirus pandemic.

“I feel like I was a little bit scared to get injured, no? But that’s past,” Nadal said Tuesday. “This year … everybody is much more comfortable.”

Back to its usual May-June schedule, the tournament has been held more under the sort of conditions Mallorca’s Nadal enjoys — the temperature was around 80 degrees Fahrenheit (26 Celsius) on Tuesday under a sun-filled sky, although rain was in Wednesday’s forecast — and he played rather well versus Popyrin until a shaky patch in the third set.

But Popyrin couldn’t close the deal there, double-faulting to deuce.

Then came another set point for the 63rd-ranked Australian at ad-in, but he shanked a leaping overhead, nearly hitting Nadal with the ball several feet beyond the baseline.

Two wild forehand misses later, Popyrin had given away the game. And soon enough, the match belonged to Nadal, too.

“The moment got to my head a little bit. You know, taking a set off Nadal, especially in French Open, is not the easiest thing to do,” Popyrin said.

Indeed, it’s not as if Nadal was feeling any sort of pressure at that juncture of the match. His mindset, he said afterward, essentially amounted to: “So what if I dropped that set? I already was up by two to none.”

“Match point is a different story,” he said. “You lose the point, you’re [done]. You are back home. Here, you lose the set. OK. We are playing best-of-five. The other player needs to win two more sets to beat you, and I know I’m going to be there fighting for every single point.”

As good as Nadal is at Roland Garros, he is seeded only No. 3, because the French Open sticks strictly to the rankings to determine its seedings. That left him behind No. 2 Daniil Medvedev, a two-time Grand Slam finalist, and No. 1 Novak Djokovic, who owns 18 major titles.