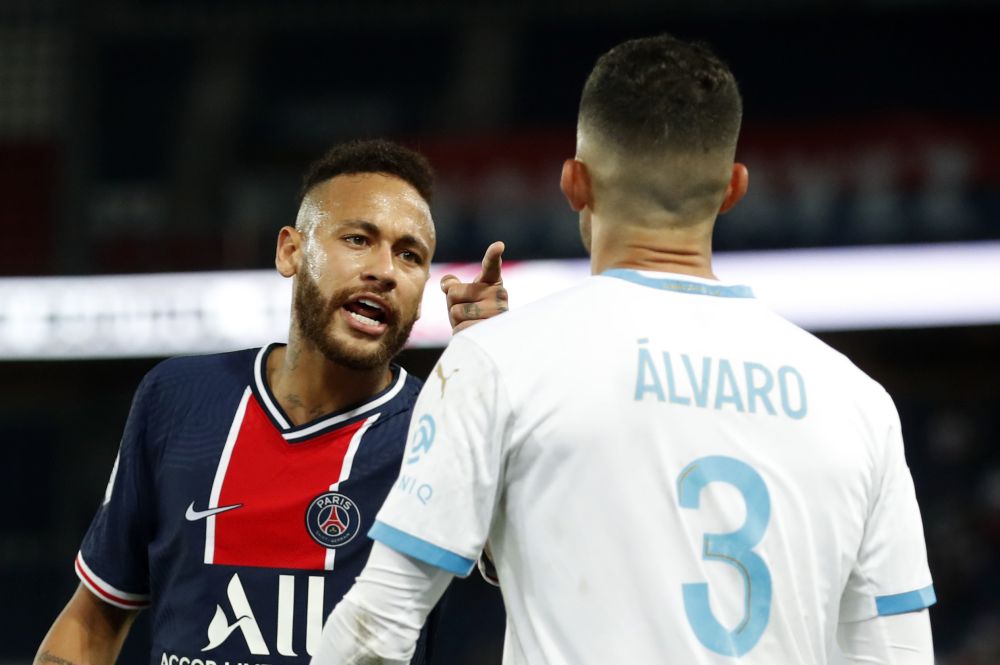 French football authorities have opened an research into Neymar’s claim of racist abuse during a contentious 1-0 loss to Marseille on Sunday, and they banned the Paris Saint-Germain star two games for slapping defender Alvaro Gonzalez in the back of the head during that match.

Neymar was sent off after a fight between the two sides broke out on the pitch at the conclusion of the match. He later tweeted that Gonzalez directed a racial slur at him during the game.

The Ligue de Football Professionnel (LFP) disciplinary committee stated it will study the TV footage of Sunday’s match to see if they can shed the light on what exactly happened between the two players.

Angel Di Maria, who has been accused by the Marseille camp of spitting on Gonzalez, has been summoned by the committee for next week, when the incident will be reviewed.

Of the punishments announced for the match-ending brawl, PSG left-back Layvin Kurzawa was suspended six matches for punching and kicking Marseille’s Jordan Amavi. Amavi was suspended for three matches for retaliating. PSG midfielder Leandro Paredes was handed a two-match ban and Marseille striker Dario Benedetto got one game.

Neymar, who was also given a suspended one-game ban, risked a heavier punishment and can be happy with two games.

The Brazil star has already missed Wednesday’s victory over Metz and will now also be in the stands for the trip to Nice on Sunday.

Paredes, who started the massive brawl, was also given a suspended one-game ban.

PSG and Marseille have yet to announce whether they plan to appeal the sanctions. The suspension adds to an increasing list served by Neymar since his arrival in Paris in 2017 as the world’s most expensive football.

He was banned for three games by UEFA — eventually reduced to two — following a foul-mouthed rant at officials following PSG’s Champions League exit at the hands of Manchester United in March 2019.

A couple months later he lashed out at a Rennes supporter following PSG’s defeat on penalties in the French Cup final, earning himself a three-match ban from the French FA.

Neymar was also sent off in a 2-2 draw versus Marseille in October 2017 for two petulant yellow cards late in the game.