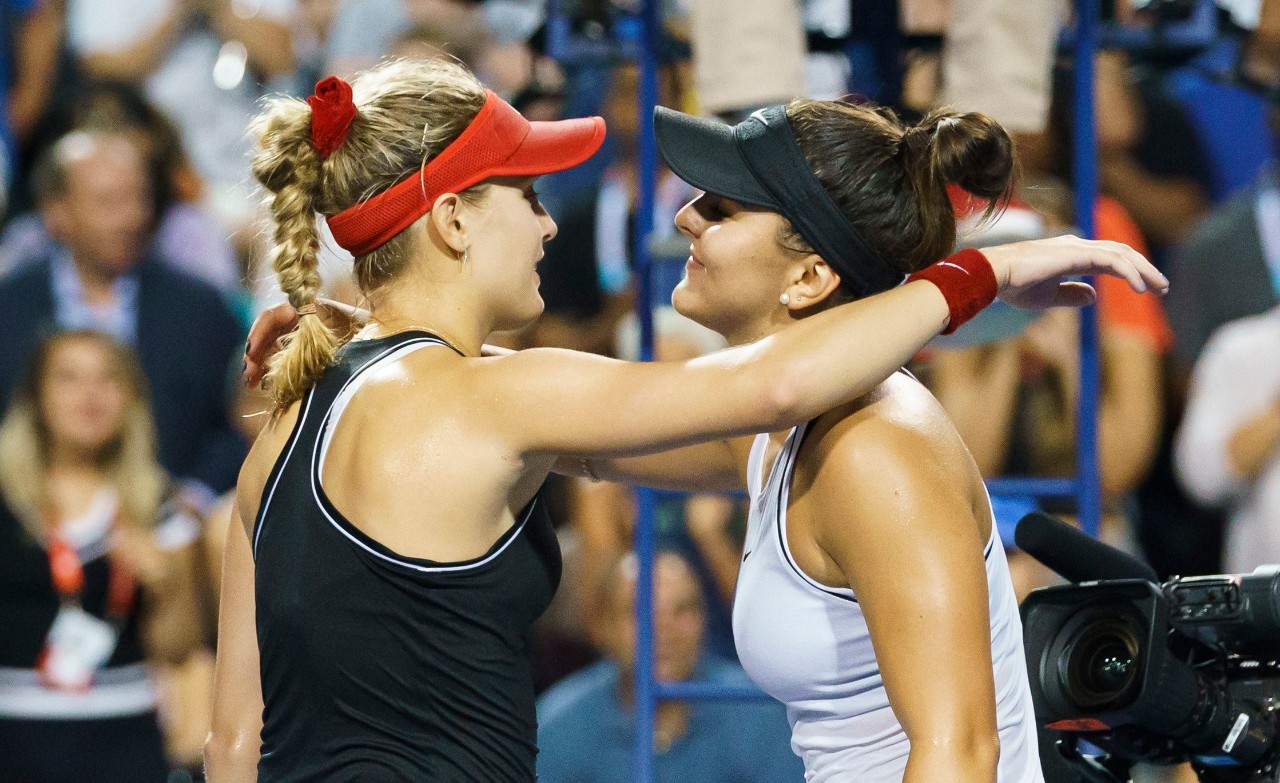 The Canadian women’s tennis landscape features a former star, a current star and a rising star.

The current star — 2019 U.S. Open champion Bianca Andreescu — has been out of action for nearly one year with a chain of injuries. She was unable to defend her title at the U.S. Open earlier this month and is likely to not play the French Open, which initiates Monday in Paris, after withdrawing from this week’s Italian Open with a knee injury.

Bouchard, the 26-year-old from Westmount, Que., and former world No. 5, reached the final of the Istanbul Open on Sunday before losing in three sets to Romania’s Patricia Maria Tig. The success represented Bouchard’s first final appearance since the Malaysian Open in 2016.

It was another sign, following her hard-fought quarter-final loss to No. 20 Elise Mertens at the Prague Open in August, that Bouchard might finally be rounding back into form. The performance helped her earn a main-draw wild card for this year’s tournament.

It’s also been a campaign full of promise for Fernandez, who heads to Roland Garros sporting a career-high ranking of 98.

The 18-year-old from Montreal won her first Grand Slam match at the U.S. open in the first round versus Russia’s Vera Zvonareva before falling to second seed Sofia Kenin.

Bouchard once fulfilled her own promise, reaching the semifinals at the 2014 Australian and French Opens before losing in the Wimbledon final that year.

Now unburdened of expectations, Bouchard rose from 272 to 167 in world rankings following her Istanbul success.

“She’s bucked up a bit. And I really think she looks like a much better athlete than she’s been in the past,” Tennis Canada analyst Tom Tebbutt said. “So, you know, she’s in good condition and she’s fit enough, I think, to play really good tennis, whether that’s top 50, top 30, top 20, top 10, I don’t know. … But I mean, she has that pedigree and she’s a really, really good tennis player.”

Bouchard spent the WTA season suspension in Las Vegas working with Andre Agassi’s former trainer Gil Reyes, known as one of the toughest fitness enforcers in the sport.

Often riddled with criticism about her commitment to excellence, Tebbutt stated the move to Reyes shows Bouchard’s focus on getting back on track.

“Bouchard has pulled herself up by her bootstraps. She’s really, really worked hard in Las Vegas. And Gil Reyes is maybe one of the very, very best guys to work with to get her fit. She’s got the basic fitness thing. Now, that’s not a concern for her anymore.”

For Bouchard, the natural talent has always existed — you don’t get to No. 5 in the world by chance. Instead, it was the mental side of tennis that played a large part in derailing Bouchard’s career for a time.