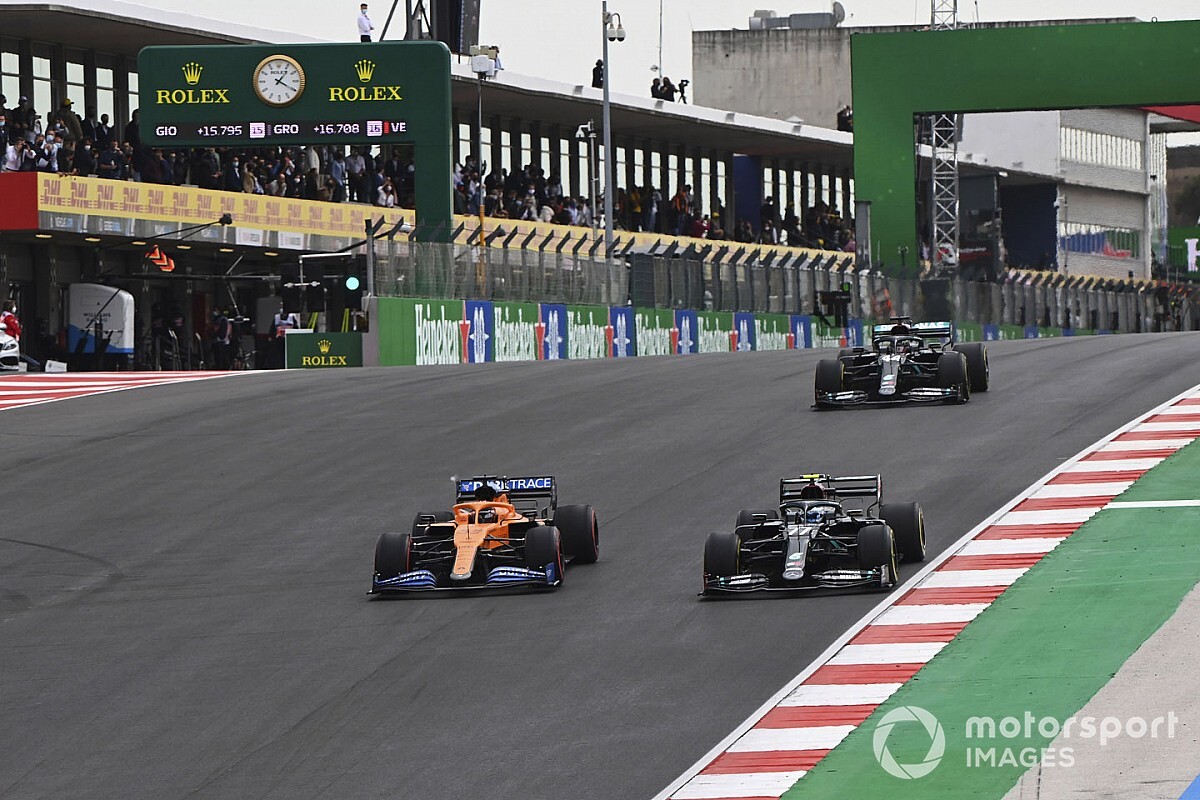 The Portuguese Grand Prix at Portimao will feature for a second consecutive year as the third race on the 2021 Formula One calendar, the championship confirmed Friday.

Portimao had its first F1 event last year to help fill gaps in the calendar caused by the Covid-19 pandemic. The circuit proved popular with drivers.

The 2021 F1 calendar initially featured a ‘TBC’ next to the third event of the year, on May 2. The slot was originally filled by the Chinese Grand Prix but that event has been cancelled for the second year in a row.

It has now been confirmed as Portimao’s race.

F1 is hoping it will be able to welcome fans to that event.

We are thrilled to reveal that Formula 1 will be racing again in Portimao after the huge success of the race last year,” F1 CEO Stefano Domenicali stated.

“We want to thank the promoter and the Portuguese Government for their hard work and dedication in getting us to this point.

“We are confident and excited about our 2021 season, having shown last year that we could deliver 17 races safely and bring our millions of fans thrilling racing at a difficult time.

“We hope to welcome fans to Portimao again this season in a safe way and are working with the promoter on the details of that plan.”

The season starts on March 28 with the Bahrain Grand Prix, which replaced the traditional season opener in Australia. The Melbourne event has been shifted to the latter end of the datebook.

Like Portimao, Imola is returning for a second year in a row, with its race on April 18. Portimao will be one of three races in May, being followed by races in Spain and Monaco.