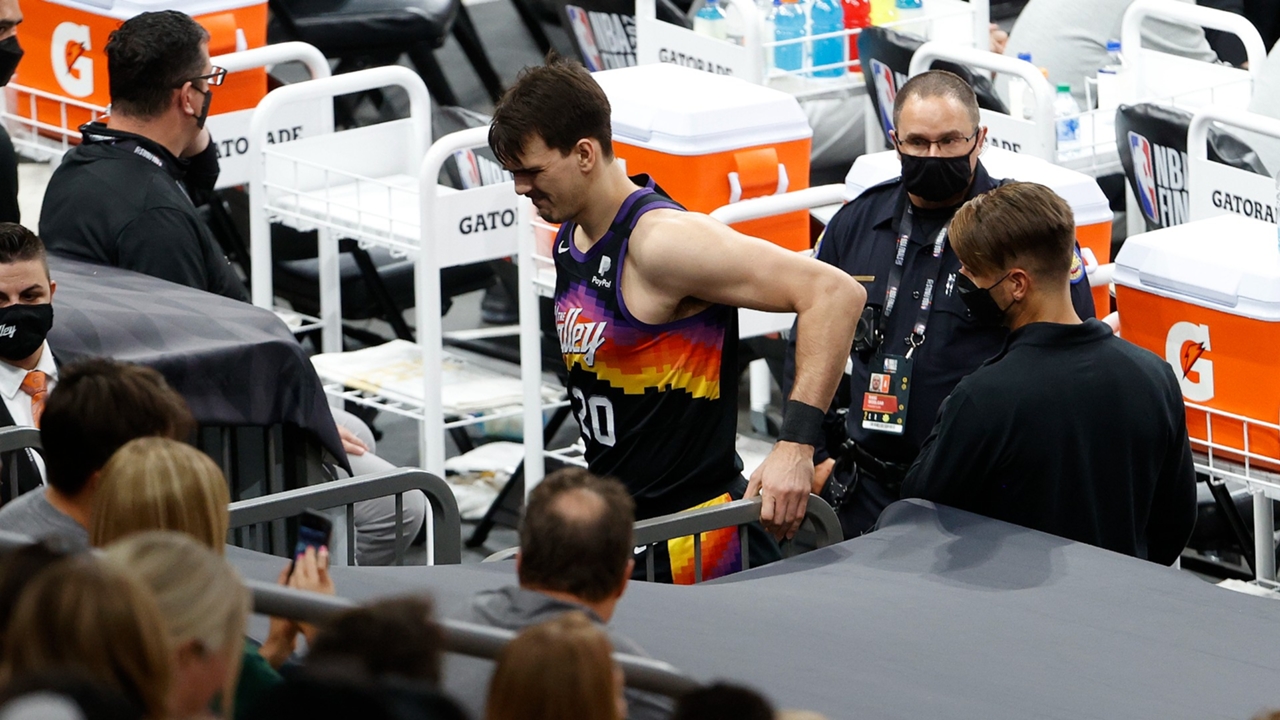 Phoenix Suns forward Dario Saric suffered a torn ACL in his right knee in Game 1 of the NBA Finals, the team revealed Wednesday.

The team stated he is out indefinitely.

“It’s just one of those situations that literally breaks your heart,” Suns coach Monty Williams said. “Dario is a guy that I’ve been with twice. I coached him in Philly, and to get a chance to be with him here, he’s what Suns basketball is about. Hard worker, unbelievable guy and he was so looking forward to playing in these Finals.

“And to play a few minutes and have that kind of injury, it was a tough thing to hear this morning.”

Saric drove on Milwaukee Bucks center Brook Lopez late in the first quarter Tuesday night and his right knee appeared to buckle when he planted his feet in the paint.

He checked out of the match with 1:43 remaining in the quarter and had to be helped off the court to the Suns’ locker room, finishing with one rebound and one missed shot in two minutes of play.

The five-year veteran came into the Finals averaging 4.8 points and 2.6 rebounds in 11.1 minutes per game during the Suns’ postseason run.

The team has relatively thin depth in the frontcourt and turned to Torrey Craig and Frank Kaminsky to fill most of Saric’s minutes in the 118-105 triumph in Game 1.

Craig has been a regular part of the playing rotation, but Kaminsky hasn’t seen much time in the postseason. “We have different options,” Williams said.

“Frank gives us quality size and playmaking ability. He’s smart. We went small last night with Torrey. We also have Doolie [Abdel Nader], who can play some small ball … So we’re just going to try to make those decisions on the fly. But those three guys come to mind.”