Phoenix Suns finish off LA Clippers in 6, advance to first NBA Finals since 1993 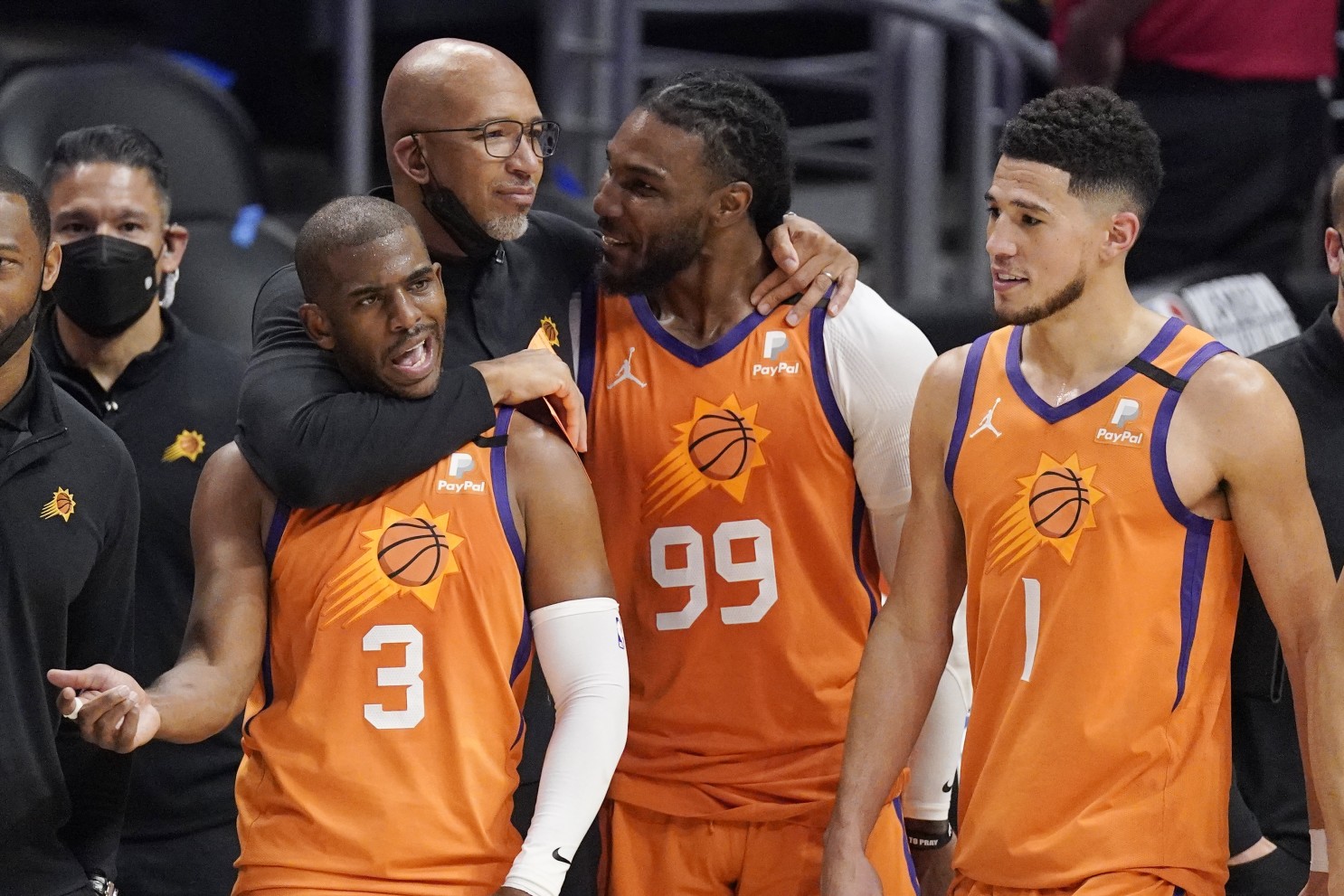 With the building he called home for six campaigns of his 16-year career going berserk after a 10-0 run by the LA Clippers, Chris Paul went on an 8-0 run of his own to simultaneously silence the crowd and begin to cast off the playoff demons that have haunted his postseason past.

Paul’s third-quarter spurt gave way to a fourth-quarter coronation. The future Hall of Famer poured in 19 more of his playoff career-high 41 points to send the Phoenix Suns to a 130-103 Game 6 victory in the Western Conference finals to earn a trip to the NBA Finals on Wednesday.

Paul and the Suns found a way to outlast the never-say-die Clippers, earning Paul his first trip to the Finals of his career and Phoenix’s first appearance in nearly three decades.

In many ways, Paul was the most accomplished player in NBA history to have never appeared on the Finals stage, as he’d earned the most All-Star appearances and All-NBA selections and scored the most career points of anyone without a Finals appearance on his résumé.

After missing the first two matches of the series while sidelined because of the league’s health and safety protocols and then struggling in Games 3 and 4 — combining to shoot just 11-for-41 — he found his game on Wednesday, going 16-for-24 from the field (7-for-8 from 3), while dishing out eight assists.

Led by young stars Devin Booker (22 points) and Deandre Ayton (16 points, 17 rebounds), Phoenix pushed ahead by as many as eight points in the first quarter, shooting 14-for-22 from the field (63.6%).

The Suns’ lead grew to double digits early in the second quarter, then was cut all the way to one before Phoenix brought it back to nine by halftime, with Jae Crowder scoring 13 of his 19 points in the period.

The Suns’ advantage swelled to 17 in the third as Phoenix — held to an average of 91 points in Games 4 and 5 of the series — pushed the pace and put 97 points on the board by the start of the fourth.

The Clippers, led by Marcus Morris Sr.’s second strong game of the series, went on a 10-0 run to stay within striking distance before Paul scored eight consecutives to give the Suns back a 15-point cushion.

The Suns’ rapid rise from a team that won just 19 games three seasons ago to the Finals can be attributed, in large part, to three key characters: Paul, who finished fifth in MVP voting; general manager James Jones, who was named NBA Executive of the Year; and Williams, who finished second for Coach of the Year.

It is just the third time in franchise history that Phoenix has reached the Finals. Charles Barkley and Co. lost in six games to Michael Jordan and the Chicago Bulls in 1993 and also lost in six games to the Boston Celtics in 1976 — the series that featured an 128-126 triple-overtime loss for the Suns in Game 5.