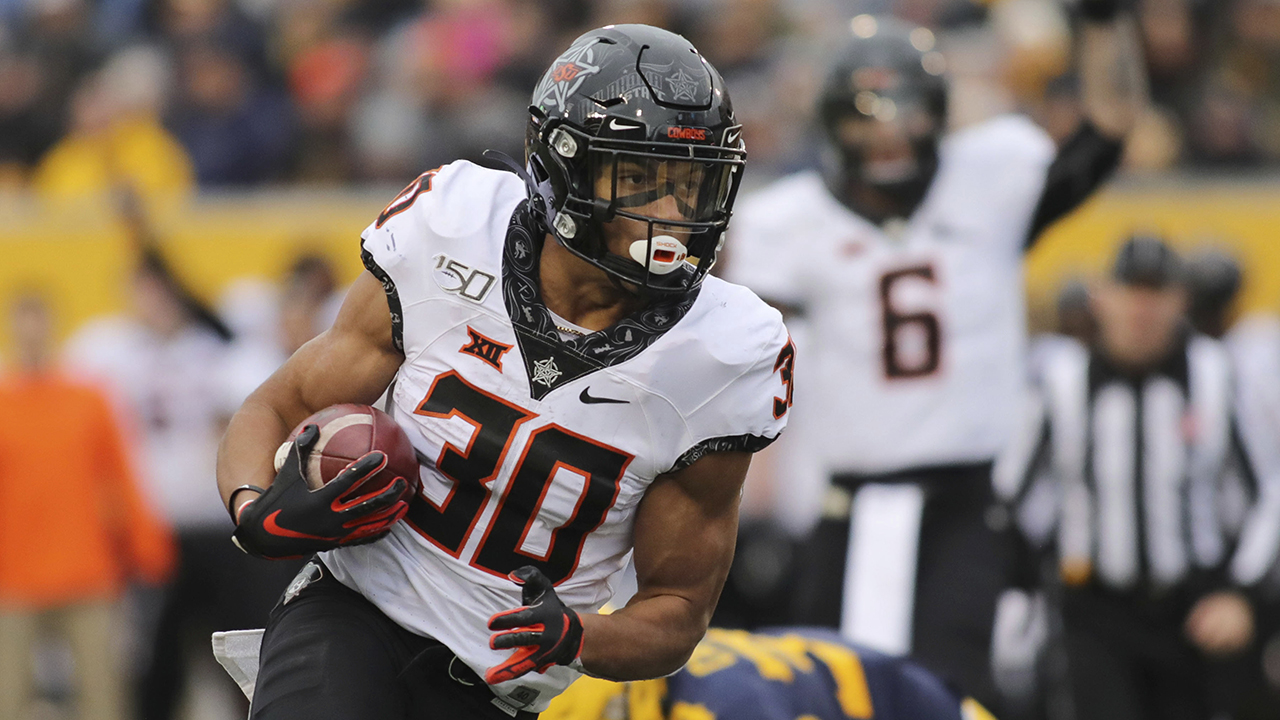 Chuba Hubbard made it a record-tying NFL draft for Canada on Saturday.

The Oklahoma State running back from Sherwood Park, Alta., was selected by the Carolina Panthers in the fourth round, No. 126 overall, of the draft. That made Hubbard the fourth Canadian selected, tying the 2014 mark for most Canucks picked

With both Iowa tackle Alaric Jackson of Windsor, Ont., and Oklahoma State linebacker Amen Ogbongbemiga of Calgary still on the board, though, it appeared a good bet it would be a record-setting draft for this country. Both were bypassed but expected to sign as undrafted free agents with an NFL squad.

Jackson not being drafted was a surprise given the towering six-foot-six, 321-pound offensive lineman was a four-year starter at Iowa. Ogbongbemiga wasn’t chopped liver either, being picked as Oklahoma State’s top defensive player in 2019.

However, being one of four Canadians drafted was a source of pride for Hubbard.

“It just shows there’s a lot of hidden gems across the border,” Hubbard stated during a Panthers’ Zoom call Saturday. “The fact that you see a lot of guys from Canada, so many of my friends, so many guys that I know, make their dreams come true and achieve all of these things, it’s great.

Hubbard became the first Canadian running back taken in the NFL draft since Carolina selected Montreal’s Tim Biakabutuka in the opening round in 1996.

But Hubbard had to wait two days in order to hear his name called. The first-round selections were made Thursday night, followed by the second and third rounds Friday.

The six-foot, 208-pound Hubbard ran for 625 yards (4.7-yard average) and five touchdowns last season. After missing two games with a high ankle sprain, he decided to opt out of the remainder of the ’20 campaign and declare for the draft.

It wasn’t the ending Hubbard envisioned when he decided to stay in school after leading American university football with 2,094 yards rushing (6.4-yard average) and 21 TDs in 2019.

“[2020] was a period to get better, become a better person, better leader, better football player,” Hubbard said. “That’s really what this year has been — I just look at it as a year of learning and growth, that’s how I’ve taken it.”

Hubbard will provide depth behind starting running back Christian McCaffrey, who ran for 1,387 yards in 2019. “I know I definitely need to work on my pass protection,” Hubbard said. “In regards to the passing game, I definitely feel I can be a threat there, a weapon there.