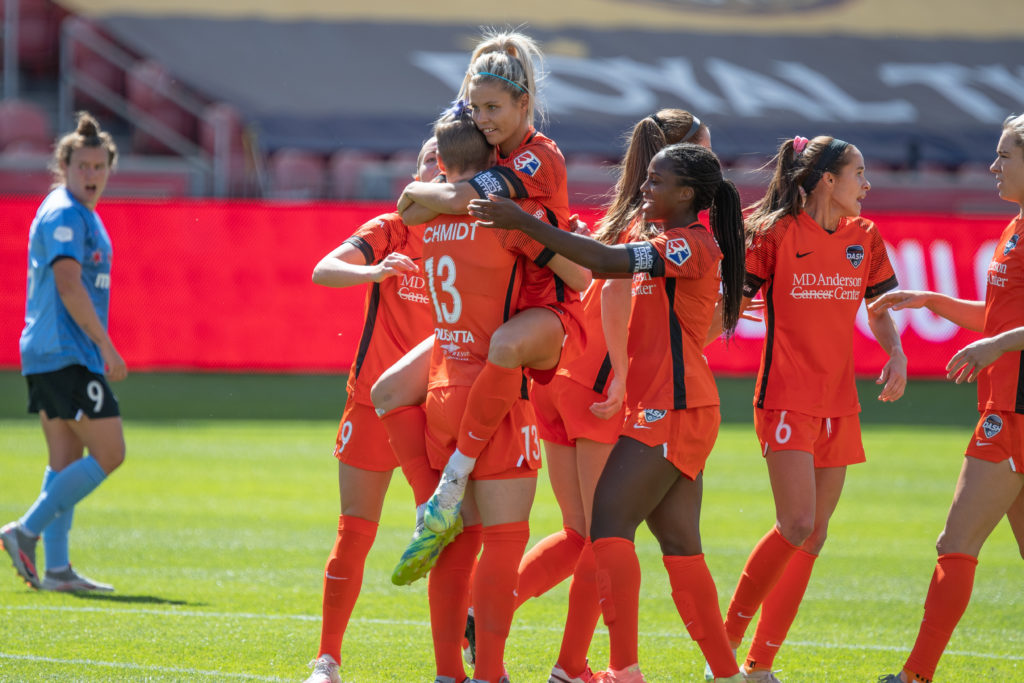 The National Women’s Soccer League has had a successful 2020 season so far, and they’re not ready to stop just yet. After signing a three-year deal with CBS that put Challenge Cup games earlier this summer on national television, they’re trying to take that success even further.

The NWSL announced their new fall series on Tuesday, a nine-team, three-pod setup that includes 18 matches over seven weeks. There will be three regional pods with three teams each, and those teams will only play each other to minimize travel. Beyond a start date of Sept. 5, there’s no real scheduling information about the series, but there is concrete info about where you can watch these matches.

As part of their deal with CBS, the network will air one NWSL game on every Saturday in September and on three Saturdays in October, and matches will also be available to stream on CBS All Access. That’s a big deal for a sports league that has struggled for media exposure.

“Building on the success of this summer’s Challenge Cup, I am so excited to smartly and safely take this next step on the NWSL’s journey,” league commissioner Lisa Baird said in a press release. “The women of the NWSL want to compete and we’ve certainly heard from our fans all over the world looking for more action this year.”

The fall series and the regional pods were established in accordance with the health and safety protocols that were used by the NWSL during the Challenge Cup.

According to the NWSL press release, those protocols have been “updated to reflect the reality of home-market matches and regional travel and will influence all league and club actions outside the field of play.

”The updated protocols require the team to travel by either charter plane or two 50+ person motor coaches. Players and personnel are required to sit six feet apart while traveling and wear masks while in transit.

Everyone must keep the same seat for the duration of the trip, and the team is required to put together a map that shows where everyone is sitting.