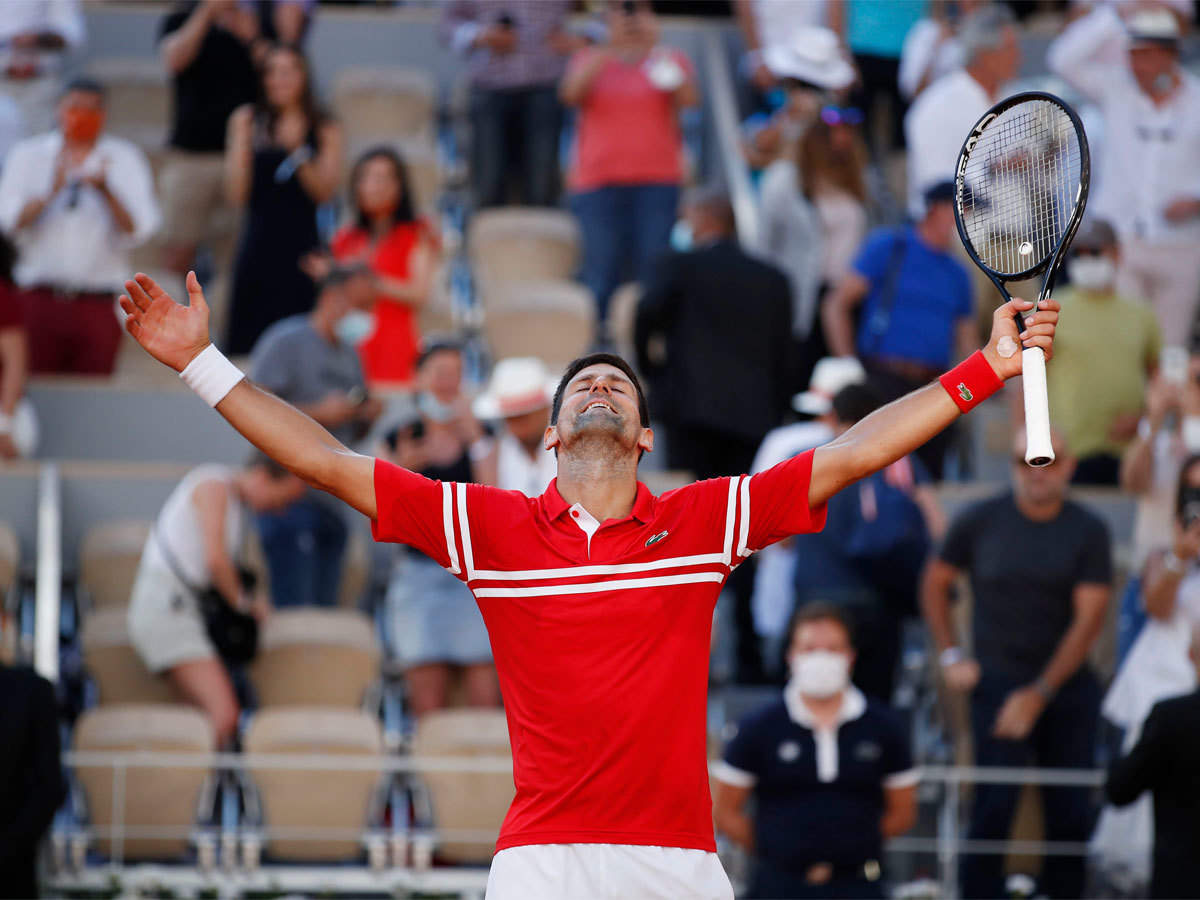 Djokovic’s second trophy at Roland Garros moves him one major championship away from tying the men’s record of 20 shared by Rafael Nadal and Roger Federer.

It also puts reigning Australian Open champion Djokovic halfway to a calendar year Grand Slam, something no man has accomplished since Rod Laver in 1969.

Djokovic, 34, eliminated 13-time French Open champion Nadal in a semifinal that lasted more than four hours Friday night. That might be why the 22-year-old Tsitsipas had the upper hand early, and Djokovic looked drained for two sets.

“It was not easy for me, both physically and mentally,” Djokovic said, “especially over the past two or three days.”

Eventually, though, he started making fewer mistakes, got his best-in-the-game return on track, served almost flawlessly down the stretch and was able to complete his sixth career comeback from two sets down — and second of the past week.

Indeed, the International Tennis Federation said Djokovic — who trailed 19-year-old Lorenzo Musetti two sets to none in the fourth round — is the first man in the professional era to gain a Grand Slam tournament after twice facing a 2-0 deficit in sets.

Experience could have been a factor, too.

This was the first major final for Tsitsipas and 29th for Djokovic, who also won the French Open in 2016, along with nine titles at the Australian Open, five at Wimbledon and three at the US Open.

Of just as much, if not more, significance to the ultimate outcome Sunday: Djokovic entered the day with a 34-10 record in five-setters — including a men’s-record 31 victories in Grand Slam matches of that length — while Tsitsipas was 5-4.

On a sunny and breezy Sunday afternoon, with the temperature approaching 80 degrees Fahrenheit, Tsitsipas needed just over 100 minutes to grab a big lead.

But the tenacious and talented Djokovic did not quit, grabbing early breaks in each of the last three sets.