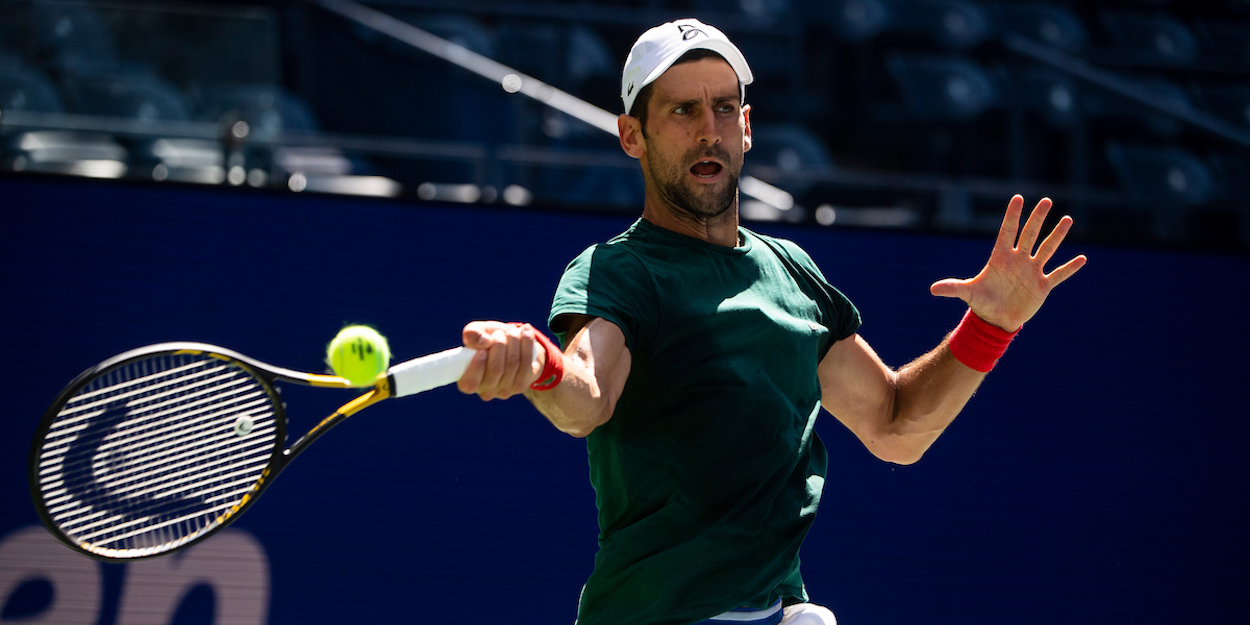 Novak Djokovic missed an overhead along the way to getting broken for the only time Thursday night and stared at a man in the Arthur Ashe Stadium stands who made noise during the point.

After breaking right back in the next game of his second-round triumph at the US Open, Djokovic glared in that direction again, as if to say, “How you like me now?” Miffed as the distractions persisted, he later spoke to the chair umpire about what’s considered a no-no in tennis.

That, then, is pretty much what provided some intrigue and interest in this one, because the ultimate outcome — a 6-2, 6-3, 6-2 victory for Djokovic over Tallon Griekspoor — seemed fairly obvious after all of about 15 minutes. Or maybe even before the No. 1-ranked Djokovic and his 121st-ranked opponent stepped on court on a cool, breezy evening.

“That guy, for some reason, was calling, raising the sound and kind of screaming just before I would hit my smash, which was a big point. Before that, he would do it a few times. After that, again,” Djokovic said. “That wasn’t nice. That’s all. I don’t mind the noise. Don’t get me wrong. I think it’s important for the entertainment, for the crowds, the music. I get it. But if someone does it over and over again … he knows why he’s doing it. The guy that I pointed out, he knew exactly what he was doing, and that’s all.”

If that bothered Djokovic, his shot-making and serving boosted his mood as he took another step toward completing the first calendar-year Grand Slam in men’s tennis since 1969 and claiming a 21st major championship to eclipse the mark he shares with Roger Federer and Rafael Nadal.

“All in all very good, very good. I’m very pleased with the level of my tennis,” Djokovic said. “All is going in the right direction.”

He considered this a better performance than in his victory Tuesday, when he dropped a set and was taken aback by hearing what he thought were boos but actually were last-name chants of “Ruuuuune!” for his 18-year-old foe, Holger Vitus Nodskov Rune.

Djokovic is 2-0 at Flushing Meadows this week and 23-0 in Grand Slam tournaments this year, with five more wins standing between him and history. “I am motivated as ever to do well,” said Djokovic, a 34-year-old from Serbia who will face 2014 US Open finalist Kei Nishikori next. “I am trying to be the best I can be every single day and let’s see what happens.”