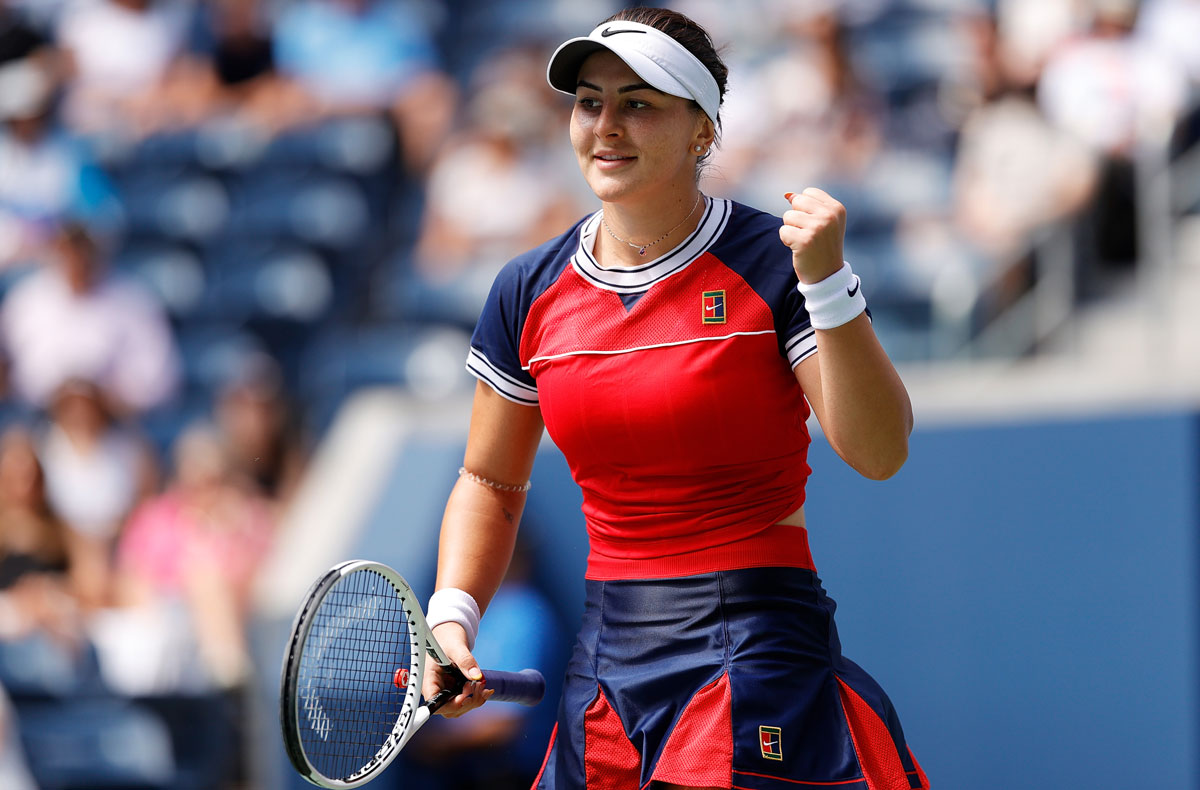 Andreescu continues to roll along at the U.S. Open.

The sixth-seeded Andreescu overpowered Belgium’s Greet Minnen 6-1, 6-2 in one hour seven minutes Saturday to advance. She converted four-of-seven break chances to improve to 10-0 at the Grand Slam following her 2019 title.

Minnen was 0-for-4 when she had the Canadian in break situations.

“I think I played really well,” Andreescu said from New York. “This is what I’ve been working towards in practice, and I’m very pleased with my return games, with my service games, with my movement on court, also with my attitude.”

Andreescu, of Mississauga, Ont., dominated the opening set, which lasted only 23 minutes. She won 93 per cent of points on her first serve and 67 per cent on her second — Minnen was 50 per cent and 29 per cent, respectively.

The Canadian also had the only two aces of the opening set and was 2-of-3 on break points.

Andreescu didn’t skip a beat in the second, registering two service breaks en route to taking a commanding 4-0 lead. Even more impressive was in the second game, she rallied from 0-40 to hold serve and go up 2-0.

Minnen finally held serve in the fifth game to make it 4-1 but Andreescu also held to make it 5-1. After narrowly missing a fifth service break in the seventh game, Andreescu served the match out to advance.

Minnen’s loss was actually her second to a Canadian in the tournament. She lost in three sets to Vancouver’s Rebecca Marino in the final round of qualifying but became a lost-minute entrant after Latvian Jelena Ostapenko withdrew before the start of the tournament Monday.

Andreescu registered 21 winners and only 11 unforced errors in the match, becoming the second Canadian to reach the fourth round of the women’s draw. On Friday night, Leylah Fernandez of Laval, Que., upset two-time U.S. Open champion Naomi Osaka in three sets.

Up next for Andreescu will be 17th-seeded Maria Sakkari of Greece. The French Open semifinalist downed 10th-seeded Petra Kvitova 6-4, 6-3 as the Czech player made 34 unforced errors and had just 16 winners.